Husqvarna was originally founded in 1689 as a military company that produced muskets for the Swedish army. As the company grew, sewing machines, kitchen equipment, chainsaws and other construction products were added to the weapons. Though Husqvarna started producing motorcycles in 1903, it wasn’t until 1966 that its motorcycles would start appearing in America. Husky’s specially designed motocross models had already claimed three FIM 250cc World Championships by the time the 1968 KAF256A came off the drawing boards.

Since 78 percent of Sweden is forest and woodland and 15 percent of Sweden lies north of the Arctic Circle, the Swedish Army calculated that an all-terrain motorcycle would be an excellent way to protect its common borders with Norway and Finland. Since Husqvarna already had a relationship with the Swedish military because of its gun business, the deal to produce 1000 specially equipped 250cc Husqvarnas was a natural extension.

The machines were very unique. One of the most interesting features was the spring-loaded and removable skis. When the skis were attached, the soldier would control the bike with his feet in stirrups on top of the skis (and shift the bike with a hand lever instead of his foot). Front and rear brake action was controlled by a dual-cable setup attached to the front brake lever. The KAF256A also came with a very large headlight and a small nightlight that couldn’t be detected by aircraft from above. The leather tank bag carried tools, spare parts and a handgun. The seat was designed to hold two people, and passenger pegs were standard. The rear rack was built to carry a radio. Of course, the 256A had a very long and extra-quiet muffler. 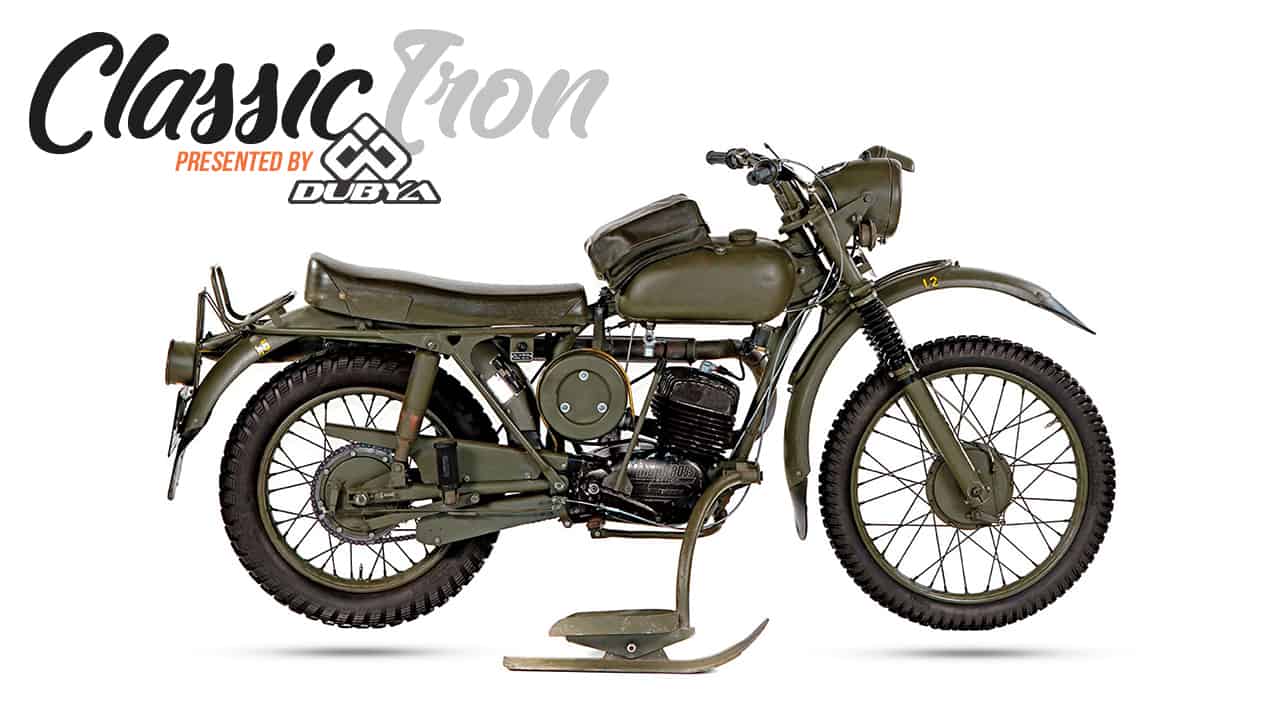 The Swedish army paid 6000 Swedish Crown (about $1200) for each of the 1968 KAF256As they bought. They were painted olive drab and outfitted with Trelleborg Universal tires, a tool bag and outrigger skis. In 1977 the army ordered 3500 military models equipped with automatic transmissions. They were based on the Husqvarna 360 Auto enduro bike, but the army bikes were gutless 250s. The autos were preferable because the army wanted to be able to teach its soldiers how to ride offroad in under five days. The U.S. army bought 1000 units.