CLEMENT DESALLE MAY RACE IN QATAR: BROKEN ARM AND ALL 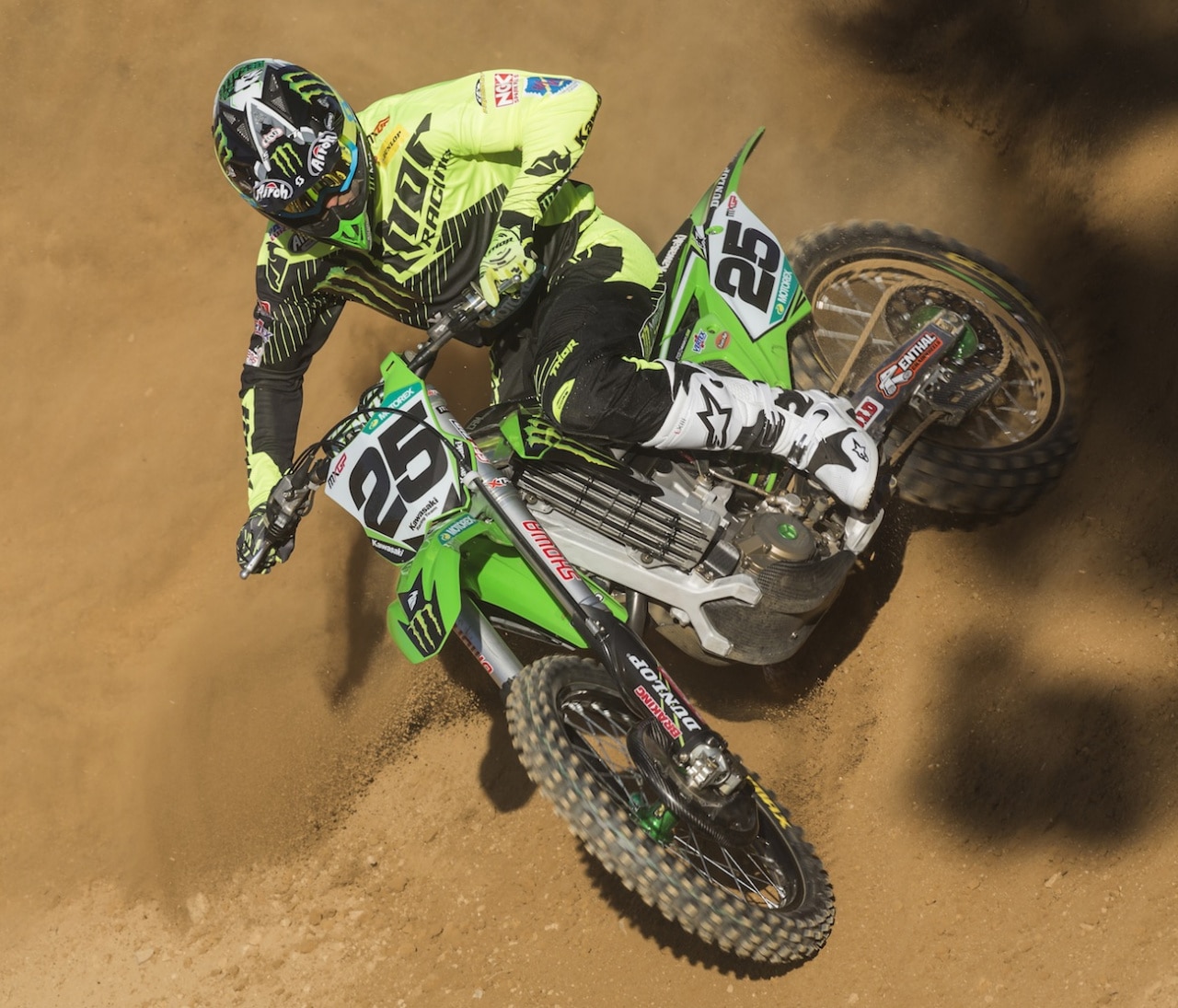 Given the small size of the 450 Grand Prix class—Desalle should be able to earn points with one arm.

Kawasaki’s Clement Desalle, currently recovering from arm surgery for the arm he broke last week, will travel to Qatar where he hopes to contest the opening round of the FIM MXGP World Championship for the Monster Energy Kawasaki Racing Team. The plan is to enter the practice sessions, and then decide if he can race or not at the first round of the World Championship. Even if Clement just enters the races and rides around he is likely to earn points—since MXGP fields are so small that virtually everyone in a GP earns GP points.

“Of course we had long discussions with Clement and Dr. Claes,” explained KRT team manager François Lemariey. “Clement has a clean break, and Dr. Claes considers that it’s similar to a collarbone injury and he can recover faster than expected. He did some cycling this weekend, and is working daily to recover. He will ride the practice sessions and, depending on how he feels and the results, we will then decide whether or not he will race the GP. There is no pressure on any parties, but we also don’t want to have any regrets later; if it’s possible for him to race safely, we just want to collect some important points for the series during the first two GPs; maybe these points will be important at the end of the championship.”

INTERVIEW OF THE WEEK: BROC HEPLER

JAMES STEWART & HIS DOG WILL BE AT ATLANTA