Cooper Webb tried to race at Loretta’s, but that proved to be his undoing.

Press release: The Red Bull KTM Factory Racing Team announced today that Cooper Webb will sit out for the remainder of the 2020 AMA Pro Motocross Championship after reigniting an ongoing back injury at the Loretta Lynn’s National last Saturday.

After suffering a nasty crash earlier this year at Arlington SX, Webb has continued to experience nagging pains in his back. Despite the pain, Webb lined up for the season opener in Tennessee and he re-tweaked it right away during practice. Being the determined rider that he is, Webb continued to push through the day but he found himself in excruciating pain once again after a tough landing in Moto two further aggravated the previous injury. Webb finished out the day with a notable seventh overall and immediately sought medical attention this week. 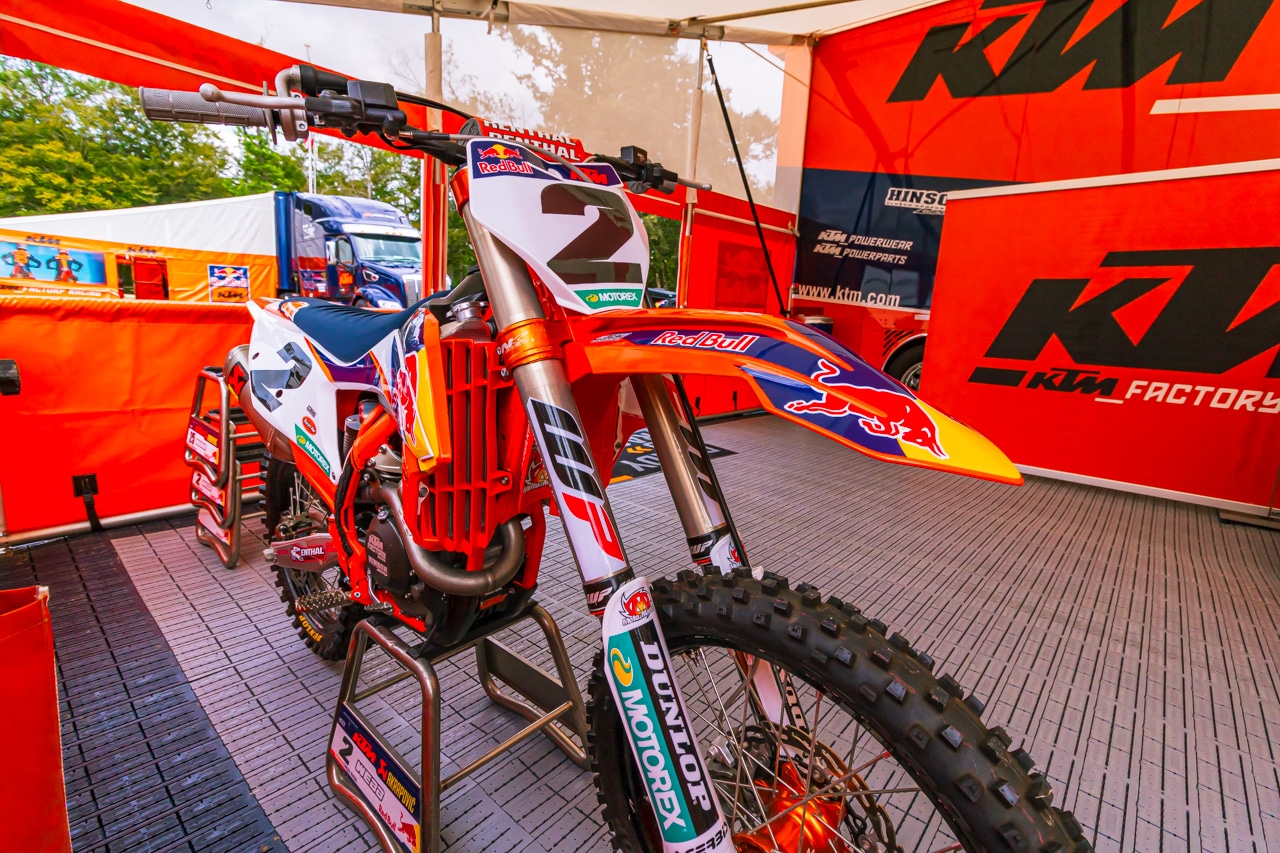 Webb’s KTM 45-SXF will sit on the stand for the rest of the AMA Nationals.

It was confirmed that Webb has sustained multiple herniated discs in his back and his medical team is underway assessing options for recovery. In the meantime, the 2019 AMA Supercross Champion will be sidelined for the remainder of the 2020 race season.