COY GIBBS ON THE LESSONS OF THE LAST TEN YEARS 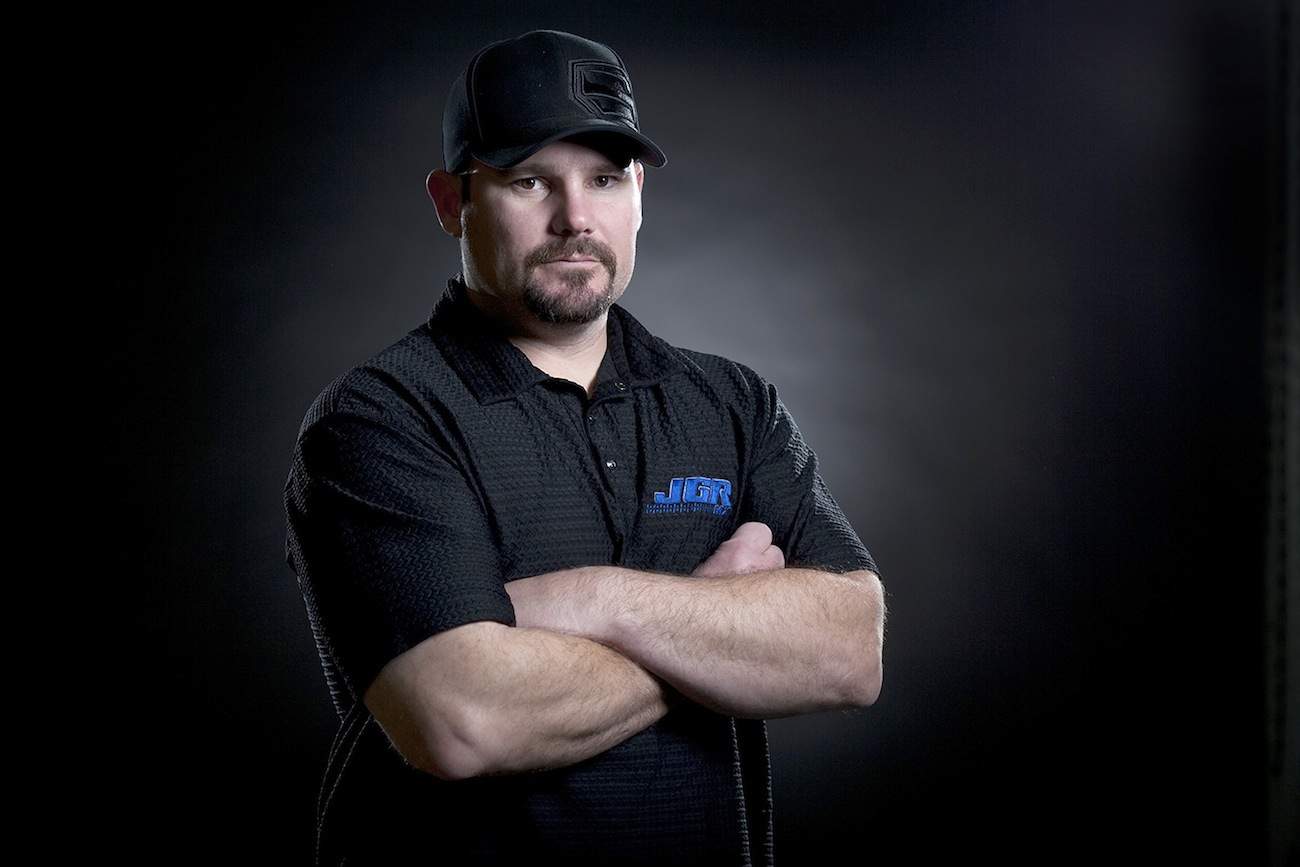 WAS THE TEAM’S FIRST WIN AT  ANAHEIM 1 IN 2009 WITH JOSH GRANT YOUR MOST CHERISHED MOMENT AS A TEAM OWNER? That sure was a good one. I was down on the floor with a couple laps to go, and all of a sudden there was smoke billowing off the back of Josh’s bike. I was freaking out [laughter]. That win was a good memory. Looking back, I would say that I really liked 90 percent of the riders we’ve worked with. Obviously, the business side comes into play sooner or later. Even so, their personalities have been really good. They have been fun to hang out with. I still enjoy watching Josh Grant race to this day. He finished on the podium at Hangtown, looked fast, and rode well. I’m happy for him. WHAT HAS BEEN YOUR PROUDEST ACCOMPLISHMENT? I’m different than most people, in that I definitely want to win championships, but that doesn’t change who I am or how I feel about anything. Winning is just the goal. The best part is the journey. I’ve been with the same guys for ten years. We’ve built a lot of good relationships in the industry and met a lot of cool riders.

I still remember my first day in motocross. I didn’t know anybody. I felt like the school nerd walking around. It’s cool being a part of the sport. What’s truly crazy to me is how Supercross is going. Look at television viewership numbers. We may be the only sport in America that’s up in the ratings. I don’t think we’ve reached the ceiling yet in Supercross. I obviously love it. I want other people to experience and fall in love with it like I did. That’s the big picture to me, and I’m happy to be a part of it.

WHAT HAS BEEN YOUR BIGGEST CHALLENGE AS A MOTOCROSS RACE TEAM OWNER? The biggest factor in the last ten years that made things extremely difficult is that the economy plummeted right after we started the team. That was a really tough time. Three or four of the past ten years were very difficult financially, which hurt.

HOW WERE YOU ABLE TO GET WEATHER THE STORM, SO TO SPEAK? It was a nightmare. We put a ton of money into the company to survive it, but like I said, I would do it all over again.

WOULD YOU DO IT ALL OVER AGAIN IF GIVEN THE CHANCE? Absolutely. What’s funny is that I recently added up all of the money I spent over ten years. Obviously, there was a ton of help from sponsors, but that didn’t cover all of the bills. Even with the money we put into the company, I would gladly do it again. I love moto. It’s definitely a passion of mine. These days I’m working more on the four-wheel side, but I still love moto. It’s a cool sport. AS A RACE TEAM OWNER ARE YOU HAPPY WITH HOW THINGS HAVE GONE FOR JGRMX? It’s tough. I know that it’s hard to win a championship in any sport at the highest level. That’s how I measure success. Winning motos and races is cool, but winning a championship is the long-term goal. It took us a while on the car side. I’ve come to realize that it takes a long time to establish yourself.

In the beginning of my motocross venture my dad told me that it would take ten years before I would get the framework to even compete for a championship. I told him that he was an idiot and that he didn’t know what he was talking about [laughter]. Here I am ten years in and I agree with him. It takes a long time, unless you have unlimited resources and are throwing money around like crazy. We don’t necessarily have that option.

WHEN WORD SPREAD THAT JGR WAS STARTING A TEAM BASED IN NORTH CAROLINA, EVERYONE BELIEVED THAT TEAMS HAD TO BE BASED IN SOCAL. I didn’t see any difference then, and I don’t see it now. Honestly, being centered in North Carolina is an advantage. A lot of riders are moving east if they haven’t done so already. I do think that we’re a little bit too far north. It would be nice to be located a few hours south for better weather. Someday we’ll cover one of our Supercross tracks and we won’t have to worry about weather. Logistically, I don’t think it’s any more difficult being in North Carolina compared to California. Everything can be shipped. It’s not like we’re moving cars around. I feel bad for the NASCAR Cup guys. They race two west coast rounds back-to-back, so they have to meet in the middle of the country and swap vehicles. It’s a nightmare. At least the moto side gets to run the same race bikes. EVEN THOUGH YOUR FOCUS IS ON THE CAR SIDE, ARE YOU STILL PLUGGED INTO MOTOCROSS? Definitely. I don’t follow it on a day-to-day basis, though. I’m not going to lie, I like being on the moto side more than I do on the car side, but I don’t have a choice on that. Still, I talk to Jeremy [Albrecht, JGRMX team manager] and David [Evans, sponsorship acquisition and activation] all the time. I also text the riders. What’s funny is that I’ve learned not to call the riders, because they won’t pick up the phone. After calling four or five times in a week I’ll start texting them, and that seems to work a lot better. I’m excited about the direction we’re going with the team, so I stay plugged in as much as I can.

ARE YOU HAPPY WITH THE TEAM’S SUPPORT FROM SUZUKI? It has been awesome. Suzuki is great to work with. We switched over on our own. We were begging them to allow us to join their group. They were gracious enough to let us do it. What I see on the car side, with our relationship with Toyota, that’s what I see on the moto side with Suzuki. It’s the way it should be. YOU HAVE STARTED A RETAIL BUSINESS TO COMPLEMENT THE RACE TEAM. WHAT WAS YOUR THOUGHT PROCESS BEHIND THAT? Racing comes first, but I saw how quite a few companies have survived through lean times by building and selling motorcycle parts. We spend so much money and effort developing parts that I don’t think many people realize how much goes into it. There’s the development cycle, followed by testing, and sometimes more development before it ever goes out to the public. We have to get it right. I think it’s cool that we can bring parts to the public that were made for the team. I don’t know if I can ever justify the amount of money we spend by selling those parts, but it’s neat to be able to offer some of those parts.

WHAT’S IT LIKE WORKING WITH YOUR DAD? It’s funny working with your dad. It’s a treat [laughter]. We have polar personalities. I’m more like my mom. Watching the way he handles people and builds teams is remarkable. With all the success he’s had in his life I stopped trying to chase him a long time ago. He’s a freak. From winning Super Bowls to winning championships in NASCAR, and all of the other great things he’s done, it’s pretty amazing.

I’m fortunate that I get to sit next to him and watch how he handles himself. What really stands out to me is that so many high-powered people are complete embarrassments to their families. They do stupid stuff and screw up along the way. My dad has never embarrassed our family. That’s pretty unique for a guy in that situation. I’ve always been proud of him for that.