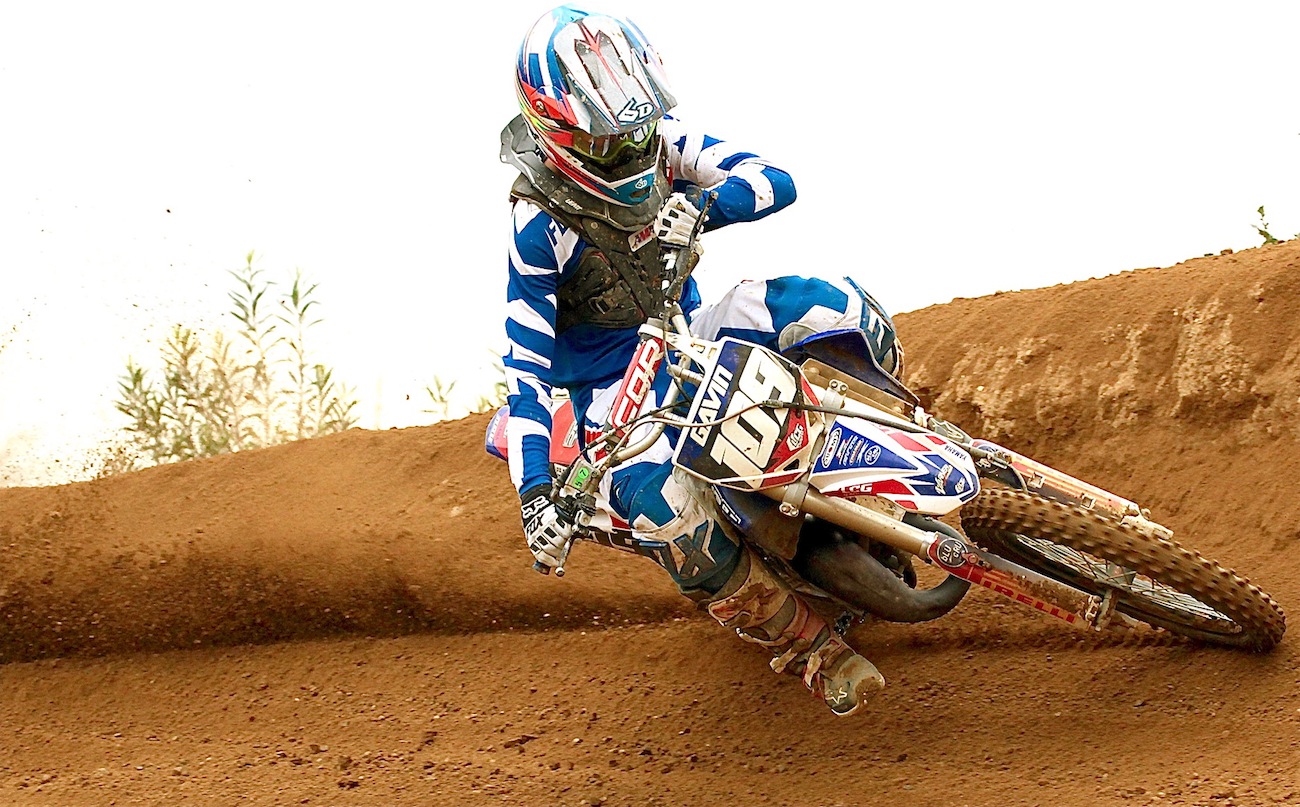 Gavin Leachmam (109) is paying his dues. He is learning the ropes on a 125 two-stroke in both the 125 and 250 Intermediates. Gavin won the 125 class over a field packed with other mini stars — including Carson Mumford, Stilez Robertson, Jeremy Ryan and Jet Reynolds. Phil Dowell (23) got kicked upstairs to the Over-50 Elite class, which is reserved for the fastest of the fast from 1966, but he still likes to hang around with his old pals in the Over-50 Expert class. Here he says “Hi” to Dan Alamangos (67) and Dave Eropkin (811). Brit Jason Kendrick (873) is one of the Motocross Heaven squad. It looks like Jason is leading Japanese National Champion Toshiki Tomita (317), but it’s actually the other way around…all the way around. This is what you call a holeshot — courtesy of Carson Mumford (122). This is not what you call a holeshot — courtesy of gravity. Val Tamietti has become a winning machine. Helped by holeshots, he has become the force of the Over-50 Expert class. Sometimes the best strategy is to close your eyes and pin it. Jeremy Ryan (10) demonstrates. Luther French (2) has been working his way up through the ranks in the Over-50 classes. This week he won his first Over-50 Elite moto. He didn’t get the overall, but it won’t be long. Dylan Drake (355) lofts his KTM 65SX into the air. Because of the steepness of the hills, REM won’t let any 65 rider race if he can’t make it up the hills in practice. No problem for Dylan. Bill Seifert went 3-3 in the Over-65 Experts. Who would have thunk it a few years ago that guys over 60 would still be racing in droves in SoCal?