6D’s Bob Weber (6) hung on as long as he could under the assault of Doug Dubach, Andy Jefferson and Jon Ortner in the Over-50 Elite class. But, he got to style for awhile. This isn’t a great photo of R.J. Wageman on his way to second overall in the 450 Pro class, but the hard working Cal-Fire fireman on a training exercise in the background make it interesting — especially during the West Coast’s horrific wild fire season. There is something very familiar about the style of the rider in this photo. 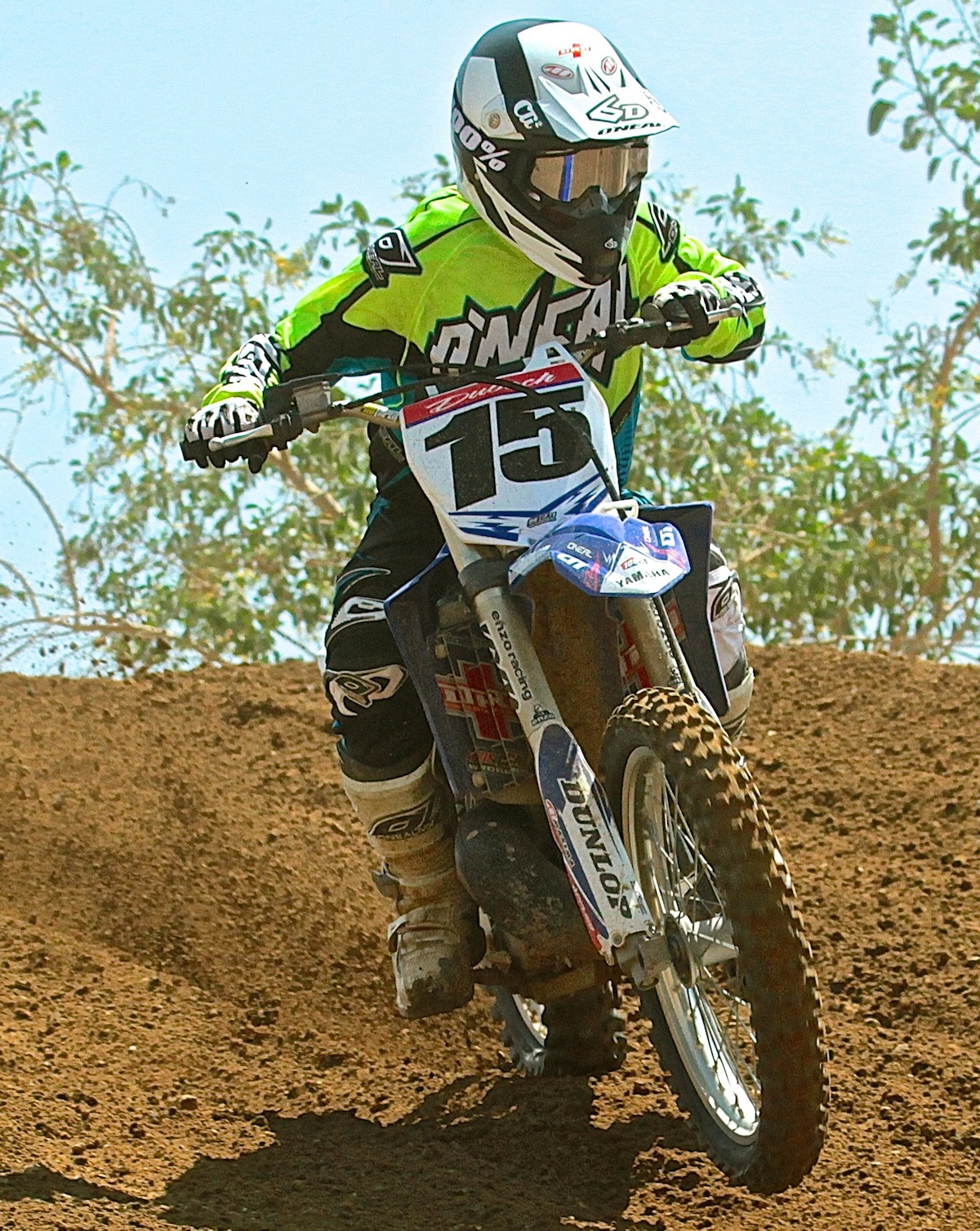 Maybe we can get a clue about where Carter Dubach (above) got his style, but looking at his dad Doug Dubach (15) on his way to the Over-50 Elite victory. South African Alan Jullien (70) isn’t old enough to race in Glen Helen’s most popular classes—he’s only in his 40s. Kyle Allison (96) throws up a dirt shadow on his way to victory in the 85 Intermediate class. Austin Wade (236) tries to hold off Kuwaitti National team member Meshari Aboushibah in the 250 Novice class. He couldn’t do it, Wade went 4-11 and Meshary’s 1-2. The lack of crowd control at Glen Helen is frustrating as Mark Hall (right), Chuck Sun, Jon Orter, Jody Weisel, the injured Bill Seifert and Greg Groom all sidle up next to the lovely Pam Skinner. Jeff Mason (459) and Michelle Horton (357) engage in a two-stroke battle in the Over-50 Intermediates. Ryan Surratt proves that even the winner of the 450 Pro class doesn’t get every corner right. Honda’s Colton Udall (51) and Justin Jones (3) were fourth and third in the 450 Pro class. Jones is just coming back from being hit by a pickup truck while leading the Baja 1000 a couple months ago. Luther French (2) won the Over-50 Expert class with a last lap pass on Hollywood stuntman Will Harper.