Having the win in the bag is not the same as the trophy in your hand. Josh Coppins (6) was perfectly positioned to win — except that he fell just as he moved in for the kill. He was left holding to 1-2 bag to Mike Sleeter’s (111) 2-1. 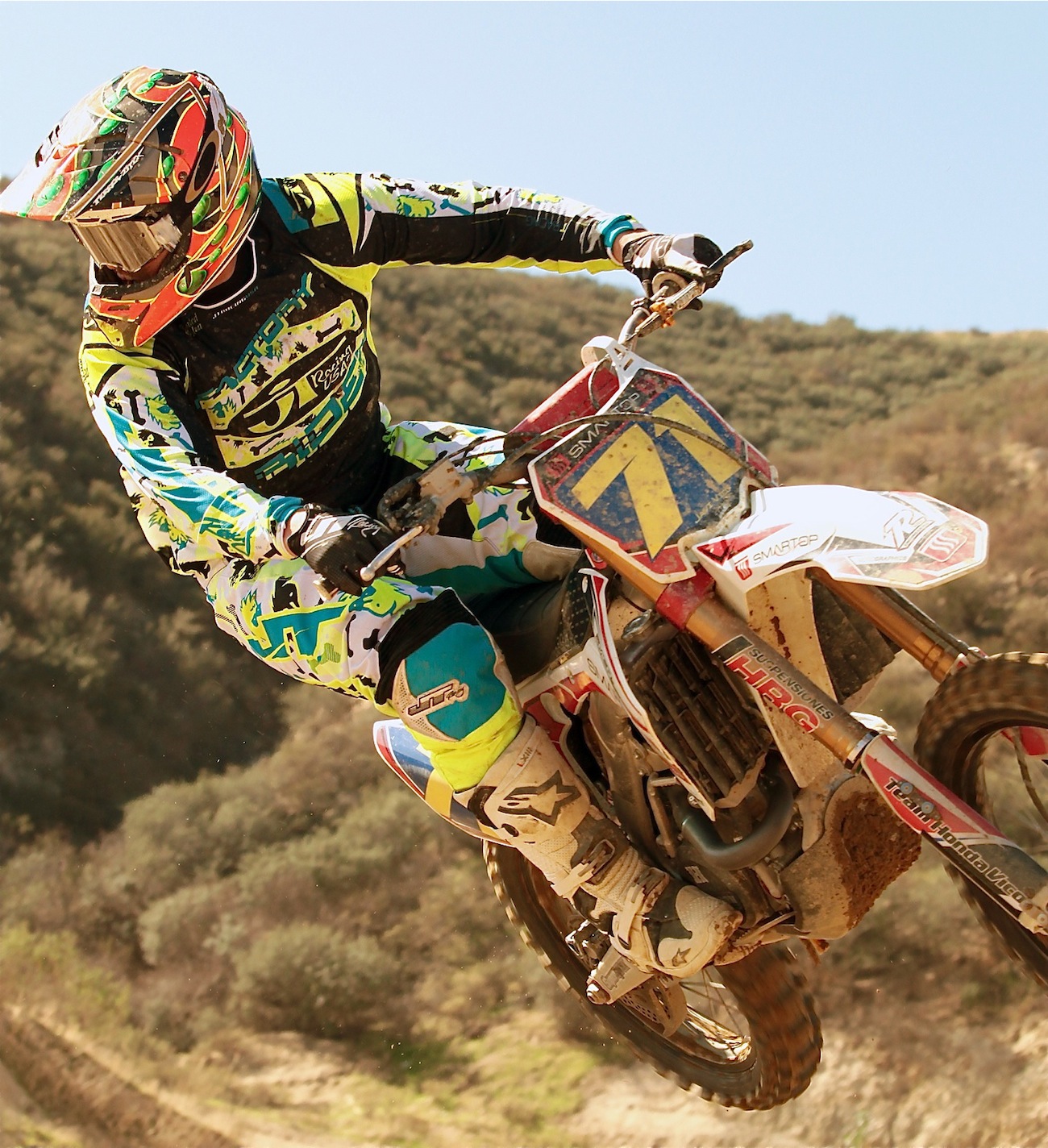 Spanish Champion and former 500 GP runner-up Javier Garcia Vico had a good weekend at Glen Helen. He was 4th in the Over-40 Pros and 7th in the Over-30 Pros. In 1950’s TV terms this is the Peanut Gallery. Bob Rutten (left), Val Tamietti (center) and former World Vet Champion Brent Wallingsford (right) watch from the safety of the balcony. Kurt Nicoll did double duty on World Vet Weekend, winning the Over-50 class on Sunday and getting second to Daryl Hurley in the Over-40s on Saturday. 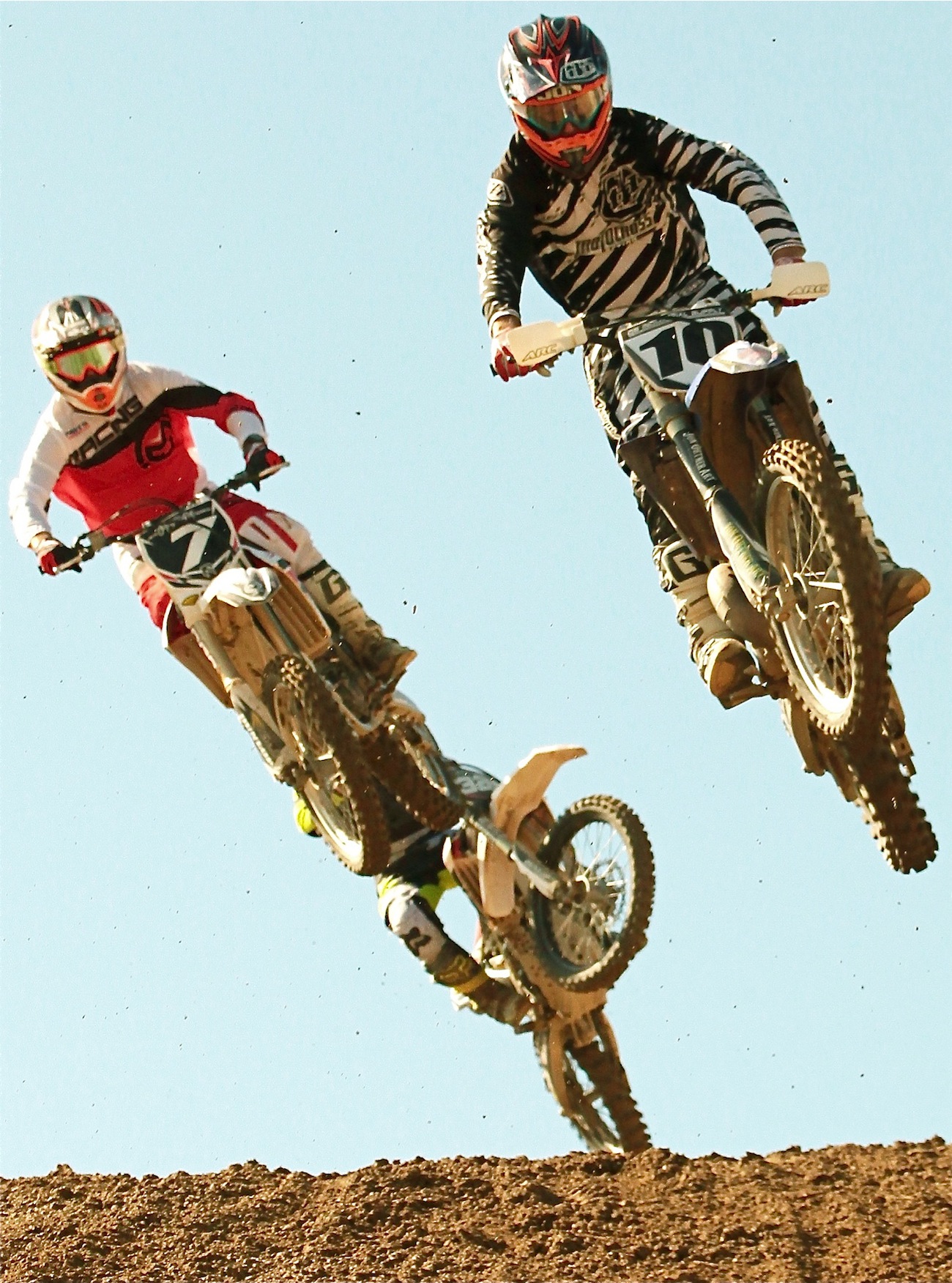 Mexico sent a large contingent to the World Vet. They pitted out of Mike Alessi’s MotoConcept’s semi and enjoyed a prepped track for a change. What got into Pasha? The last time Pasha Afshar flew this high he was on United. During half-time, Lars Larson was presented with the Edison Dye Lifetime Achievement Award in the Glen Helen Museum. They showed a Lars Larsson video, which you can see on the home page and presented him with a trophy—which they broke before handing it to him. Lars Larsson’s crystal trophy was smashed into pieces when it was accidentally knock off its stand. Lars was incredibly gracious and said, “Breaking the trophy was a solution to a problem I had with sharing my trophy with the people who deserve a part it. Now I can give everyone a piece of it.” What was Lars doing five minutes before he received his Liftetime Achievement Award in front of a enthusiastic crowd? The 75-year-old GP rider was out on the track racing his second moto with old buddy Jody Weisel (192). My Dad Is Faster than Your’s! In a yearly tribute to Danny “Magoo” Chandler this Japanese rider wears replica gear to honor his hero. 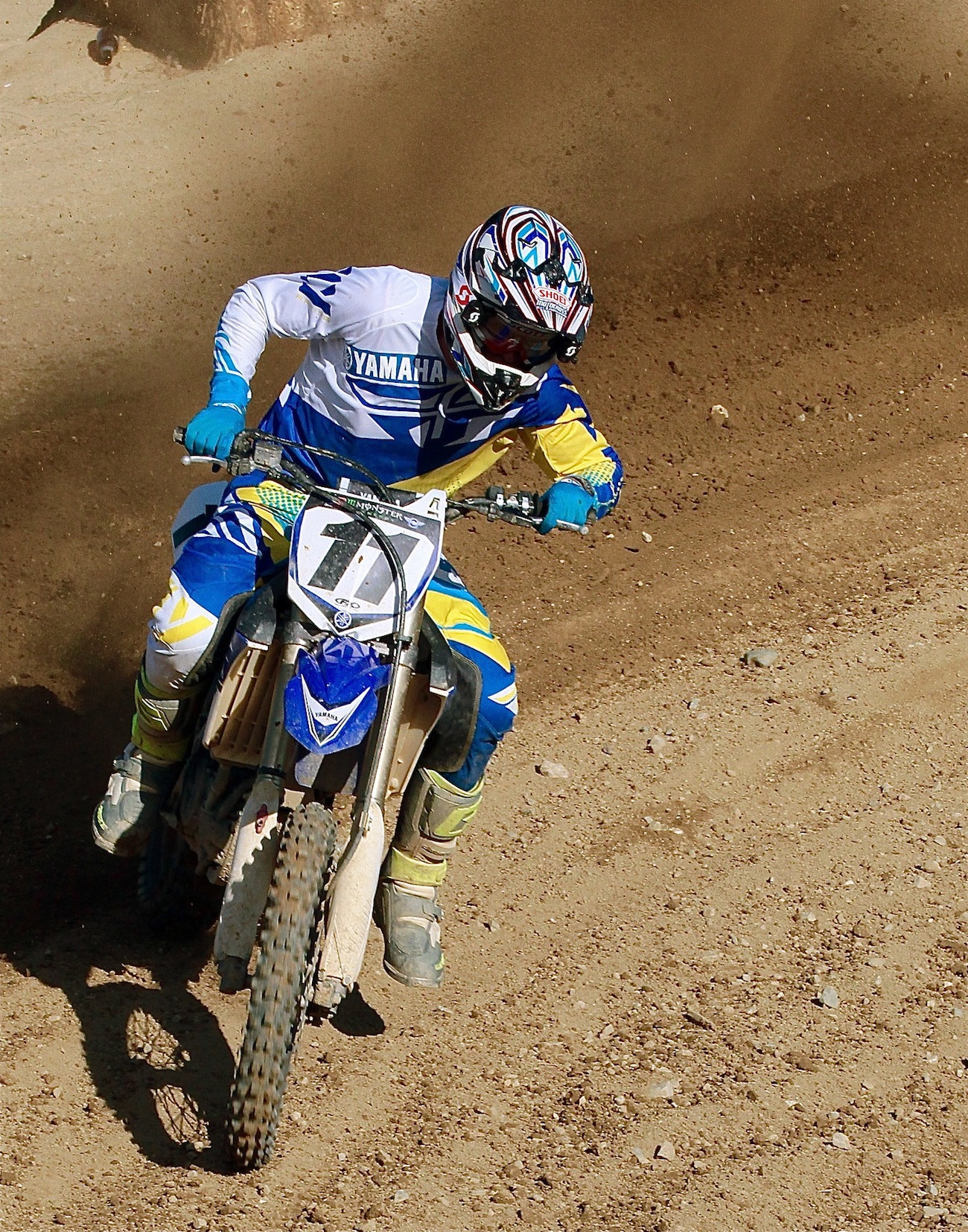 Travis Preston was third in the Over-30 Pro class. When he isn’t racing, Travis is Yamaha’s in-house test rider. Four-time FIM Women’s World Motocross Champion (2005, 2009, 2010 and 2011) Steffi Laier won the Women’s Pro class and looked stylish doing it. It isn’t easy to find female Pro riders who are over the age of 30 and still racing. South African Alan Julien flies over the hip jump. Is he signalling that he can go higher on the next lap? MXA’s Dennis Stapleton was 8th in the Over-30 Pro class — one more pass and he could have seen the light at the end of the tunnel to finish seventh. Most photographers would use a drone to capture an aerial shot, but Pam Skinner uses the fellow photog Debbi Tamietti to gain some extra height. We don’t know who used Debbi’s camera to shoot this shot. One of the benefits of racing a two-stroke is that it can turn twice as sharp as a four-stroke. Here, number 41 forces number 718 to brake hard as the smoker cuts back. Sean Collier showed up on his Kawasaki KX500 two-stroke, which he makes look like a EZ-Boy recliner. Sean ended up going 27-5 for 16th in the Over-30 Pro class. Husqvarna’s Andy Jefferson is a powerful rider and doesn’t waste any energy. Pro Circuit’s Bones Bacon showed up on an underpowered Honda, but he made up for it by bringing girlfriend Debbi along for the ride.

JON ORTNER’S FACES IN THE PITS AT THE WORLD VET