As we returned to Anaheim for another round of Supercross, the expectations were high as the Point Standings in the 450 class were extremely close. The weather was gloomy but the anticipation was high as the new layout held in Angel Stadium would challenge the skill levels of all riders, including the top 10 in both classes. The course featured non-stop rhythm with the only break being the lanes across the start straight. As qualifying commenced, Chase Sexton and Christian Craig would best the field in lap times. However, things would only get more exciting as the night became dark and the gates dropped during the night show. Is it us or does Eli seem more excited off the bike? Seems like moving to Star Yamaha may have benefitted his whole outlook of racing because it’s clear that Eli is having a good time. Eli was insanely fast in qualifying and then proved he had the same speed during the night show. 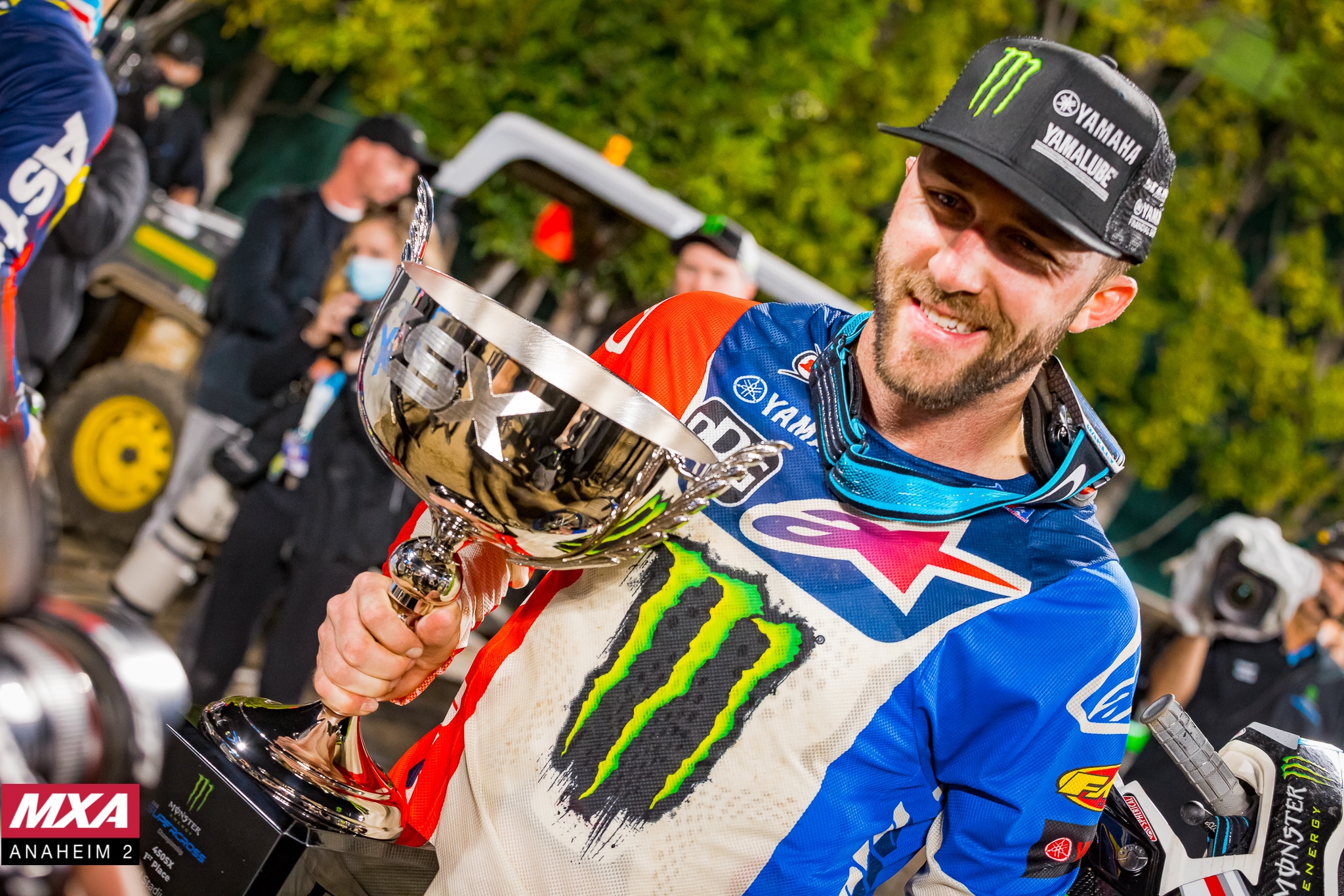 Yamaha gets its first event sweep since Round 1 of 2020.  Justin Barcia and Justin Cooper were the last Yamaha riders to accomplish this. Jason Anderson had to make some risky moves during the night show, one of them including a tight take-out pass on Ken Roczen in the sand section, which involved his opponent getting flung off the bike. The big question is, will Jason be scooping some of that Ken Roczen merch now? 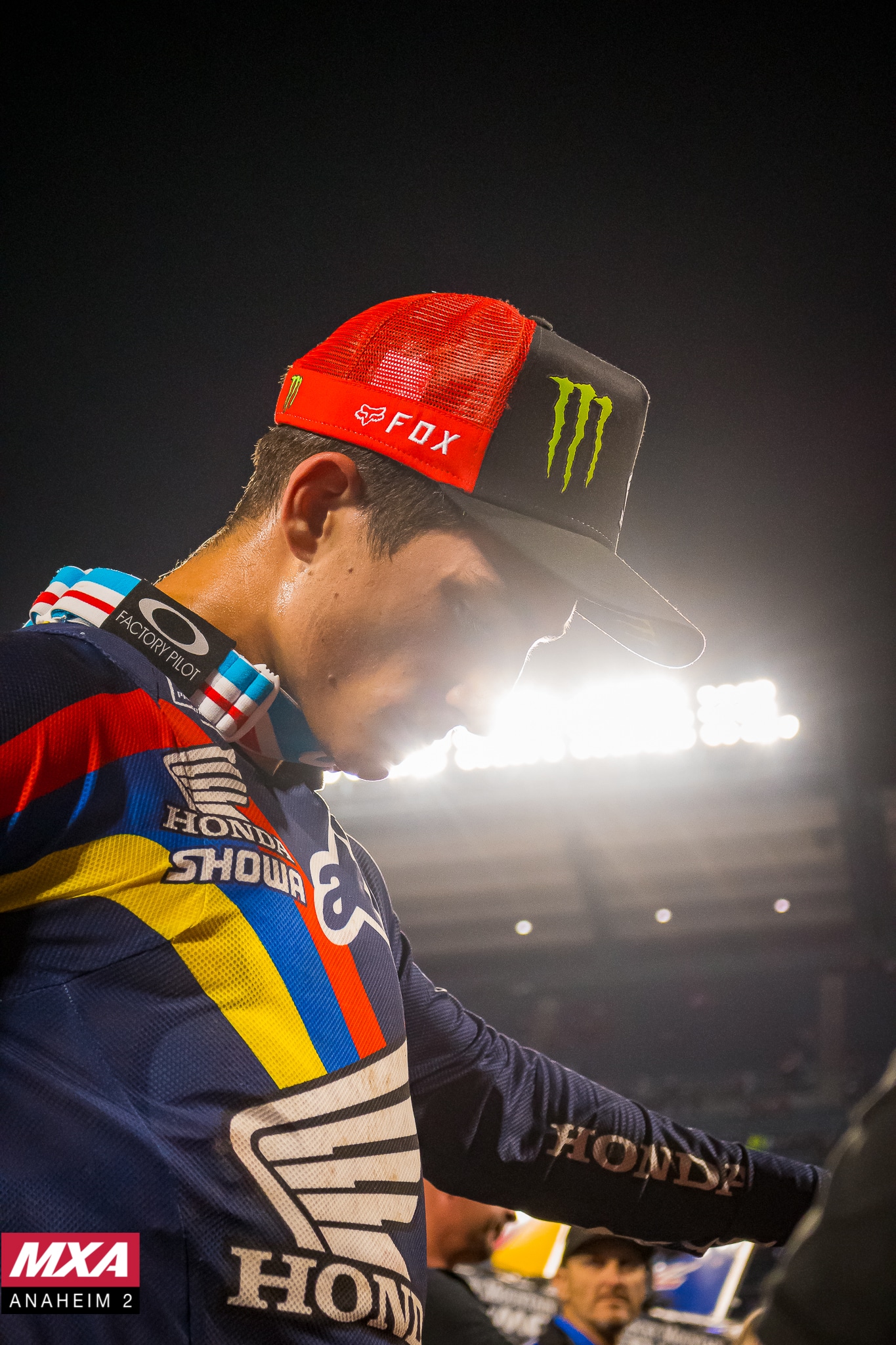 Chase Sexton takes 3rd.  He is 2nd in the points. 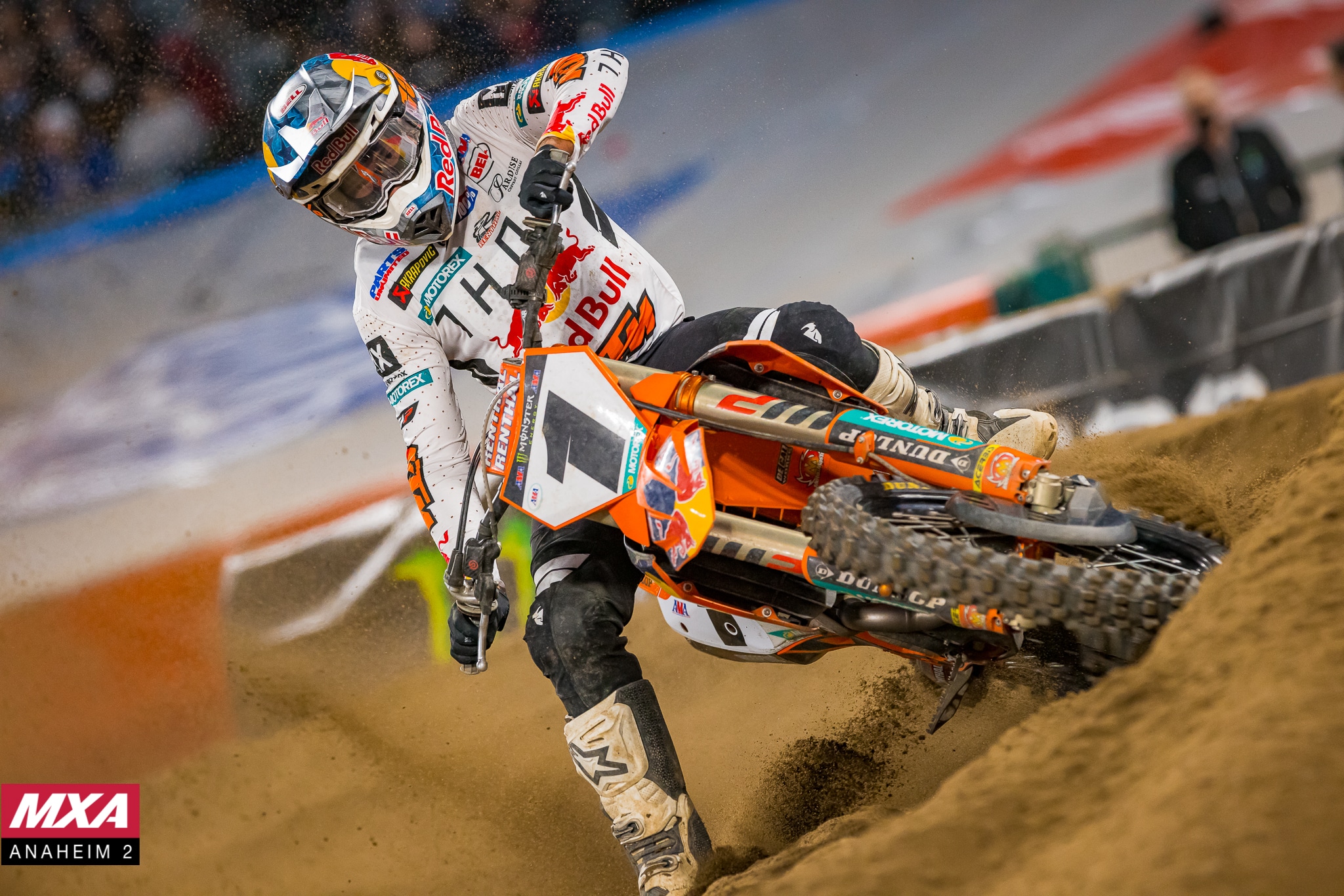 Defending champ, Cooper Webb, got 8th place and sits 4th in the points.  Since 2000 the average rounds it takes before the defending champ gets his win is 4.  Webb’s average before his 1st win is also 4. AARON PLESSINGER OUT OF THE MAIN Ken Roczen wasn’t the only victim in the sand section. Aaron Plessinger went over the edge of the sand rut and landed on the hard-packed dirt. Thankfully he isn’t too banged up and it’s unfortunate as he was riding very well before the crash.

Aaron Plessinger stated: “Welp last night didn’t go as planned.. got off to a bad start then just couldn’t make anything happen in the first two laps then decided to go straight into a bale in the sand and lawn darted into the concrete. Luckily my head broke my fall haha nothing serious just a few bruises but I’ll be back and running for Phoenix. Thanks guys.” 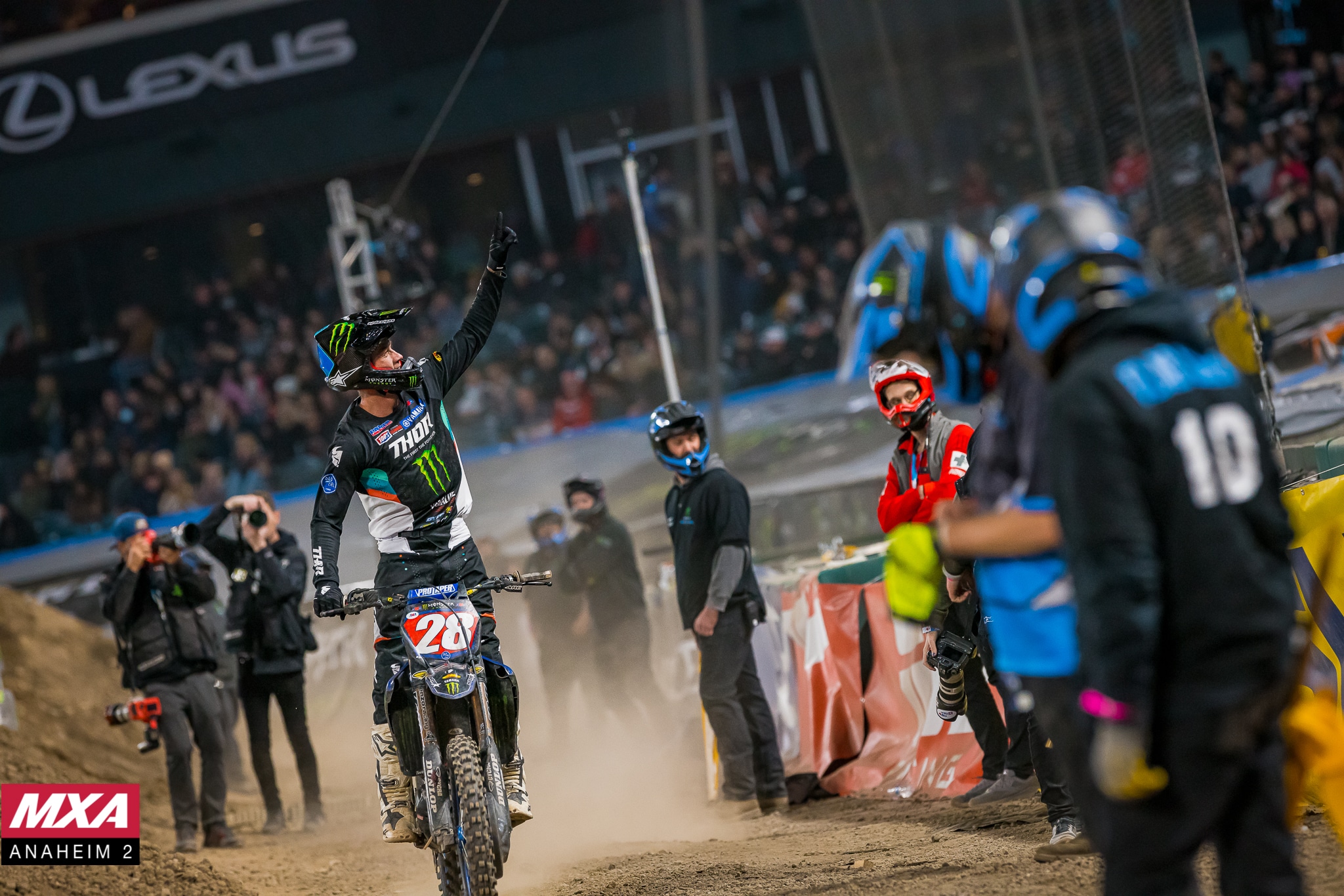 After a hard-fought battle between Michael Mosiman and himself, Christian was able to pull away within the last lap to take home the checkers. The pass for the lead. Hunter Lawrence had a great ride, but just wasn’t able to catch up to the leaders during the Main. He still grabbed a solid third place and we expect him to be on the podium each weekend. It is unfortunate how many riders we’ve lost due to injury and pre-season crashes, thinning out the pack for competition. No one wishes this on their competitors. With nowhere to go in the whoops, Jo Shimoda had run into Vince Friese after the Honda rider fell down. This also resulted in a big crash for Jo, as he flew off the track cutting his face open on the bike. Swipe right to see the damage.

450 POINT STANDINGS AFTER ROUND 4 – RACE RESULTS Eli Tomac is now the first 450 rider to wear the red plate for more than one weekend. Jason Anderson got a second place finish, leaving him third in the points. It’s looking like it’ll be a battle between Craig, Mosiman, and Lawrence for the rest of the season. Hunter Lawrence is second in the points, sitting only 3 points ahead of Michael Mosiman, but 11 points behind Craig. Michael proved to the fans that he’s got what it takes to keep up with Christian after getting passed, and that Christian may not have the championship so easy.

Here are some of our favorite moments from the day in Anaheim. Supercross may be fun from the TV but it’s a thousand times better in person. Captured by Trevor Nelson.

BEST OF JODY’S BOX: “HEY! I THINK MY PANTS SHRUNK!”

MICHAEL MOSIMAN INTERVIEW: “EVERY TIME MY BODY WANTS TO…