From the new frame and the second generation of the polyamide subframe to the new bodywork and new WP closed-cartridge fork with patented four-chamber technology, no stone remains unturned when it comes to the chassis.

The new subframe, made from fiberglass-reinforced polyamide, now also used on the two-stroke models, consists of three elements connected by bolts. This new construction ensures highest durability at minimal weight. In addition to the integration of numerous electrical components, the second generation of the polyamide subframe also has optimally positioned handles – that are perfectly protected from dirt – for easy manoeuvring of the bike under difficult conditions. 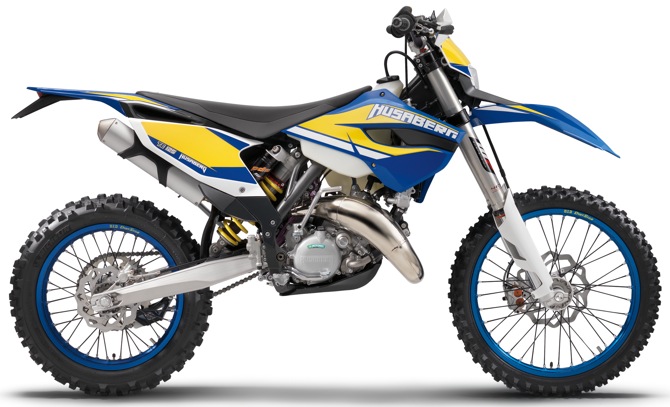 The TE 125 is the perfect combination of maximum power and minimum weight in the smallest displacement class. The ultimate racing machine for the next generation of enduro riders. Each Husaberg model has its own individually tuned and 7mm longer WP PDS shock absorber for greater progression and better bottoming resistance. 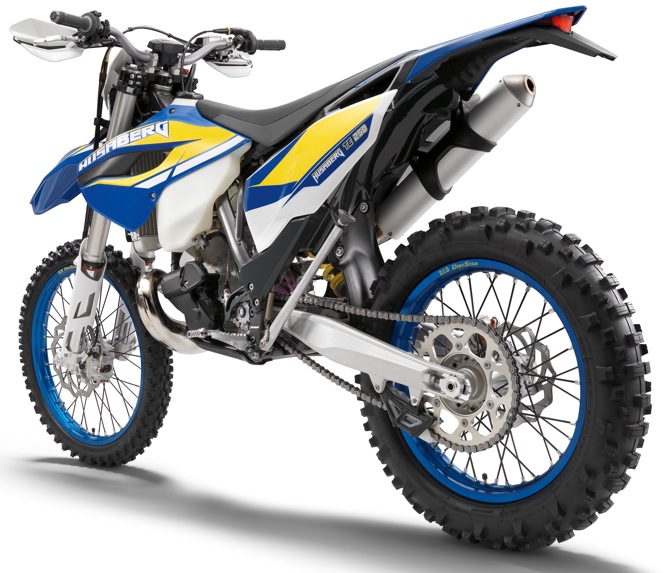 With an even more lively power delivery, spiced-up performance and the completely new chassis, the TE250 is improved for 2013. There is a modified triple clamp offset for the TE250 and TE300 models (20 mm instead of 22 mm) for even better cornering stability. All Husaberg engines, except for the unit of the TE125, are equipped with reliable electric starters, which makes starting in tricky situations extremely easy. Furthermore, the two-stroke TE250 and TE300 models also come with a kickstarter fitted as standard. With a further improved engine and the new chassis, the TE300 is now even more powerful and more agile. Plastic skid plate and hand guards as standard for all models; the lower front part of the subframe acts as a frame protector. There is a new V-Force4 reed valve block (TE250 and TE300) for smoother power delivery. Performance enhancement for the two-stroke engines on account of the optimised intake snorkel combined with the new airbox. The first 250cc four-stroke model from Husaberg. Transparent fuel tanks with increased capacity for the four-stroke models (9.5 litres). The FE250 and FE350 are powered by extremely compact DOHC units, which distinguish themselves by their free-revving nature and smooth power delivery. As their bigger brothers, they are equipped with a Keihin fuel injection system with a 42mm throttle body and integrated temperature and altitude compensation. State-of-the-art four-stroke technology The new, now again, conventional engine alone saves an impressive five pounds in weight. Thus, the FE450 remains the easiest handling 450cc enduro bike. Due to this significant reduction in the rotating masses, the handling advantage of the previous 70ø engine layout was able to be more than compensated for, and a conventional engine layout once again used, which also provides the following additional advantages: more compact engine, simplified routing of the head pipe, larger airbox capacity, reduced intake noise and a lower center of gravity. The return of a legend. It all started at Husaberg in 1989 with the FE501. The new FE501 perfectly represents what Husaberg stands for: Ultimate rideability without compromise. An oil-cooled alternator with a capacity of 196 W provides a reliable power supply for the injection of the four-stroke engines, as well as for the other electrical components.

For more info go to www.husaberg.com