Five times World Champion Eric Geboers jumped from his boat on Sunday night May 6, 2018 to try to save his dog who reportedly fell overboard. The 55-year-old jumped in, but did not resurface. It was at the Miramar lake near Mol in Belgium. The fire brigade searched until 3:30 a.m. with spotlights and a sonar, and searched was resumed this morning with boats and a helicopter equipped with a heat-seeking camera. The Nautical Police recovered Eric Geboers lifeless body from Lake Miramar in Mol. 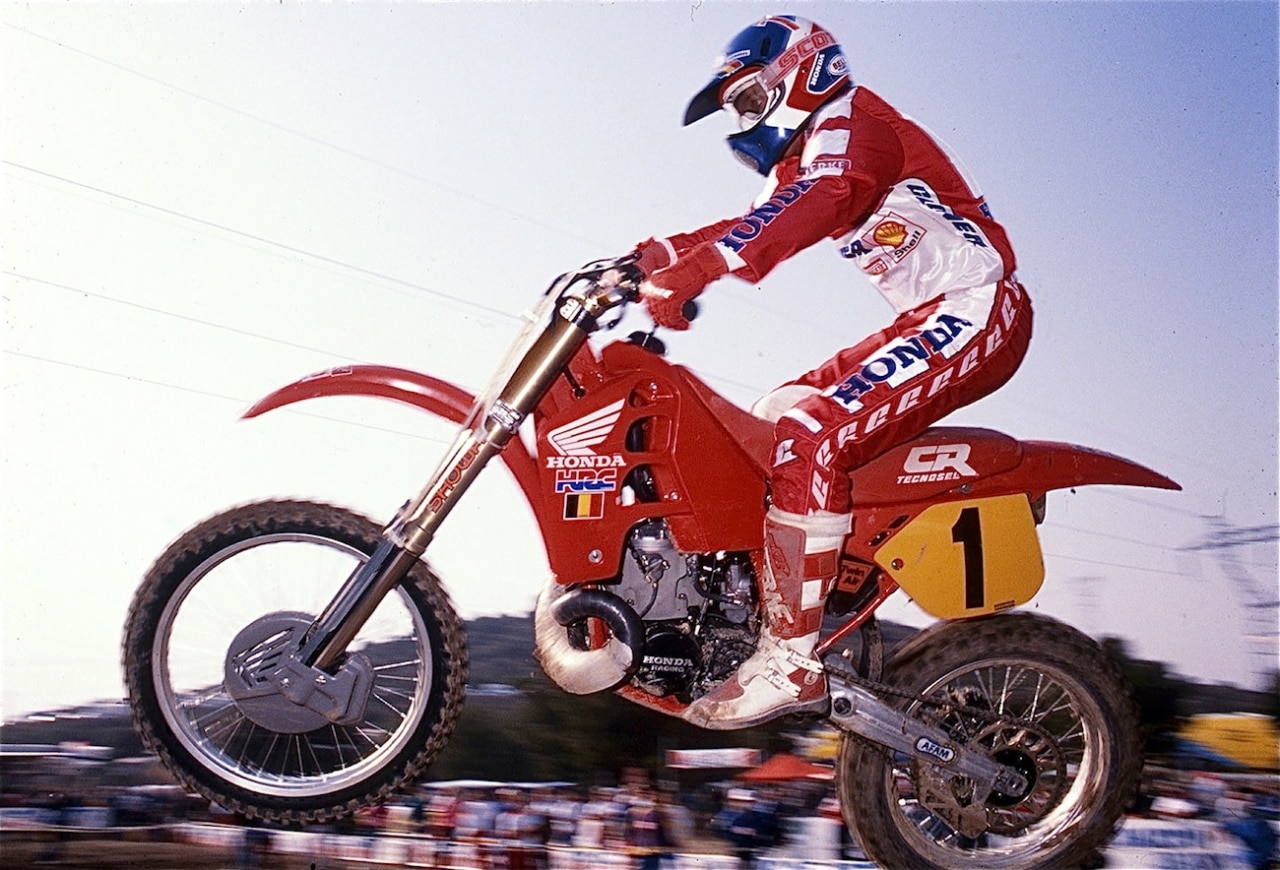 According to Belgian newspaper reports, the dog, which was a young puppy, actually survived by swimming to shore. Eric on the works Suzuki RA125.

Geboers came from a racing family, that included his older brother Sylvain Beboers (also a factory Suzuzki rider). Eric was the first rider to win world titles in all three solo classes (125, 250 on Suzuki and 500 for Honda). After retiring he worked with his brother Sylvain to run the factory Suzuki MXGP team.

MXA INTERVIEW: ZACH OSBORNE TALKS ABOUT WINNING BACK TO BACK TITLES