In the fast pace world of racing, it is easy to forget the successes of those who didn’t dominate at the top. The Jeff Stantons, Ricky Carmichaels and Bob Hannahs of the sport didn’t just win, but stomped on their competition. Motocross is no easy sport. The last-place rider is often separated from the front by a minute or two when the race is over. Behind the top Champions are those who have tasted victory. The sticky sensation of bubbly oozing through their vented jerseys is intoxicating (no pun intended). Many rise to challenge the Champions, but few can breakthrough. Some of these riders have wins in the 450 class. Some may even have held the red plate for a race or two, but they never could put together a 450 championship. Andrew Short is one such rider. Andrew on the USA Des Nations team with Ryan Dungey and Trey Canard.

Watching Shorty’s 2016 season, it was a quiet way to end his career. Between injury and uncharacteristic results, the cameras and buzz were elsewhere. Andrew Short didn’t become a fan favorite without reason. The Colorado native had a more dynamic start to his long and illustrious career. After winning the 125 A/Pro Sport class at Loretta Lynn’s in 2001, Short turned Pro in 2002. Unlike many of his peers, Short had tested the waters a few years prior, lining up for a professional race in 2000. It is worth mentioning that he started in the two-stroke era. The class of 2002 had two other riders who were making headlines, Chad Reed and James Stewart. Ricky Carmichael had been dominating the AMA Nationals and people were already contemplating who his successor would be. Short’s 2002 season was mediocre. He didn’t earn any podiums and wouldn’t finish in the top ten overall in Supercross or motocross. 2003 is where he started to gain traction. Anaheim 1 landed the sophomore on the podium. After a bad heat ride, Short won the LCQ. His main event went much better, as he was able to get a good start and finish the night on the podium. By the end of the Supercross season, he had clinched his first win at the Las Vegas East/West shootout. Short wasn’t idle when the 125 West wasn’t running. He would compete in the 250 class for the East Coast rounds. He would have to wait a little longer to get his first overall win in the AMA Nationals. 2005 was the year all of the 125 Honda riders switched to the CRF250. Short raised some eyebrows during the second AMA National round at High Point. He finished third place in the first moto. While a seventh in the second moto would bump him to fourth overall, Shorty would only improve as the season went on. 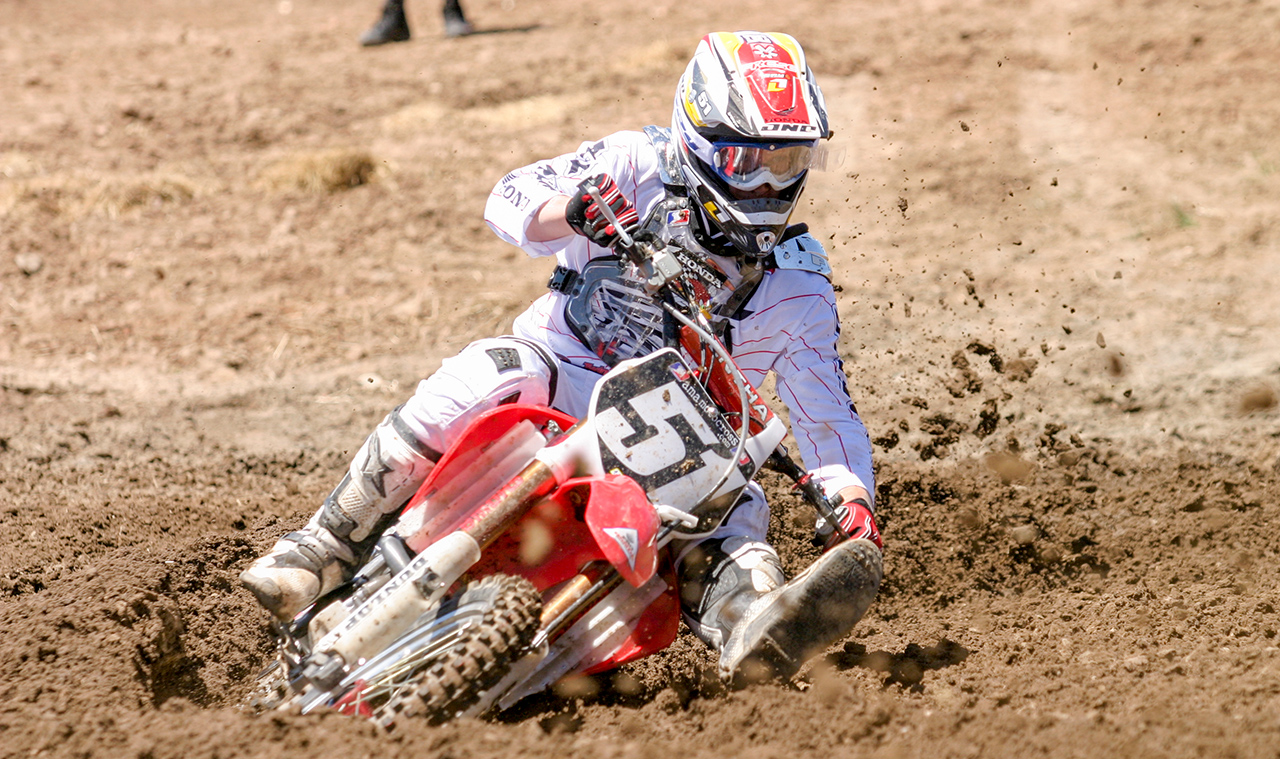 Southwick and Budds Creek were losses for the Colorado kid. Never underestimate the silent warrior. Andrew Short would finish 3-3 for third overall at Red Bud. By Millville, he had overtaken title contenders, Mike Alessi and Mike Brown. He was second overall in the championship run. Short also had a season highlight at Millville. It would mark his first outdoor win in his career. To top it off, it was a 1-1 victory. While he didn’t score any more overall victories, Short would finish second overall in the season just 36 points behind Ivan Tedesco. SHANE MCELRATH INTERVIEW: HE TALKS ON 2021 450SX, TRAINING FOR THE UNKNOWN & MORE