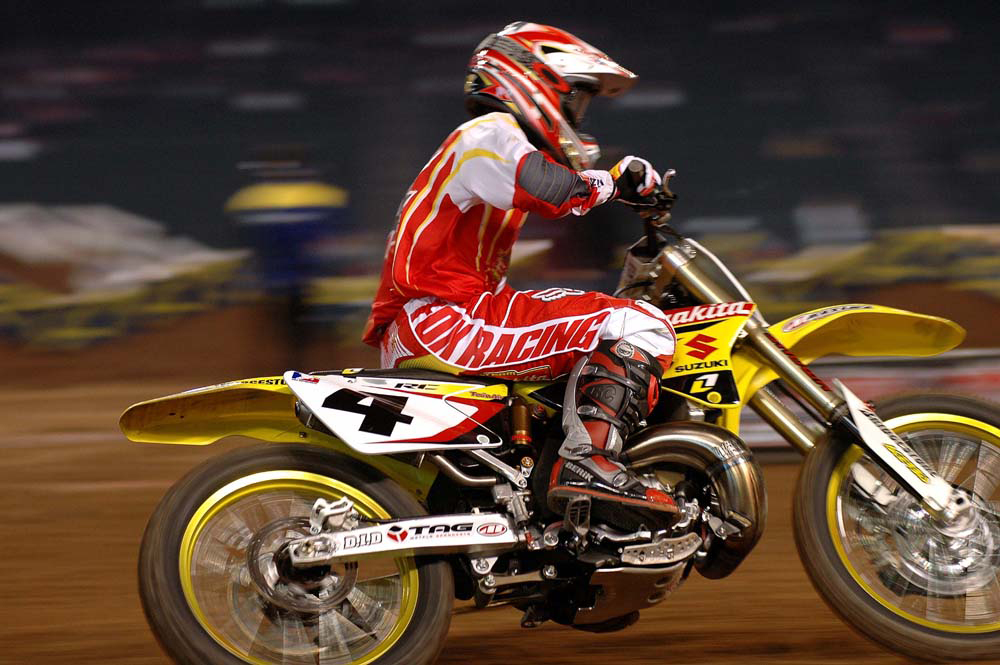 In 2006, Ricky Carmichael’s fuel failed to pass the AMA lead test. Was he disqualified as Jeff Emig had been in 1996? No. Was he penalized 25 points as David Vuillemin, Chad Reed and Tyson Hadsell had been in 2004? No. Was he disqualified as Michael Byrne and James Stewart had been in 2005? Nope! Instead, the AMA fined Ricky, and he got to keep his finishing position, purse money and AMA points. Why? Favoritism. The 25 points that Ricky got to keep earned him the 2006 Supercross Championship, which he won by two points over James Stewart—but with an honest sanctioning body, he would have lost by 23 points. The AMA’s rule enforcement has always been a joke, but this special treatment was a disgrace.