“I guess I’ll have to be satisfied to be the greatest Supercross rider that ever lived,” said Jeremy McGrath back in 1999 when criticized for his failure to make much of a dent in the outdoor Nationals. It’s obvious that the criticism hurt Jeremy’s feelings, but he can’t deny that the criticism was somewhat justified. In the process of winning seven AMA Supercross Championships, racking up 72 indoor victories and 87 combined indoor and outdoor wins, Jeremy has earned only one 250 National Championship.

HOW WILL IT AFFECT HISTORY?

Because he failed to apply himself in the sunlight, Jeremy McGrath will not go down in the history books as the greatest motocross racer who ever lived, that honor is reserved for Ricky Carmichael, Bob Hannah or Roger DeCoster, but the point is moot. Supercross is what Jeremy applied his talents to, and Supercross is what he was the undeniable master of. Jeremy is, without a doubt, the man with the golden wrist.

The MXA wrecking crew looks back at the Supercross career of a man who couldn’t be beaten indoors. Jeremy McGrath in his rookie year in 1989 on a Honda CR125. He finished 8th overall in the West 125 Supercross championship. Jeremy in 1990 racing a Kawasaki KX125. He trails Jimmy Button who is on a Honda CR125. Jeremy placed second in the West Coast 125 series that year. Jeremy was an MXA test rider before making the big time. Here he is riding MXA’s 1990 KX250. The shot above made the cover of the March 1990 issue of MXA. Jeremy joined the new Peak Honda Pro Circuit team in 1991. He went on to win the 125 West Coast Supercross Championship that year. 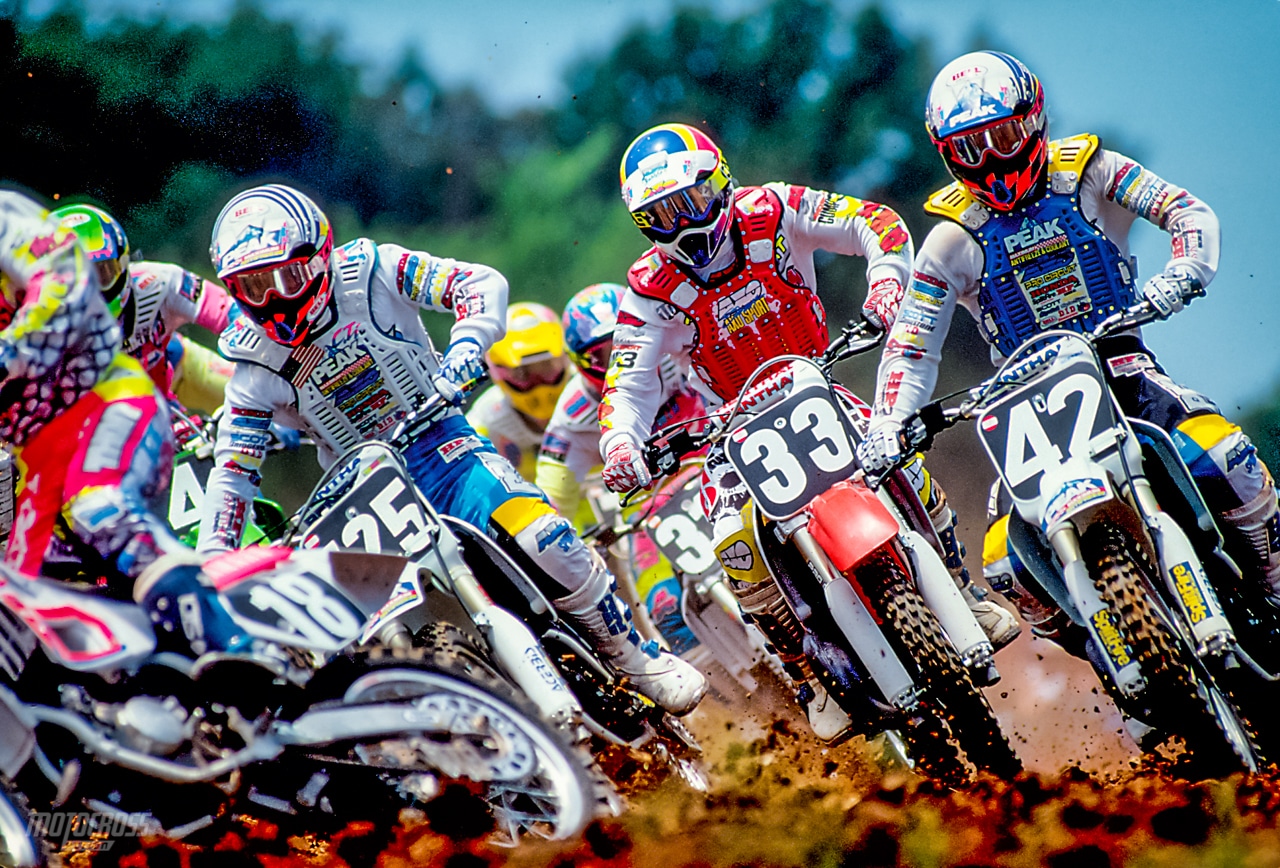 While Jeremy was racing he still made time to be an MXA test rider. Jeremy is on the far left at the MXA 1991 125 shootout. 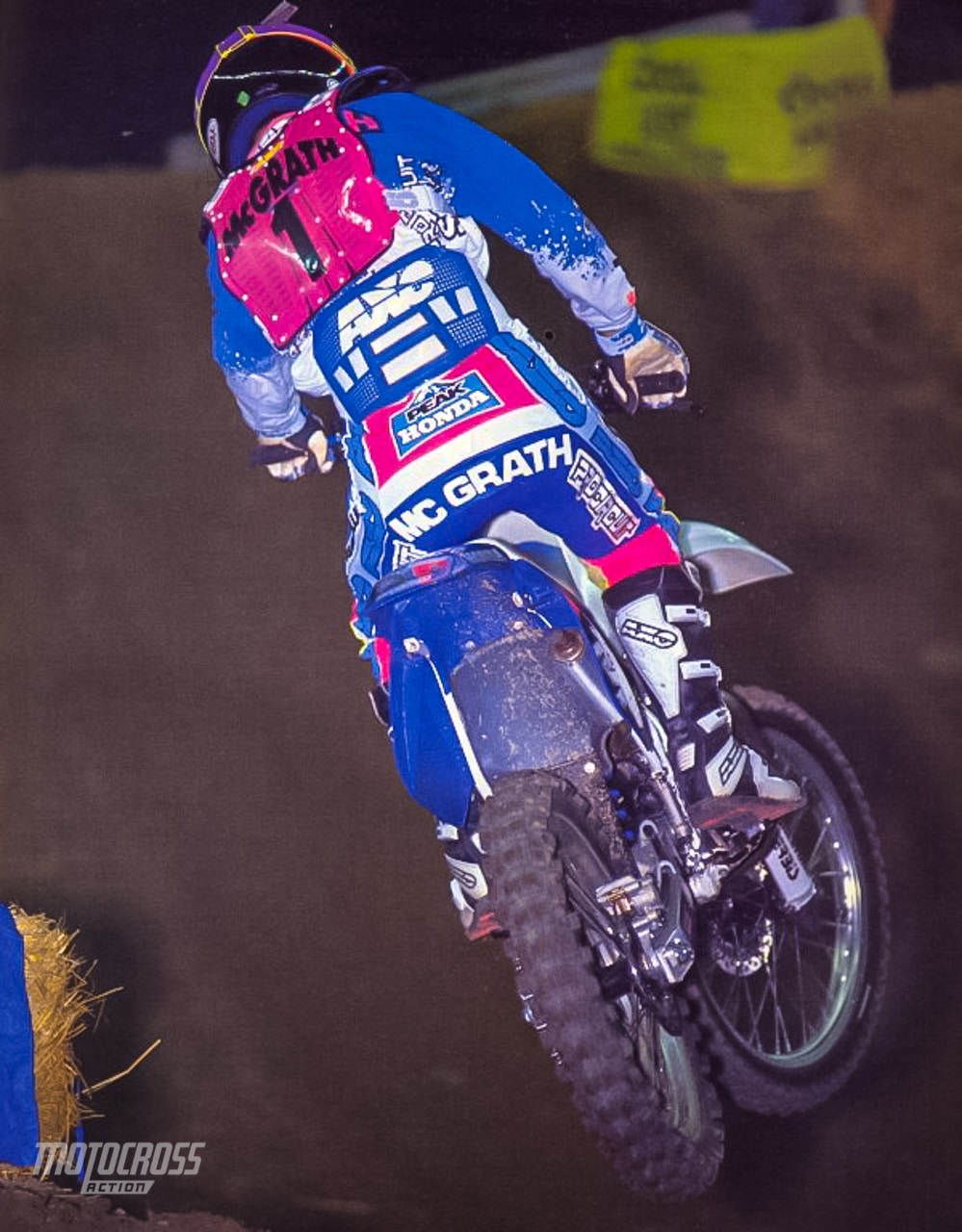 Jeremy on his number 1 Peak Honda CR125 in 1992. He went on to win the championship for the second year in a row. Jeremy in his first full season in 1993 on a factory Honda CR250. He went on to win the 250 Supercross championship that year. Jeremy again on the number 15 Honda. In 1997 Jeremy went to factory Suzuki. He placed second in the Supercross series to Jeff Emig. In 1998 Jeremy switched to Yamaha riding for the Chaparral team with Jimmy Button. Pictured is Jeremy in 1999. Jeremy was number 2 in 1998. 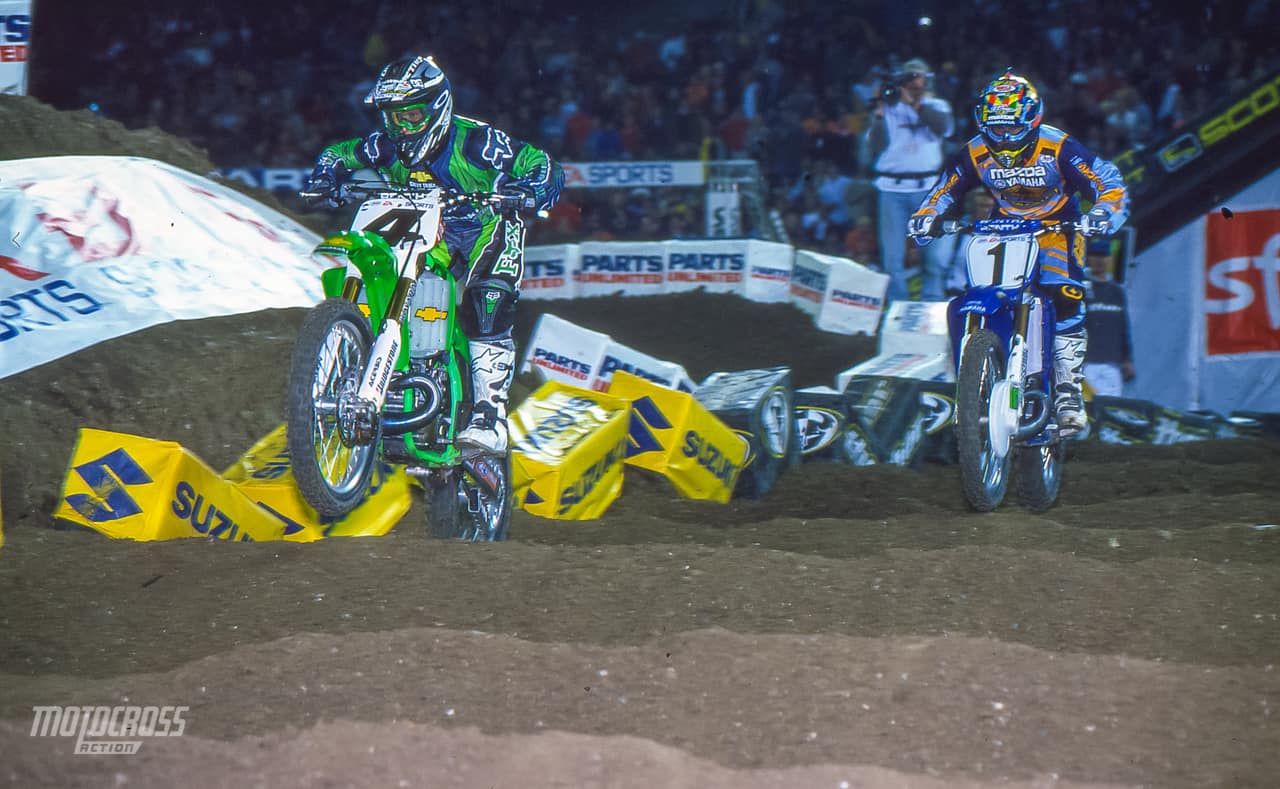 Jeremy and Ricky Carmichael had some great battles. Jeremy and his teammate at the time Jeremy McGrath David Vuillemin. In 2003 Jeremy made the switch to KTM. He dislocated his hip before racing any AMA races. It was a short-lived venture and Jeremy retired from racing for the first time. We think it was to get out of his KTM contract. Another rare shot of Jeremy his KTM 250SX. Jeremy was back on red in 2005 on a factory Honda CR250—although not full-time. Jeremy sure had style. 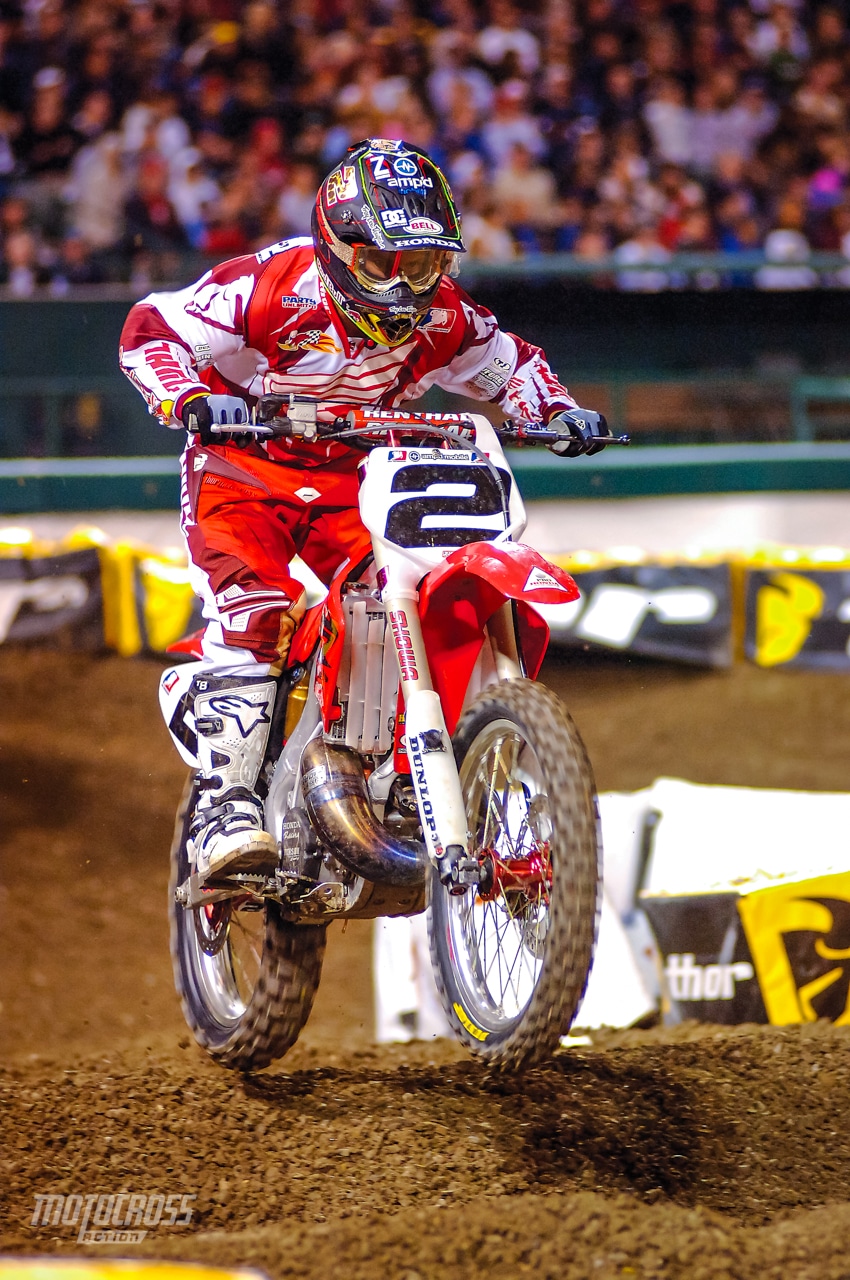 Jeremy on his factory Honda CR250. He fully retired from racing in 2006.