Motocross history is filled with examples of creative ideas that were heralded as groundbreaking, but, because of the rapid rate of change in development, sank into the swamp of forgotten technology. Although some are best left abandoned, others were truly innovative (if not ultimately successful). MXA loves to reveal motocross’ tech trivia. Do you remember this idea? Jackshaft chain systems.

Modern motorcycle racers don’t think much about chain tension, but 30 years ago a rider had to worry about keeping his chain on the sprockets. Why? Because old-school countershaft sprockets were mounted 6 inches in front of the swingarm pivot. With the swingarm rotating on one arc and the chain on another, the distance between the two was constantly changing. The relationship between the swingarm pivot and the countershaft sprocket produced a tremendous amount of chain slack when the rear wheel moved upwards. To solve the problem, motorcycle manufacturers and racers relied on chain tensioners (spring-loaded devices that took up slack). 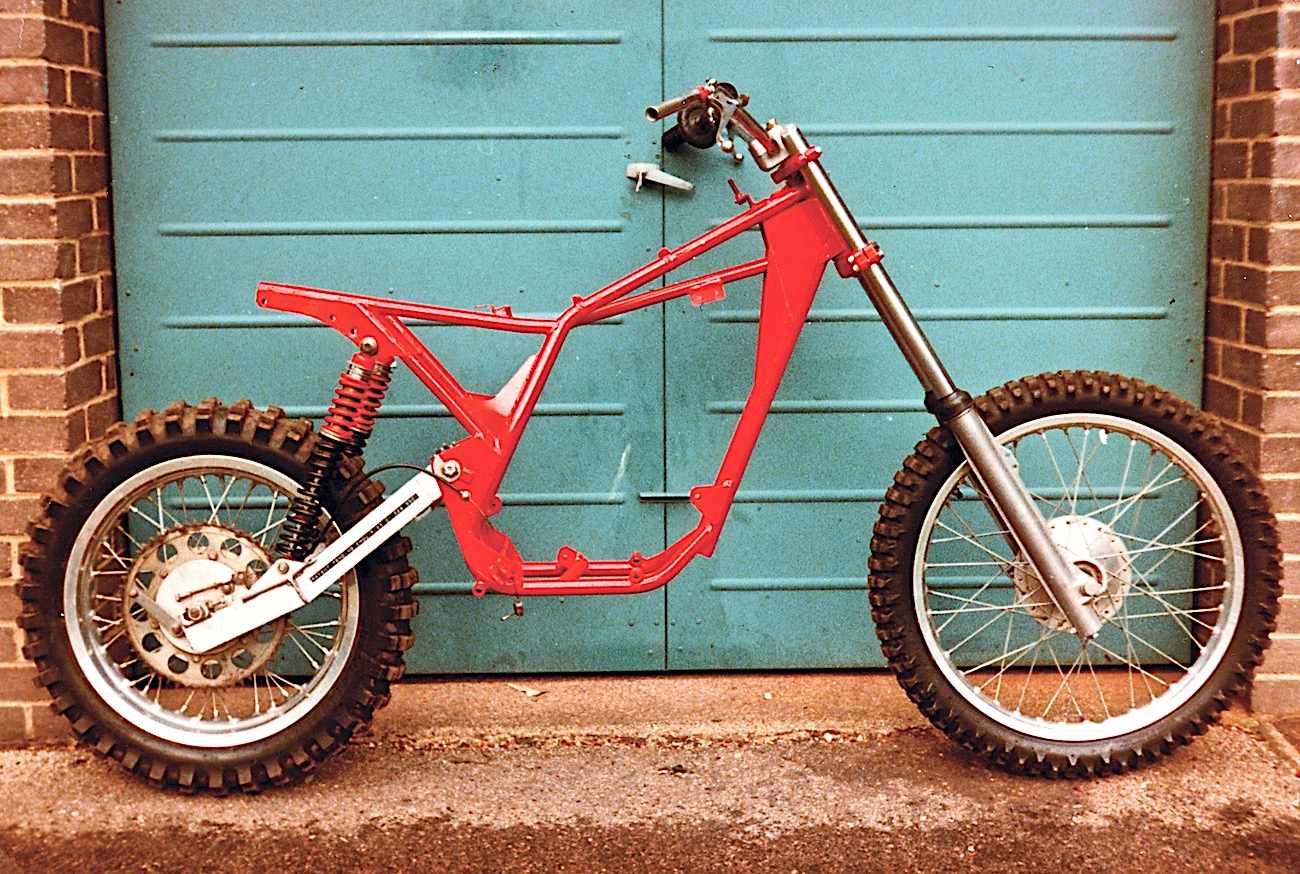 The modification to the CCT frame require a higher swingarm pivot and new shock mounts. The wheelbase increased by two inches as the swingarm moved.

The most creative solution to the problem was to install a jackshaft between the countershaft sprocket and swingarm pivot. A jackshaft is a secondary sprocket that is mounted directly on the swingarm pivot. The system requires two chains and three sprockets. The jackshaft was first used by Gaylon Mosier on his 1976 Wheelsmith Maico, but British designer Ron Ditchfield took the jackshaft idea one step further with his Constant Chain Tension Machine (CCTM) Rickman Montesa. There are issues with Ditchfield’s CCT system. First, the rear axle had to be relocated to the top of the banana-style swingarm to keep from raising the rear of the chassis. Second, the rear motor mount could no longer run through the cases. Third, in order to keep chain tension constant, there were two chains and three jackshaft sprockets.

Ditchfield moved the swingarm pivot high on the frame so that the rear wheel would move up and back when it hit a bump (instead of up and forward). Ditchfield believed that if the force of the bump hit the rear suspension at an oblique angle, the thrust would be lessened (not to mention that the bike.s wheelbase would get longer the rougher the ground). Ditchfield’s Rickman Montesa was 2 inches longer when it hit a bump. Unfortunately, no one bought into Ron Ditchfield.s concept of a jackshaft and radically canted swingarm—and it (and he) faded into obscurity.

MXA WEEKEND NEWS ROUND-UP: TIME TO LEARN THE TRUTH, BEFORE THE FOG OF WAR TAKES OVER