Jaroslav Falta died suddenly at the age of 71 on Sunday, March 27, 2022. The news was reported by Jaroslav’s daughter Martina, who wrote,” Without warning, the person with the biggest heart left us last night. I love you so much, daddy.” Jarolav was born in Rumburk, Czecholovakia, on March 23, 1951. During his ten-year 250 Grand Prix motocross career, Jaroslav Falta raced CZ motorcycles through the 1970s right up to 1980. He finished in the top ten eight times. Illustration: Timothy P. Dolly Jaroslav often said that he was better known outside of Czechoslovakia than in his home country, but he was voted the “Czech Motocross Rider of the Century” in 2020 and he was awarded the Medal of Merit of the First Degree by Czech Republic President Milos Zeman. 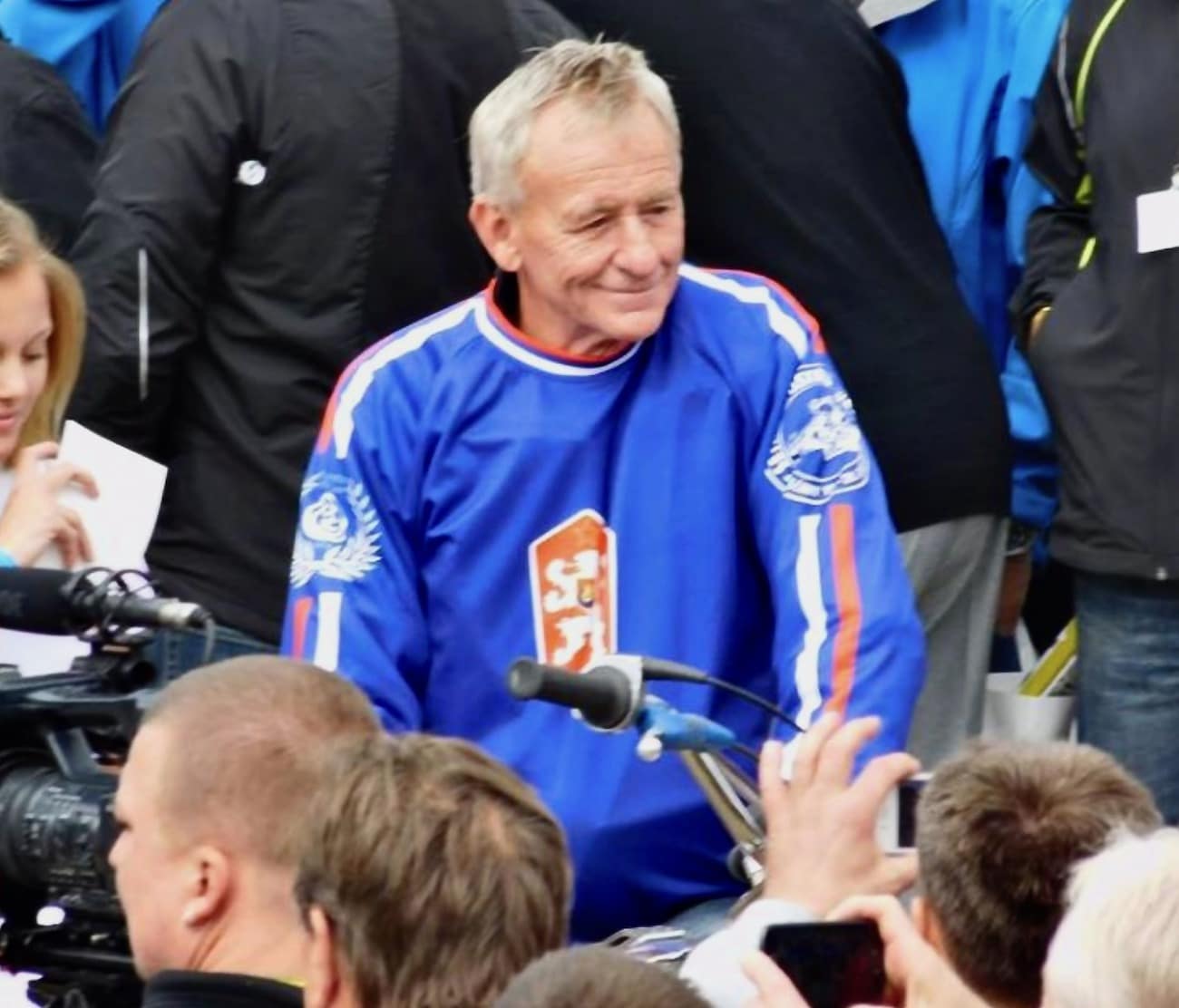 Jaroslav at his 71st birthay celebration just a five days ago.

Racing for the communist-controlled Czechoslovakian CZ team Jaroslav Falta had a different perspective on the sport than most riders. He missed the glory days of CZ dominance in the late ’60s and had to ride outdated early 1970s machinery against the might of the Japanese works bike (led by former CZ riders Joel Robert and Roger DeCoster on Suzukis). Then, he was a victim of Russian team tactics in 1974 that cost him a shot at the 250 World Championship. However, he did get to come to America to race and won the 1974 Los Angeles Coliseum Supercross. Jaroslav Falta had “almost” won the 1974 250cc World Championship. He “almost won” because at the final round of the 1974 250cc World Championships in Wohlen, Switzerland, Russian KTM rider Guennady Moiseev held a slim 16-point lead over Falta. And, in what appeared to be a plot, Russian riders Pavel Rulev, Viktor Popenko and Evgeni Rybalchenko attacked Falta mercilessly, culminating in the infamous “Popenko T-Bone!” Amazingly, Falta fought back to win both motos, but the Russians protested the results, saying that Falta had jumped the starting gate. The FIM jury sided with the Russians and relegated Falta to second place for the race and out of the 250cc World Championship by 6 points. At a suggested retail of $1490, the Falta Replica was several hundred dollars more expensive than the Japanese offerings. For the extra money, a buyer got the classic aluminum coffin-style gas tank (held on by the iconic leather strap), a center-port exhaust engine, magnesium hubs, lipless alloy rims and a single-downtube red frame. In many ways, the look of the 1975 Falta model was a vast improvement over the agricultural look that the CZs were best known for. Most significantly, the 1975 Falta model featured alloy-bodied air shocks. Although few American racers used the air shocks because they leaked, they were a glimpse into future trends.

Photos by Justyn Norek and from the Jaroslav Falta Archive

BEST OF JODY’S BOX: THE FACE IN THE MIRROR LOOKS FAMILIAR

COOPER WEBB INTERVIEW: “I WAS AT THE POINT WHERE IT…