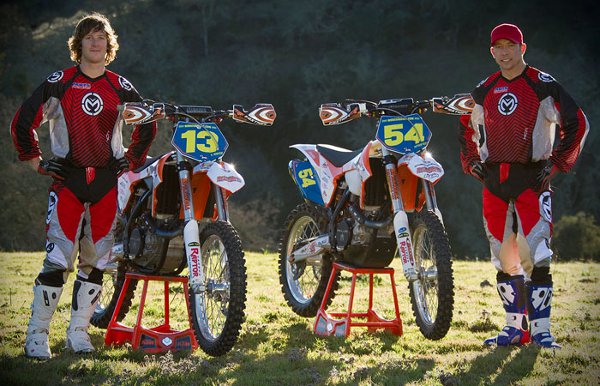 It was just this week that we got the press release that two-time WORCS champ Nathan Woods (right) was signed with the newly formed Carbon Raptor Stillwell Performance Racing team to contest the 2011 WORCS series alongside former MX privateer Kevin Rookstool. Unfortunately, we just got word that following a crash practicing for the WORCS series opener in Taft, CA. this weekend, Nathan passed away on the way to the hospital late this afternoon. He was 32 years old.

Early on Nathan rode the four stroke motocross nationals before heading off-road. While he rode for the Ty Davis team, the Paso Robles father of two won his two WORCS titles. Nathan later moved to team Suzuki and Husaberg.

Our deepest sympathy to Nathan’s family and friends. Nathan as a member of the Factory Suzuki Off-Road Team.

AMA MOTOCROSS RULE OF THE WEEK: THE AMA WEIGHT LIMITS