Jeremy Martin (19) will again have the red plate heading into Hangtown, but Marvin Musquin (25) will be in the big bike class.

On Saturday afternoon we go back to the roots of American motocross. While Hangtown doesn’t have the hype of Anaheim 1, many would agree that is a good thing. We at MXA want to enjoy a race for the race itself—not for the firewoorks or cheesy “Who’s Next” baloney. The AMA Nationals are a pure presentation of the sport and the format is more traditional. Instead of two main events with throwaway heat races, we get four real motos (maybe not as real as when they were 450-minute motos, but real enough when compared to Supercross’ short races.. Racers can’t play the opening moto like a chess game with the goal of a decent gate pick, but instead have to push for two solid moto scores. Adding to the mix is the variety of terrain that a Supercross track cannot come close to providing. In motocross you’re spending more time on the ground than in the air. The terrain is one of many factors as to why National racing usually has more exciting battles.

Ryan Dungey is the 2016 Supercross champion. Every time he has won a Supercross championship he has clinched the National title. He did it in 2009 on a Rockstar Suzuki RM-Z250 and repeated it in the 450 class in 2010 and 2015. Additionally, he won the 2012 450 championship. He is the only rider in the 450 class this year that has multiple 450 titles outdoors. Two other 450 National Champions will be on the gate — Ken Roczen and James Stewart. At their full potential, both riders are arguably faster than Ryan Dungey. Roczen will be coming into Hangtown with a lot of momentum. His pace drastically improved over the Supercross season, and he was consistently setting the fastest lap times over the last five races leading into Las Vegas. James Stewart, the other champion, has no momentum coming into Hangtown. From his 16-month drug suspension to a painful-to-watch Supercross season, Stewart will have to rely on drive, hunger and skill to come in as a strong contender. Hopefully his fitness improves and his concussion syndrome issues are behind him. Other riders to watch include Eli Tomac, Jason Anderson. See their stats here.

The 250 class isn’t split into East and West here. The outdoor National throw everyone together and the best 250 riders go head-to-head every round of the 12-race National series—although Malcolm Stewart won’t be there because he wants to go fishing or if you believe in fairy tales he wants to start preparing for the  2017 Supercross opener (in 8 months from now). Jeremy Martin is the only repeat 250 National Champion still in the class. He has plenty of stiff competition, and the 250 Nationals may turn out to be more varied than the 250 East was in Supercross. While Cooper Webb will be dealing with an injured wrist, this is his last series in the 250 class. He will want to go out on top. Teammate to Webb and Martin is Aaron Plessinger,  who could be a serious contender. While Malcolm Stewart isn’t racing this summer, his Geico teammate Christian Craig has been looking strong. In his return as a fill-in last year, Craig made the top five on three occasions. Pro Circuit’s Joey Savagty is another rider who will be racing at a top pace. His execution at Las Vegas  proved he not only did his homework, but was very adaptable. Let’s not forget that Savagty was third overall last year in the Nationals. Throw in Zach Osborne, Justin Hill, Adam Cianciarulo, Austin Forkner, Tristan Charboneau, Jessy Nelson, RJ Hampshire, Colt Nichols, Gannon Audette, Arnaud Tonus and many more, and this could be a very dynamic season. 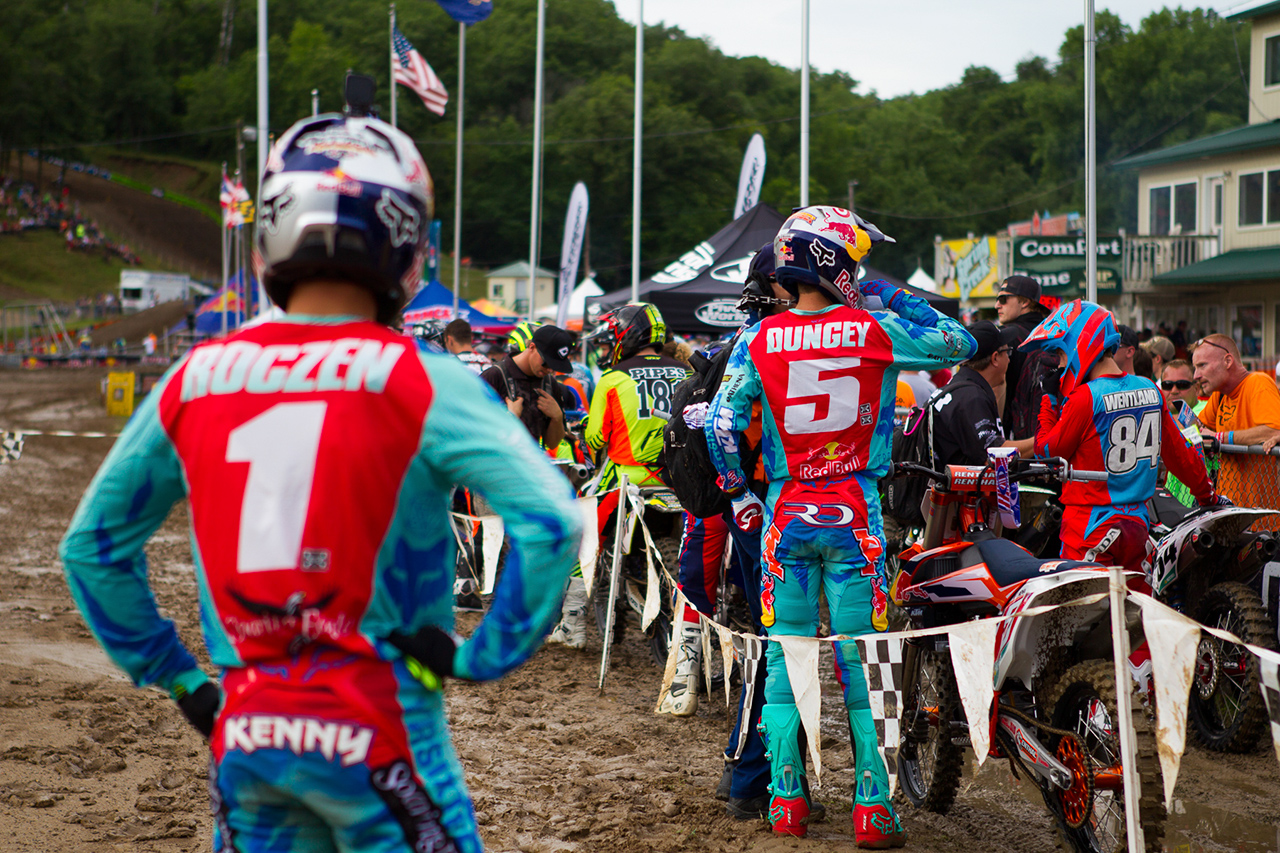 Ken Roczen wasn’t able to defend last year. Will he be able to take the title back this year? Photo: Scott Mallonee Jeremy Martin has won Hangtown twice. He is also the defending champion for the second year in a row.