The start of the first 250 moto at Glen Helen last weekend. Photo: by Brian Converse.

For the AMA Pro racers, the series is “finally” out of California. Many fans believe that the racing doesn’t really start until Colorado, but the two California rounds were stark contrasts to each other. Hangtown had weather issues, they expected rain and “rain prepped” their track, then when the rains were very light the result was less than ideal dirt conditions—making for a relatively easy day. Glen Helen, on the other hand, was the exact opposite. Glen Helen didn’t expect rain, so they planned to be rough, gnarly and difficult. With its larger than life hills, the unique “unrhythm” section, huge jumps, long laps and unique fan friendly sections (sand, two-way, Hip Jump, Triple Step-Up and Talladega first turn) Glen Helen produced passing galore.

A few things were established this past Saturday. First, Ken Roczen is on fire. His performances have been dominant every moto. At Glen Helen, Roczen made no delay in the first moto, reeling in and passing Ryan Dungey to take the lead. While he established a huge lead from second, Roczen succumbed to a fork cap malfunction in the waning laps forcing him to slow considerably. The damage was done as the Jimmy Johns/RCH Suzuki rider lost three positions. Ryan Dungey took the win, and upon crossing the finish line looked back to find that Roczen wasn’t in sight. Eli Tomac and Jason Anderson rounded off the podium. Roczen came into the second moto with an obvious chip on his shoulder and blew the field away.

Eli Tomac was visibly frustrated for the second weekend in a row. It is quite hard to follow up on his dominating performances of last year (even though it only lasted for 5 motos). While Tomac is adjusting to the new bike, Ken Roczen and Ryan Dungey have only become faster and smarter on their rides. Jason Anderson and Trey Canard are competing for a distant fourth and fifth position at this point. Canard has shown a few good starts, but he also has thrown away every good start this season in a simple crashes.

In the 250 class, Alex Martin silenced the critics at Glen Helen. While he hasn’t proven he can put a season together, Alex has shown much improvement since the Supercross series. The elder Martin is battling his teammates, and the few riders who can compete with the Star Racing Yamaha crew. Glen Helen was a podium sweep for the Star team, with Alex Martin (first overall), Jeremy Martin (second) and Cooper Webb (third). Rookie Austin Forkner(Kawasaki) and Jessy Nelson (KTM) were the only non-Yamaha riders to make the podium in a moto at Glen Helen. While impressive for a rookie, it is still in doubt if Forkner back up his quick start in 2016 with another podium in Colorado? Joey Savatgy was not able to repeat the dominant performance he showed on the smoother Hangtown track on the rougher Glen Helen layout. Joey demonstrated good speed at Glen Helen, but it wasn’t near the front (thanks top bad starts). Ryan Dungey got his first win of the 2016 National season at Glen Helen. Photo: by Brian Converse. 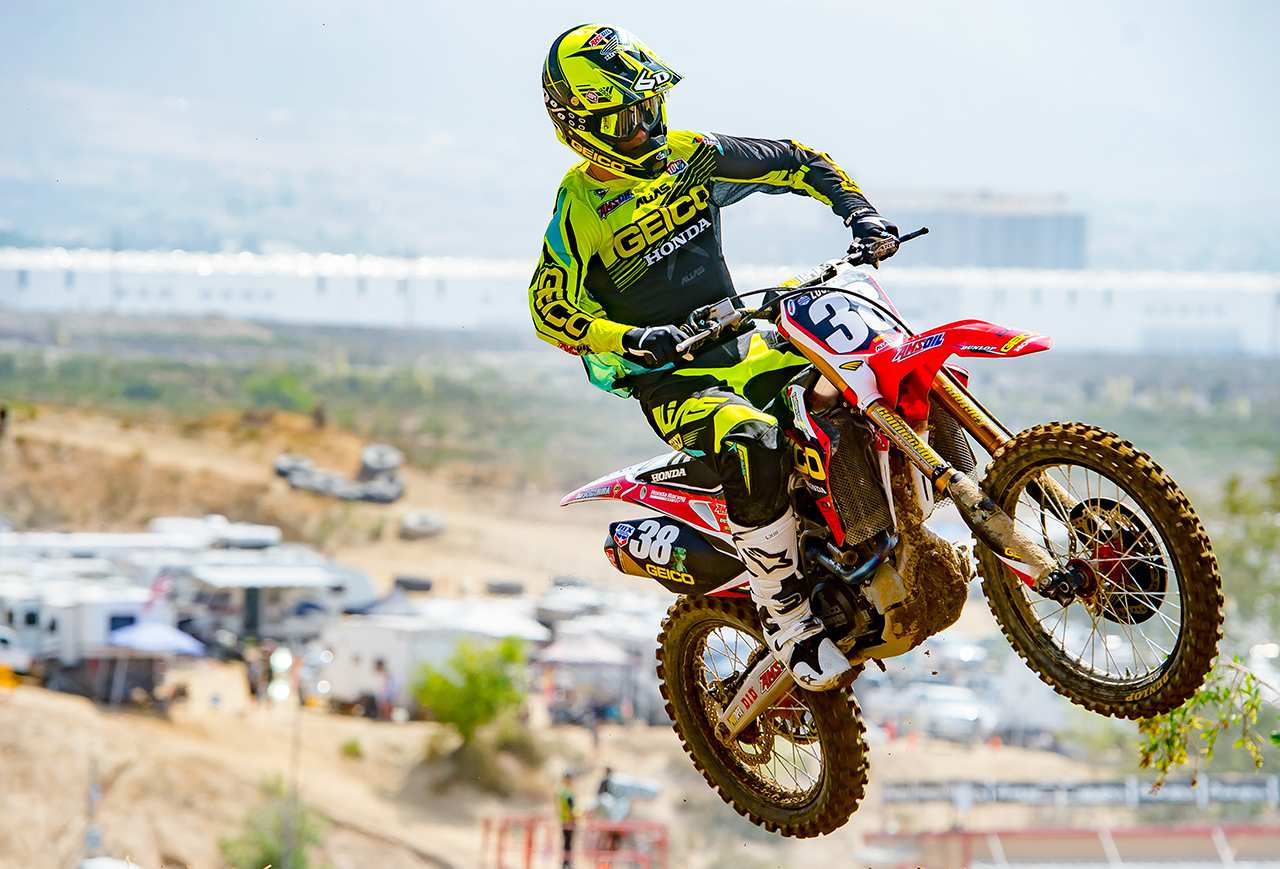 Christian Craig broke his lower leg in the first moto at Glen Helen when he landed on teammate Jordan Smith.

James Stewart –  Injured shoulder at Hangtown. He ran 450 practice at Glen Helen, but couldn’t race. Matt Bisceglia will get a fill-in ride to fulfill Suzuki’s contract commitments.
Blake Baggett – Broken collarbone at Hangtown. Raced the first moto at Glen Helen, but pulled out of the second one due to pain. He may race Thunder Valley, but most likely will sit out until Mt. Morris.
Weston Peick – Crashed at Glen Helen and suffered a concusssion. Reportedly failed the concussion test for this weekend in Colorado.
Dean Wilson – No word on when he will return in the National season. Currently he’s practicing in Florida.
Ronnie Stewart – Injured shoulder and punctured lung. He is planning to return in Thunder Valley.

Tristan Charboneau – It was a short 3-moto Pro career, but Tristan will be back when his broken collarbone heals.
Gannon Audette – Recovering from a crash at Hangtown.
Chris Alldredge – Still recovering from a pelvis injury he suffered in Las Vegas.
Christian Craig – Broke his tibia and fibula landing on his teammate Jordan Smith. He is most likely out for the season.
Michael Leib – Needed surgery on an improperly healed navicular and talus.
Kyle Peters – Separated AC Joint.

TWO-STROKE VIDEO: “THE 125 AND THE TRIPLE STEP-UP”