JASON ANDERSON TRAINING FOR DAYTONA SUPERCROSS: PLAYING IN THE SAND JASON ANDERSON TRAINING FOR 2021 DAYTONA SUPERCROSS: PLAYING IN THE SAND

Daytona is just around the corner as we head to the ninth round of the 2021 Monster Energy Supercross season. Many heavy hitters in the 450 class have done well at the infamous Motocross/Supercross hybrid track over the years, but one of those names that we have yet to see win the premier class at Daytona is Jason Anderson. Many of the teams that are set to race the massive Supercross track have taken action to develop their own hybrid-style courses. Now more than ever have we seen a bigger push towards training for Daytona and it’s for good reason. This Saturday won’t be the only “Daytona-themed” track on the 2021 circuit. The three Atlanta Supercross rounds will also be held outdoors at the Atlanta Motor Speedway. Like Daytona, those three races will have longer lap times, variable terrain, and motocross sections. MXA’s Travis Fant visited Tyla Rattray’s Training Facility in Florida to capture some photo and video footage of Jason Anderson getting his training in before Daytona. The video is coming soon, but for now, enjoy this gallery that we composed. It doesn’t get much better than riding conditions than this. Jason is known for absolutely launching the wall jump at the Monster Energy Cup in the past. Daytona has probably the biggest wall jump that Supercross has seen. Maybe we will see the 21 skyrocket when the rest of the competition is staying low? Here’s a clip of Jason taking the much safer way during practice. Jason Anderson spent seven years training with Aldon Baker alongside riders like Ryan Dungey, Marvin Musquin, Zach Osborne and more. Last year, in April, after the 2020 Supercross season was put on pause due to Covid-19, Jason Anderson left the Baker program and decided to do something different. Jason explained before the 2021 season kicked off that he’s been working with Darren Stockton, a former Pro cyclist, as his trainer. Jason spent the majority of his time during the offseason riding in California with GasGas riders, Justin Barcia and Michael Mosiman. Now, he’s in Florida for the middle portion of the season and he’s been riding at different training facilities. 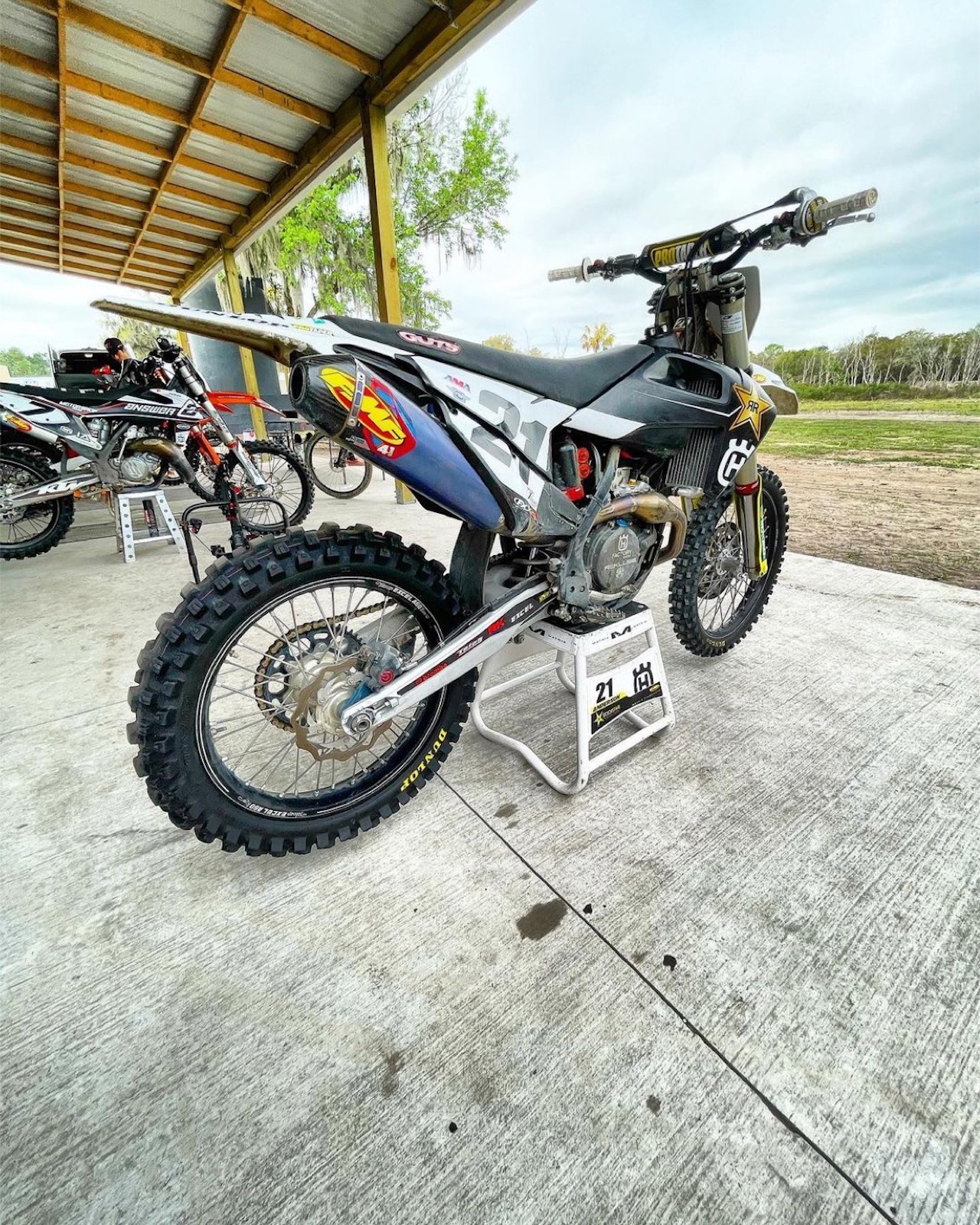 Didn’t know there were bears in Florida? Tyler Bowers was prepping for the Daytona Supercross as well and he’s wearing the new O’Neal Prodigy gear that just came out. Thanks for scrolling! Make sure to follow Motocross Action as we bring you all the action and news surrounding Daytona and the remainder of the 2021 season.