At the first Arlington round held at AT&T Stadium, Marvin Musquin had a nasty get-off following one of the rhythm sections and into the face of the berm following it. It was apparent right away that Marvin had suffered a concussion as he laid limp at the base of the berm, but thankfully recouped and got off the track after the Alpinestars medical crew assisted. Marvin was then taken to the hospital and he has since provided an update on his injury:

“Hi everyone, I had a big crash on Saturday night as many of you already know. I have been very lucky to get up in one piece, really sore but nothing was broken. I did require a few stitches but nothing bad. But I did get a concussion and I have to follow the concussion protocol that is in place with the Alpinestars Medical Clinic in order to get released to go back to racing. This protocol takes a minimum of a couple days, and unfortunately, it is impossible to get a release to race for today’s round. Our goal is to follow every step of the protocol to be rechecked on Friday and we hope I can get cleared to race Saturday. Until then I am working on my recovery”

We’re hoping to see the French rider back on the track soon and we’re thankful that nothing serious is injured. Marvin currently sits eighth in the points chase and has recently been picking up the pace. Get well Marv.

No one has seen the Musquin crash... Until now! Gnar. pic.twitter.com/vvQTijpyAD 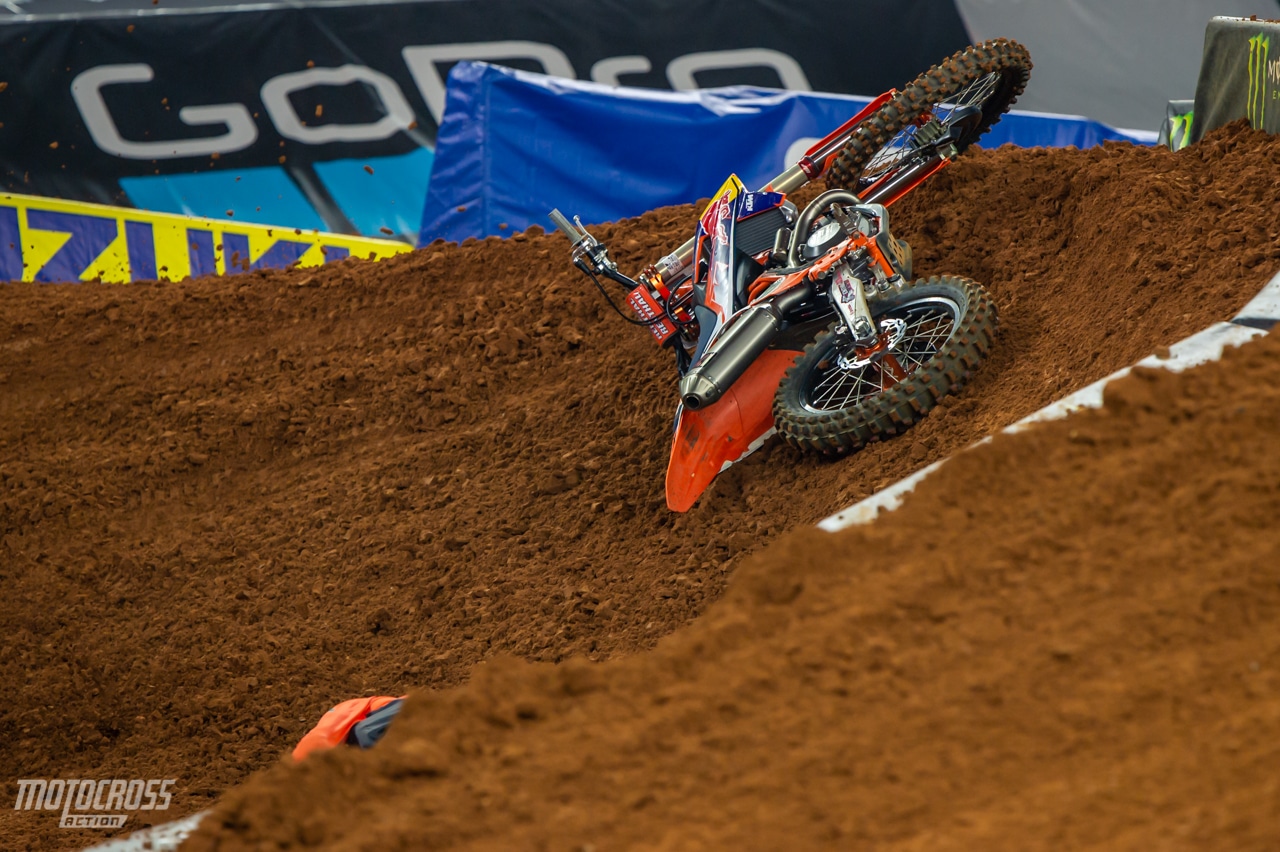 It is hard to see but Marvin is laying at the base of the berm. 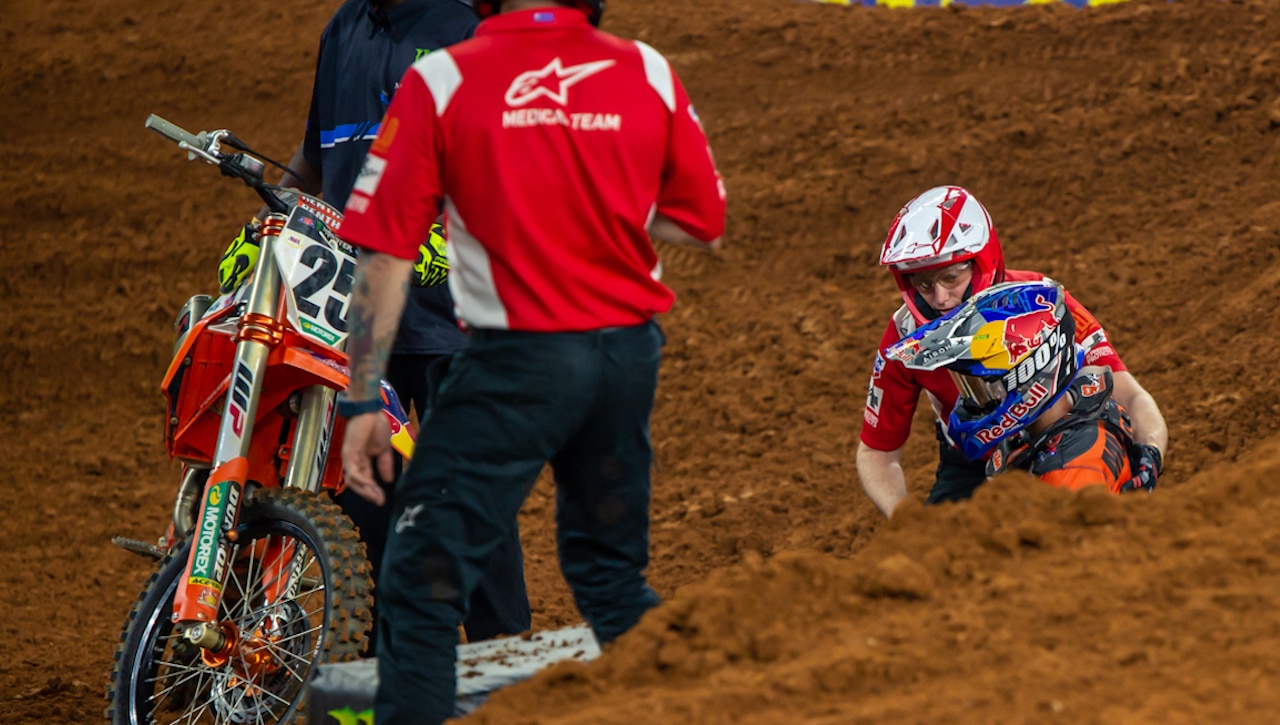