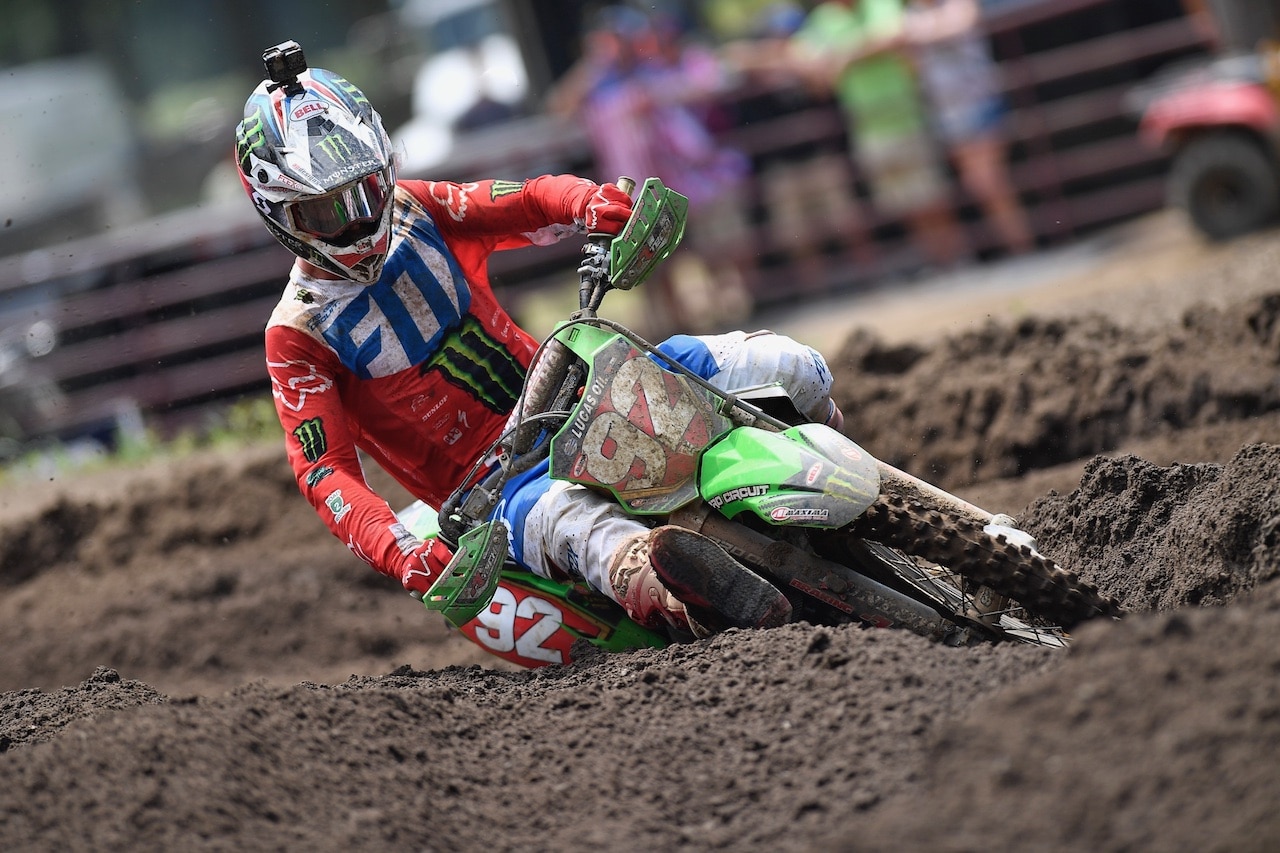 Adam Cianciarulo wins the overall at the Millville National.

Coming into the the 2019 Millville National, Adam Cianciarulo had a 25-point lead over Star Racing Yamaha rider Dylan Ferrandis. The weather in Minnesota has made for a wild roller coaster ride of a day. First the heavy rain and lightning storm caused a power outage at the Spring Creek Motocross park. This took down the loud speaker system and their internet. Then, the first qualifying sessions were cancelled and the races were rescheduled to start an hour later. Finally, the racing was able to get underway and we have the results right here.

In 250 Moto 2 it was Justin Cooper who grabbed the holeshot before Adam Cianciarulo charged pass the Yamaha rider in the famous Millville whoops on the opening lap. Kyle Peters was third with Garrett Marchbanks fourth early in the race, but Alex Martin was able to make it around both of them on lap two to inherit the third place position. Dylan Ferrandis didn’t have the best of start, but he was pushing the envelope early in the race to make passes, Dylan passed into sixth with 20 mins left to go. Hunter Lawrence wasn’t able to get a good start in the second Moto, he was eighth at the halfway point. Dylan Ferrandis was still on the charge and he made a very close pass on his teammate Colt Nichols coming into the sand whoops, but we would go down at the end of the whoops and give the spot back to Nichols. Moments later, Justin Cooper who was in second went down and dropped all the way back to tenth place, and at the same time Alex Martin made a mistake and Colt Nichols was able to capitalize on it to take over second. Adam Cianciarulo held on to take with win and the overall on the day and Alex Martin would finish second in Moto 2, but he was docked one position because of an off track excursion on the start. Hunter Lawrence grabbed the early lead with Adam Cianciarulo in second. Alex Martin quickly moved into third and Dylan Ferrandis was fourth early in the race. The privateer KTM rider, Zane Marrett sat in ninth. Hunter Lawrence held the lead in the mud, but later in the race Adam Cianciarulo started to close the gap. As the race went on the track continued to deteriorate as the ruts and bumps got deeper and deeper with every passing lap. Cianciarulo took his goggles off and started making mistakes until finally a small mistake turned into a crash. Adam tucked the front end coming over a roller and he went down. Luckily, Adam kept his hands on the bars and he was able to pick up the bike quickly and continue the race in third place. Chase Sexton moved pass Ferrandis to inherit fourth place, but unfortunately for him, his Geico Honda expired and he wasn’t able to finish the race.