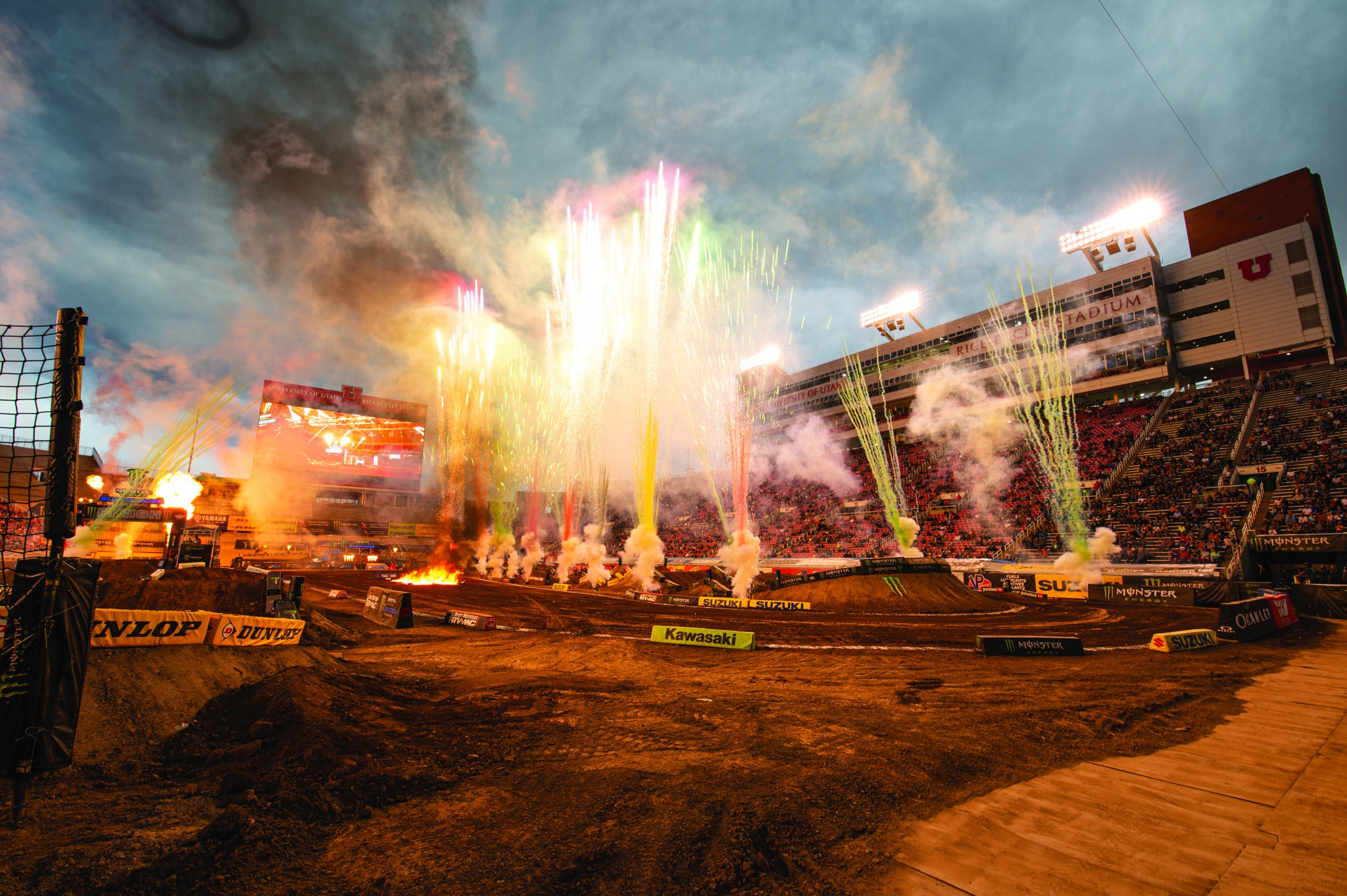 The Monster Energy AMA Supercross series is no longer considered a World Championship as Supercross and the FIM (Fédération Internationale de Motocyclisme) have decided to part ways. Interested in learning how the FIM got control of American Supercross? Click here. For the official statement from the FIM, read below:

As a direct result on the impact of the ongoing Coronavirus (COVID-19) pandemic, Feld Motors Sports – the promoters of the Monster Energy AMA Supercross Championship have today confirmed that they unfortunately will not renew their international sanctioning agreement with the FIM, as the series reverts back to a domestic series from next season onward, under the control of the American Motorcyclist Association (AMA).

The long standing dual sanctioning agreement has been in place for the last two-decades and has seen a strong and successful relationship forged between the FIM, Feld Entertainment and the AMA. The FIM’s involvement started early in the new millennium, at a time when the international expansion of events was seen as the next growth area for the sport. From 2002 through to 2006, the series started in December and visited Switzerland, Holland, Spain and Canada before settling into a recurring domestic schedule.

From 2008, Toronto – Canada became a regular stop on the tour and served as the lone international round through until the 2017 season. The cancellation and postponement of several events due to COVID-19 restrictions has seen Feld Entertainment refocus their live events in North America, whilst adopting a watching brief in terms of the demand in international markets returning to pre-pandemic levels. The Monster Energy AMA Supercross Championship continues to attract the some of the best talent from all corners of its home nation and from across the World, including strong representation from Germany, France, Japan and Australia. Additionally, Feld Entertainment will also continue to expand its global partnerships and licensing agreements plus world-wide TV outreach including through its own viewing platform that now boasts subscribers in over one hundred and thirteen countries.

Commenting on this announcement Jorge Viegas, FIM President said: “Firstly, I would like to say a huge thank you to Feld Entertainment not only for such a long and great partnership, but also for their immense work in making the Monster Energy AMA Supercross Championship the wonderful product it is today. I firmly believe under normal circumstances that this is an agreement that would have been extended for a further period and that would have continued to go from strength to strength. That said we fully understand the current situation and respect the decision that has been taken. With the ongoing support of our national federation in North America – the AMA – I am confident that the series will soon recover the levels it enjoyed before the pandemic and that in the future we will have the opportunity to explore a new agreement. In the meantime, on behalf of the FIM I would like to wish our American friends every success.”

HOW DID THE FIM GET INTO SUPERCROSS IN THE FIRST PLACE? | FULL ARTICLE

HOW THE FIM GOT CONTROL OF AMERICAN SUPERCROSS

THIS WEEK IN MXA: GETTING SIDEWAYS ON A FLAT TRACK PIT BIKE & IVAN TEDESCO INTERVIEW