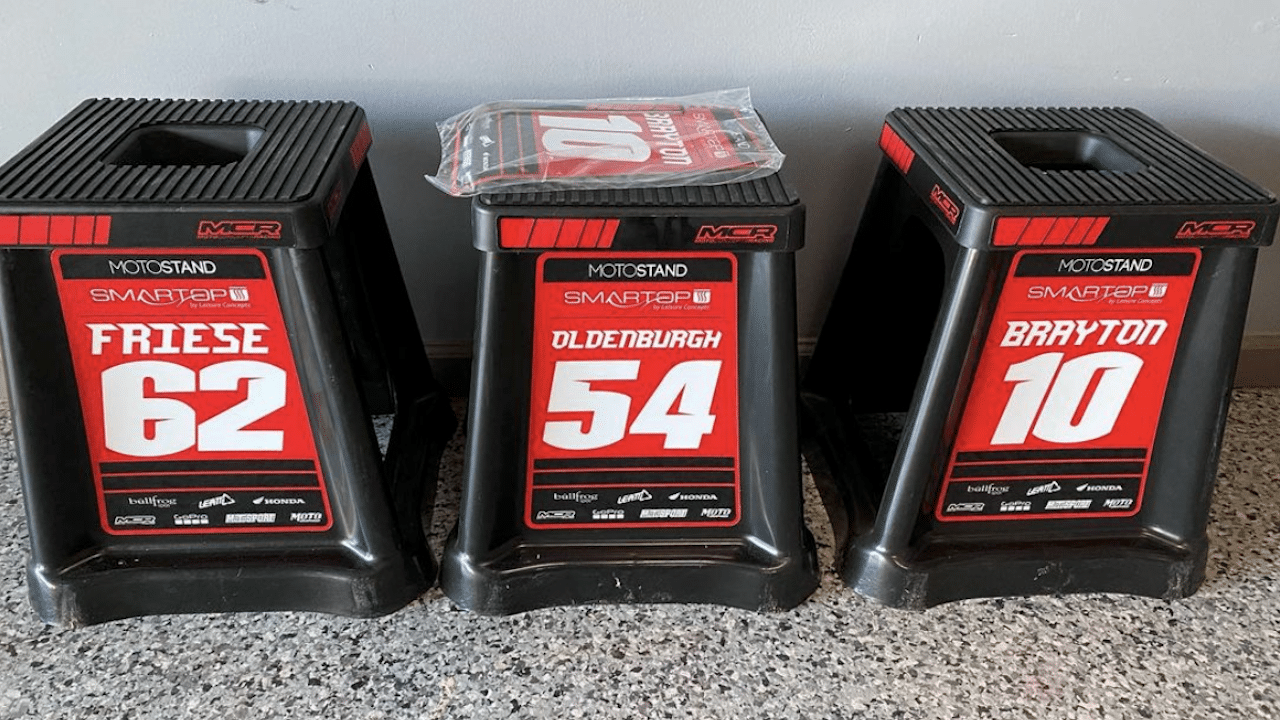 Spokane, Wash. (October 15, 2021) – MotoConcepts Racing (MCR) is pleased to announce that its extensive plans for the 2022 Supercross series will include a two-rider program in the 250 Class with Vince Friese and Mitchell Oldenburg. The two experienced riders will be assigned to compete in the opposing West-East Coast regions and then step up to race the 450 Class alongside teammate Justin Brayton during their division’s break. MCR is excited at the potential of this new effort and to see riders chase checkered flags aboard the new 2022 Honda CRF250R motorcycle.

“Our model with Vince and Mitchell riding the 250 Class on one coast and then the 450 Class on the opposite, plus Justin Brayton full-time in the 450 Class, is unique,” stated Team Manager Tony Alessi. “The 2022 CRF250R is a new model for this coming season, and we are both excited and committed to developing this bike into a race winner!” Vince Friese hasn’t raced the 250 class since 2015. His best finish that year was sixth place and he earned it twice.

Vince Friese has been part of the rider lineup through multiple iterations of the MCR team and has established himself as a consistent finisher at the highest levels of Supercross through the past ten years. A move to the 250 Class will put the veteran racer against a very competitive field, and his experience and riding style will be an even match against the young talent. “It’s great to be with the MotoConcepts team for another year, especially with this plan to split my time between the 250 and 450 Class,” said Friese. “Tony and Mike have supported me for years, and I know the team will build a bike that can contend with anything on the starting line.” Like Justin Brayton, Mitchell Oldenburg also rode for the Muc-Off Honda team last year. He also raced multiple events in the 450 class while his primary 250 East coast series was on break. Mitchell is accustomed to this style of program.

Mitchell Oldenburg is a new addition to the lineup. A longtime 250 Class rider known for impressive speed and incredible potential, Oldenburg is expected to be a front-runner in the ninth year of his professional career. “I’m really excited to be with the MotoConcepts team for 2022! I wasn’t sure what was next for me at the end of last season, but I am beyond grateful for the opportunity Mike and Tony have given me,” shared Oldenburg. “I feel like I have a lot to prove in the 250 Class still and am excited to see what I can do in the 450 Class, too.”

THIS WEEK AT GLEN HELEN: “SATURDAY AT THE GLEN” MOTOCROSS & AME…