“I bought this one nearly finished, but added a few things to get that factory look.  The suspension was done by Pro Circuit, and has been updated with cartridge internals from a KX80. The biggest score for this project was an actual HRC Double-strap screen door front number plate.” 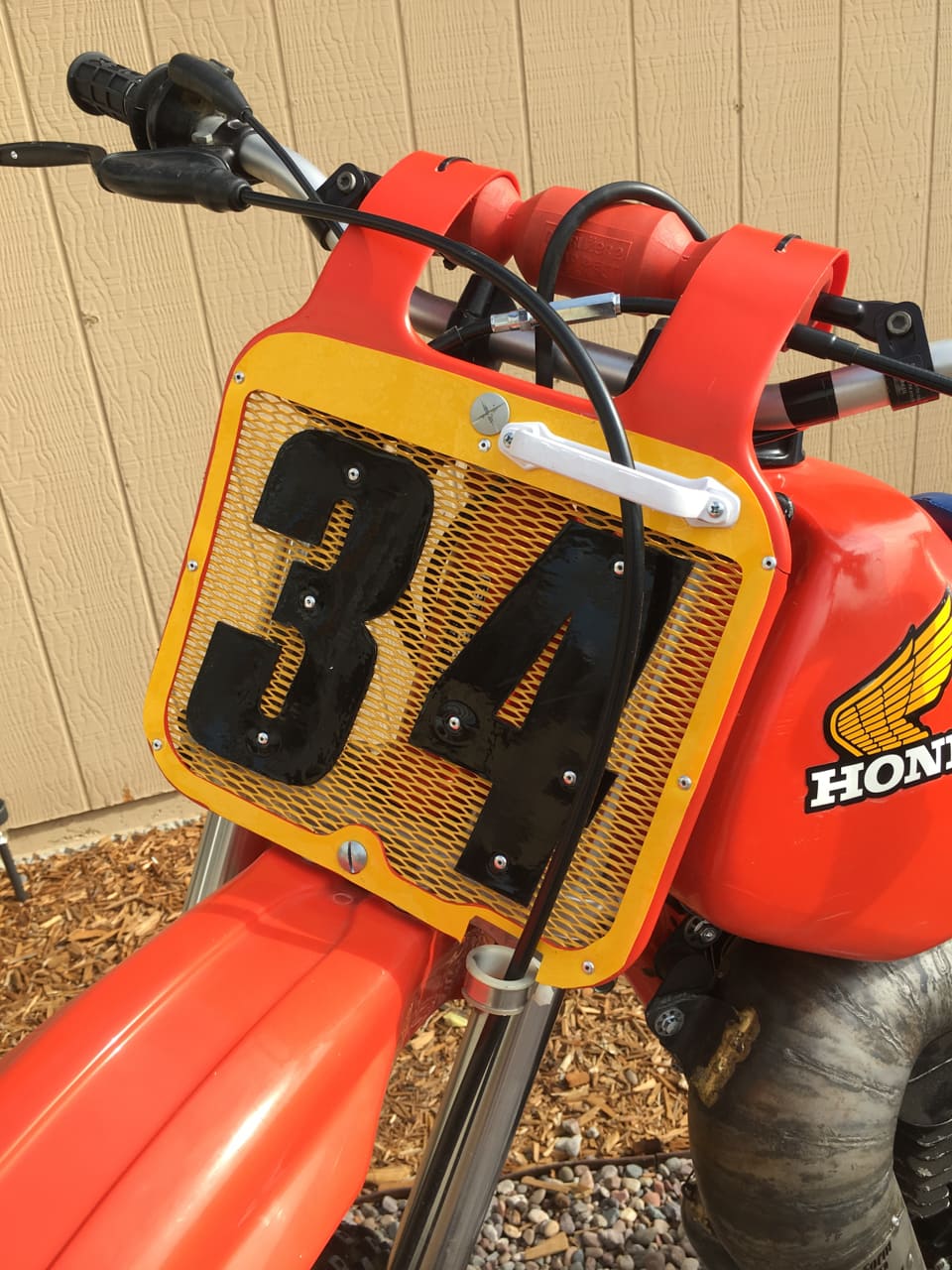 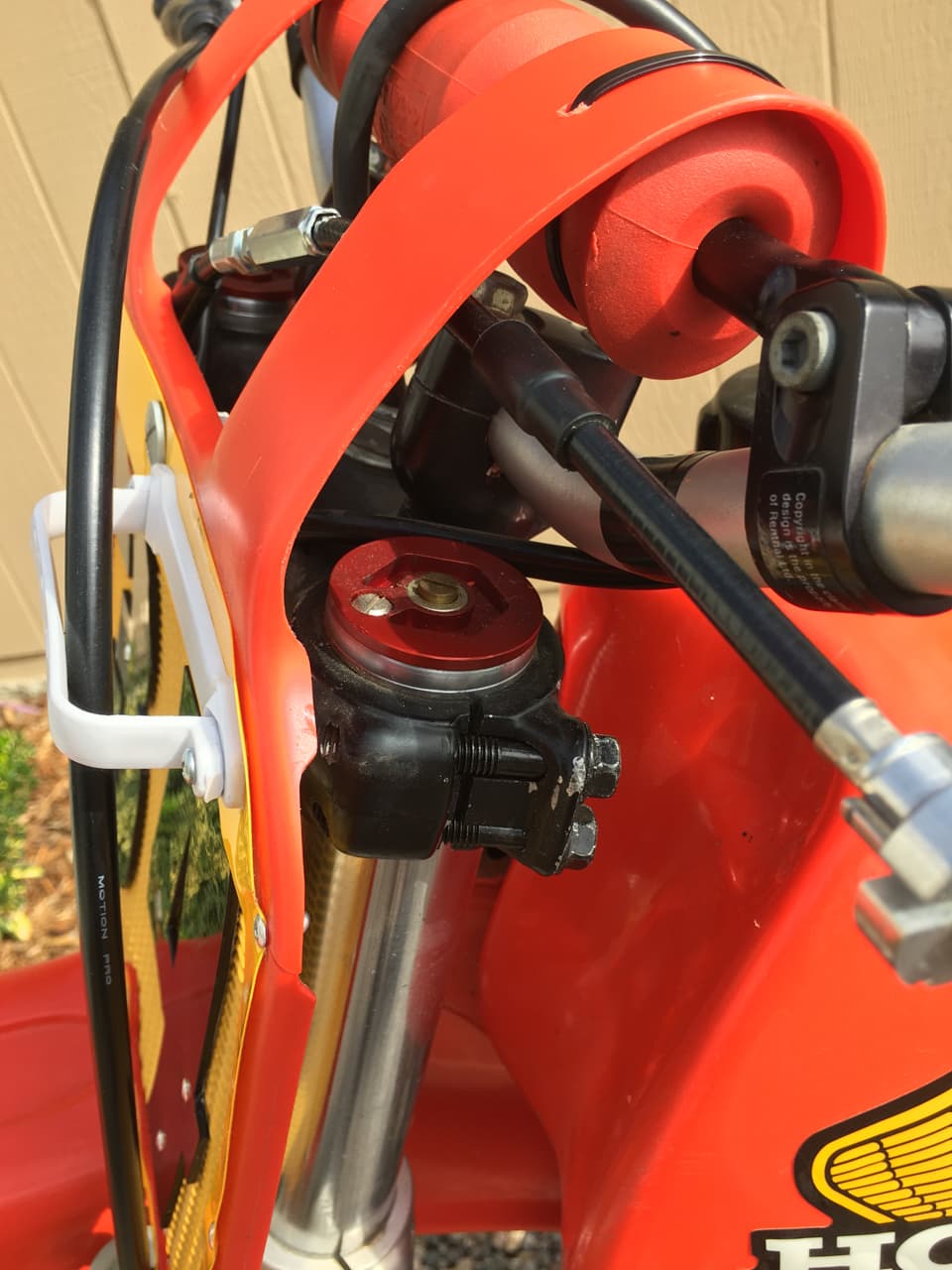 This CR480 has an old set of KX80 cartridges in the forks that were worked on by Pro Circuit.

Editors Note: Please keep those submissions coming. If you would like your bike to be featured in the “Two-Stroke Spotlight,” please email me at [email protected] All I ask is that you give a breakdown of your bike and a detailed description of the build. Please also send a few photos of your steed. By submitting your bike for the “Two-Stroke Spotlight,” you agree to release all ownership rights to the images and copy to MXA. IN MEMORY OF RON MEREDITH From Road to Recovery: Ron Meredith (Rocket Ron) touched nearly everyone around the moto industry at some point. Most famously as the go-to guy for Travis Pastrana’s Team 199. Ron’s influence didn’t stop there of course, as a colleague at Ford, racer, moto enthusiast, skydiver and a great friend to so many. Ron was a source of information and inspiration to everyone.

Ron may have created the phrase “work to live, not live to work.” Ron’s family, friends, and colleagues will all tell stories of his great adventures across the world, riding, jumping, and living every day to the fullest. Ron didn’t just break the mold, he crushed it. If he was nearby, people were going to have fun. Led by Reed who provides a level of championship leadership and experience few riders in the history of Supercross can, MDK Motorsports will field an extremely competitive group of riders each bringing the experience and skill necessary to compete at a World Championship level. Justin Bogle, Josh Grant and Derek Drake on their new bikes and setups for the WSX series.

“This is a lineup stacked with veteran experience and incredible skill – guys who’ve raced at the highest level and know exactly what it takes to win,” said Kvamme. “Chad and Josh were teammates over the years and there’s a valuable level of trust and mutual respect between them, while Justin and Derek will be a formidable pairing to push the field in SX2. This is a tight group, and we couldn’t be more excited for the first race in Cardiff next month.”

Rounding out the team and joining Bogle in the SX2 class is Derek Drake from Central California. Making his professional motocross debut in 2019, and his supercross debut in 2020, Drake is a talented, up-and-coming rider looking to break out globally in the WSX series. His talent, drive and dedication will be complemented by the incredible experience and leadership of his three teammates as they tackle the global stage in WSX. In a unique move to supercross teams, MDK motorsports has also retained back up rider Henry Miller a fellow Minnesota native of Team Manager “The People’s Champ” Jamey Grosser.  Miller is a long-time top privateer of supercross and motocross and will be available in a moment’s notice if needed.  Henry will also feature MDK logos in all his racing endeavors. MOTO TIP. Entering the whoops at the right speed is critical. A lot of people tend to come in slow and pick up the pace once they have a good rhythm going. This causes issues, as they will lose traction when trying to speed up. It takes commitment, but if you come in at the same speed you plan on going through them, it will help you stay on top of the whoops and keep straight. Continuing the original concept, these translucent plastic protectors will mount on the side panels to avoid graphics from peeling away easily. This system avoids the contact between the boot and the graphics, ensuring your graphics live much longer.

Enduring wear and abrasion, graphic guard protectors are user-friendly: 1-point mount and they are already installed! Who is this wheelie master? Answer at bottom of the page. WHICH IS BETTER FACTORY VERSUS STOCK KX250?


SIDI RIDER SIGNING AT THE MXDN AT RED BUD! 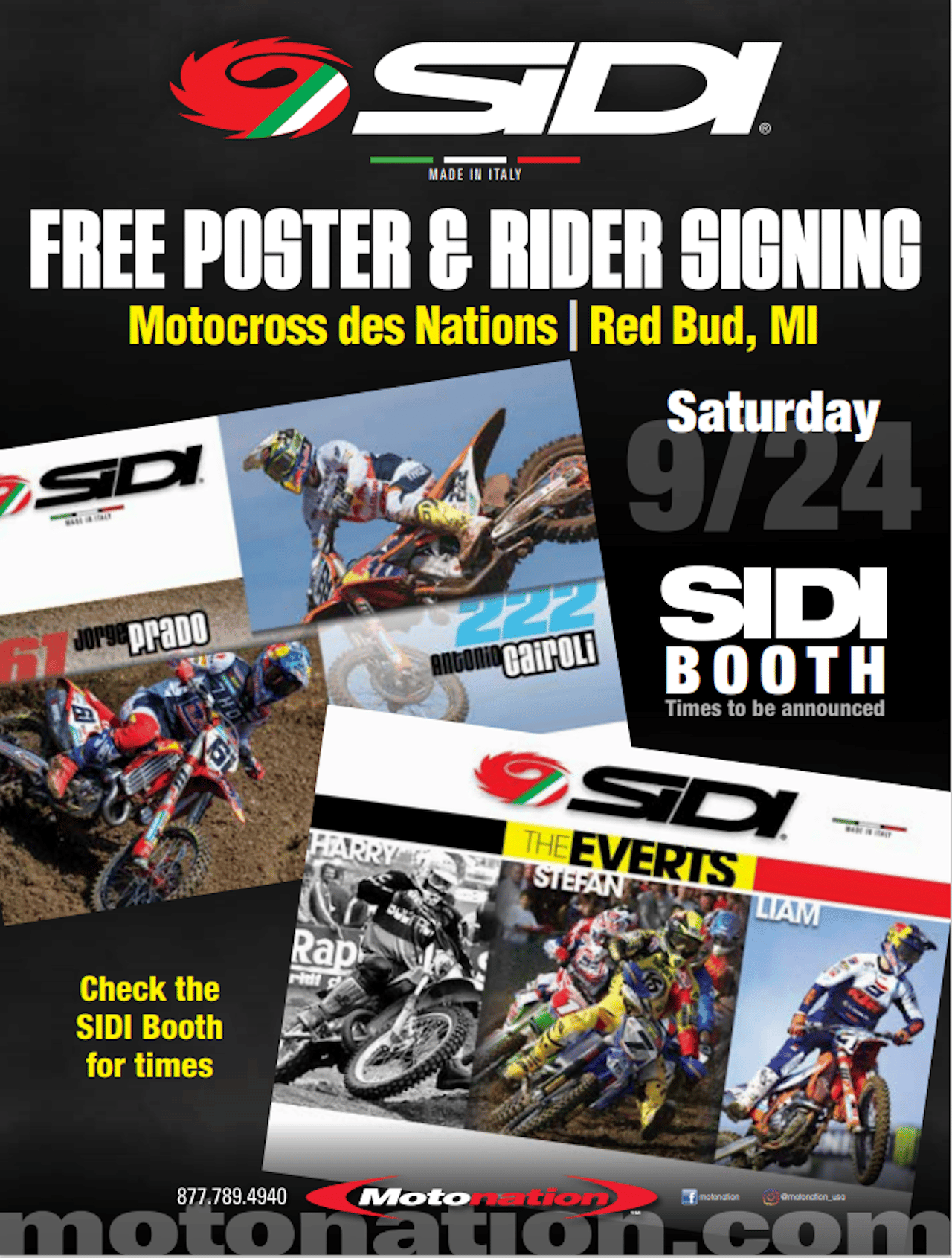 Jimmy was the first American to win a Trans-AMA against the Europeans in 1973 and came back in 1975 to win a second Trans-AMA event against Roger DeCoster (104).

It was in 1972 in Holland. Brad Lackey, Jim Pomeroy and Gary Jones were my teammates. It was a sand track. We had seen photos and heard stories about Dutch sand tracks but thought, “How bad can this get?” That sand was deep! We wound up finishing seventh, and I don’t know how we did that; the Europeans just flew through it. Huntington Beach will be the site (after two years off). For more information go to www.redbull.com/straightrhythm

THE OCTOBER 2022 ISSUE OF MXA IS OUT! SUBSCRIBE AND YOU WON’T MISS ANYTHING 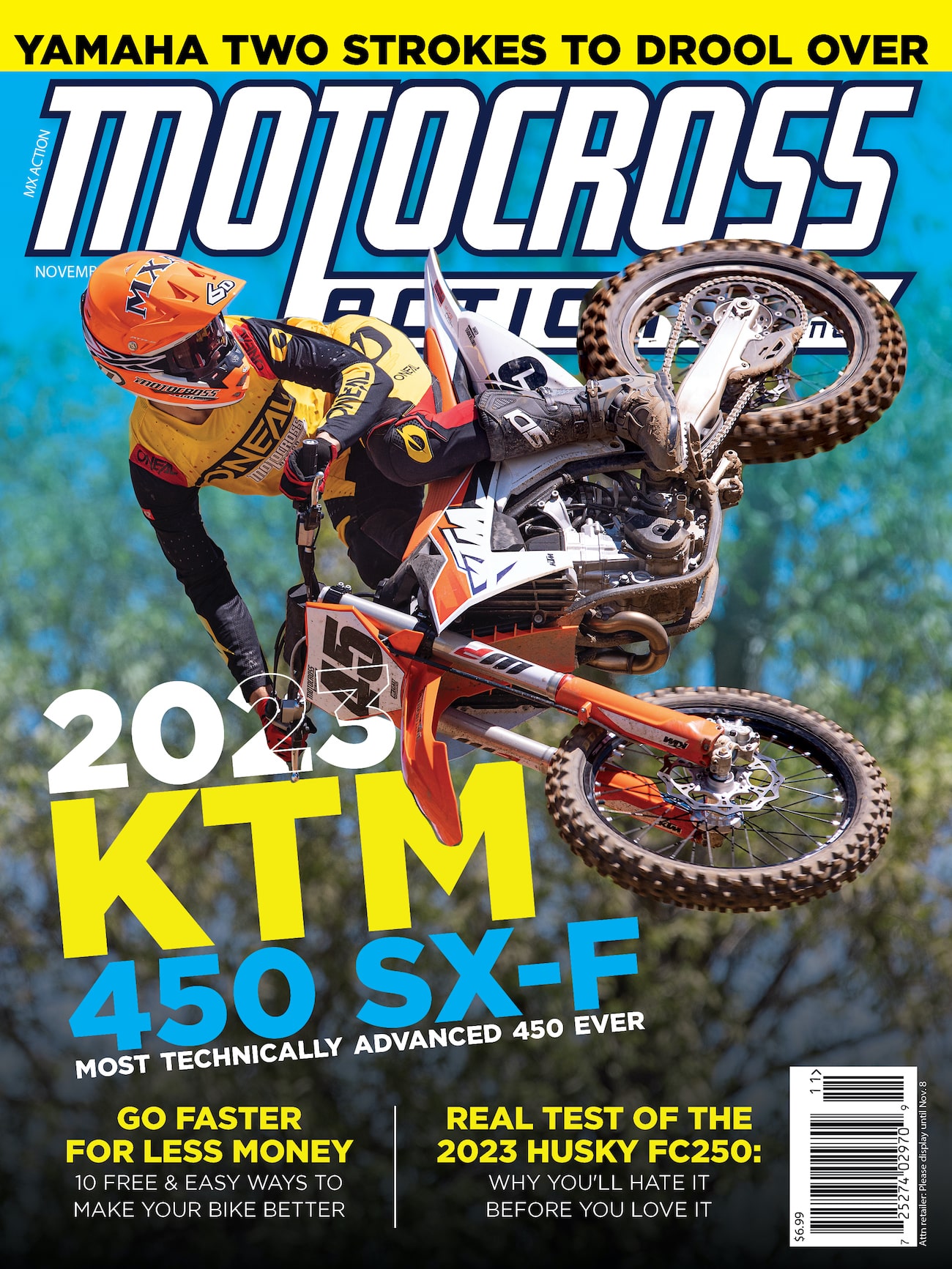 CATCH UP ON THE LATEST VIDEOS: JOSH HILL & CHAD REED WSX TRAINING IN THE MUD