MOTOCROSS: THE STRAIGHT UP FACTS HEADING INTO RED BUD 1. Eli Tomac rode to his second overall win of the season, and his first since the season opener. It was also his first overall podium since the first race, but he is still only four points behind Blake Baggett in the championship standings.

2. Tomac’s 2-1 day gave him his 32nd career victory and his fourth moto win of the season. The podium was his 21st career 450MX class podium.

3. Jason Anderson earned a runner-up overall finish with a 1-2 day. He now has a podium in each of the past four rounds after finishing 13th at the opener. It was his ninth career 450MX class podium. 4. Blake Baggett went 3-3 for his fourth consecutive podium. It was his seventh career podium and Baggett continues to lead the points standings over Tomac and Anderson.

5. For the fourth consecutive round, KTM and Husqvarna have held at least two spots on the podium.

6. Weston Peick earned his best finish of the season with a 4-4. He hadn’t finished in the top four in a moto since the second moto of Southwick last season and was able to do it twice in Tennessee. 8. Baggett and Wilson are the only two riders in the 450MX class who have finished inside of the top-10 in every moto this season. Zach Osborne and Alex Martin are the only riders to have done it in the 250MX class so far. 10. Aaron Plessinger went 1-2 to break Yamaha’s seven round winless streak in the 250MX class. It was Plessinger’s first win since the last round of 2015 and it was his seventh career 250MX class podium.

12. Austin Forkner earned his first podium of the season with a 3-3 finish. It was his sixth career 250MX class podium. 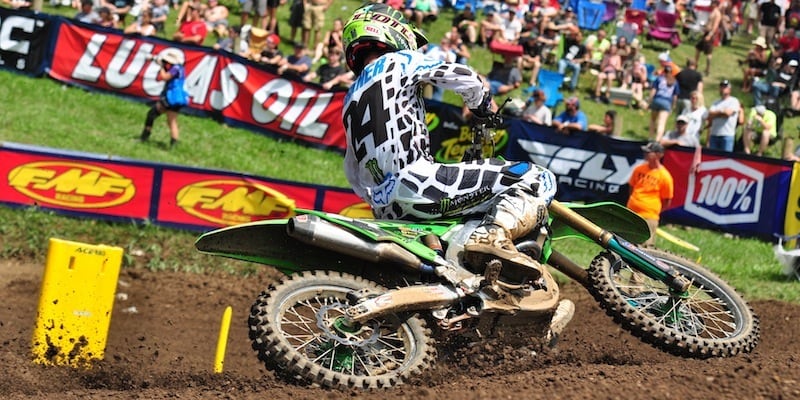