WHAT IS IT? The Slipshot is an AMA-legal holeshot device that is allowed in the stock class. It has nothing to do with suspension and everything to do with clutch control. Its goal is to guarantee repeatability each and every time you drop the clutch off the starting line. The Slipshot’s hydraulic mechanism operates off the clutch arm on the engine cases. Its small, lightweight hydraulic cylinder is cable-operated from the clutch lever. How fast the clutch is released can be adjusted via a dial on the back of the cylinder. More tension releases the clutch slower; less tension releases it faster. It allows hydraulics to release the clutch at whatever speed you prefer—without you doing anything.

WHAT STANDS OUT? Here’s a list of things that stand out with the Slipshot starting device.

(1) Concept. The Slipshot device gives you a consistent launch off the gate. All you have to do is dump the clutch lever and the Slipshot handles the speed with which the clutch is released. You can set it so that the clutch releases slowly so you don’t get wheelspin on concrete. Or, you can set it to release the clutch quickly to blast out of loamy starting spots. Once the clutch is fully released, the Slipshot will lock in place and your clutch will operate normally for the rest of the race. 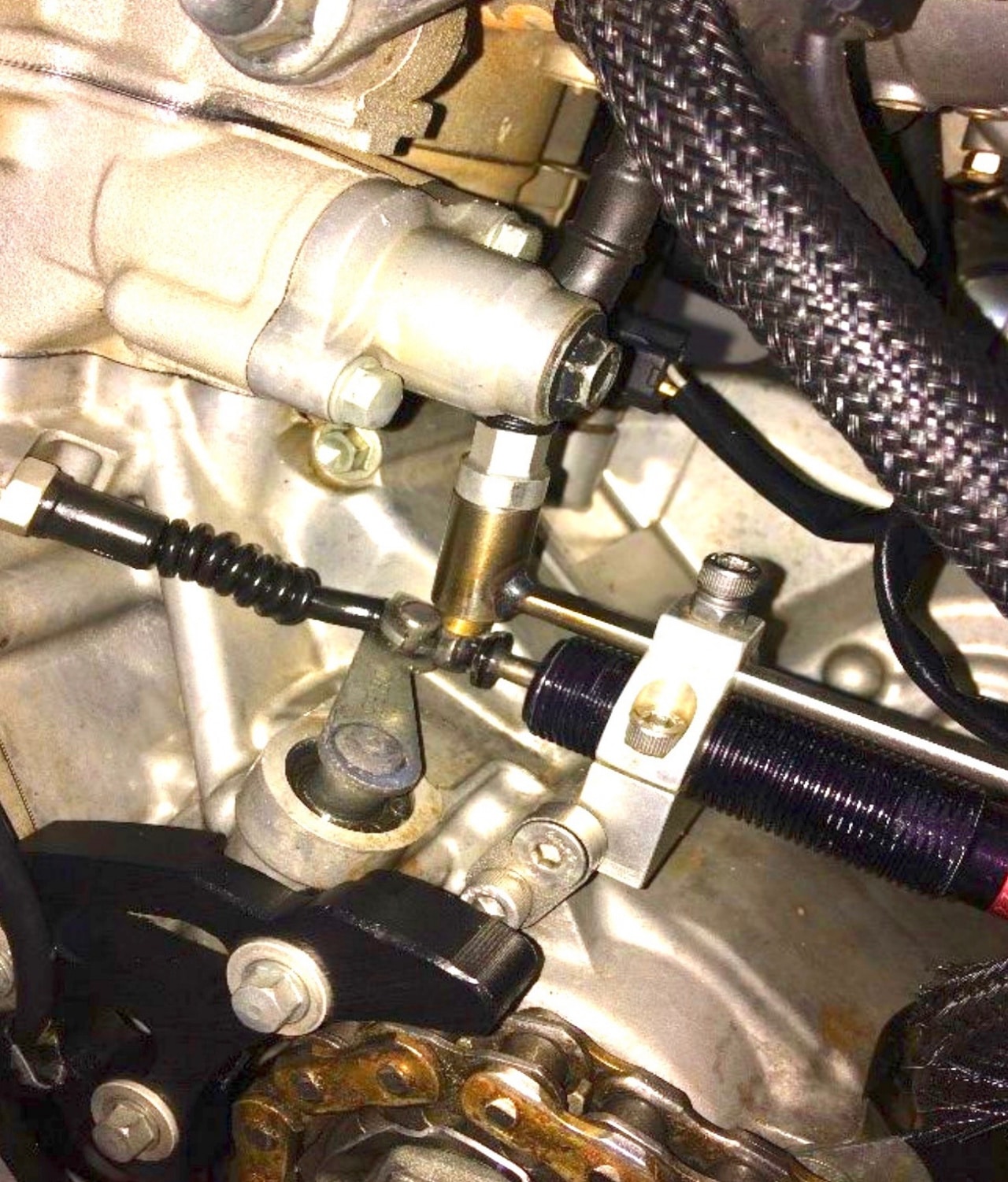 (2) Installation. Installing it is a four-step process: (a) Remove the countershaft guard and the case bolt above the front sprocket. (b) With the longer bolt that Slipshot supplies, thread it through the tab on the Slipshot’s aluminum body into the engine cases. This tab allows for proper left-to-right alignment on the clutch arm. (c) Once the Slipshot is mounted, run the traction trigger cable up the frame to the handlebars. (d) Connect it to the traction trigger, which is like an old-school hot-start lever, and do practice starts to find the distance between the clutch arm and cylinder that works best for your bike. (4) Performance. To operate the Slipshot, pull in the clutch and activate the Slipshot traction trigger lever. Shift your bike into gear and, when ready, let the clutch lever go. You don’t have to worry about slipping the clutch—just let go of the lever. Since you don’t have to worry about the clutch, you can focus on your reaction time, body position and legs. Be sure to take the time to test all of the adjustments to find the perfect release time for your bike. The hardest part will be retraining your mind to dump the clutch like you are a 9-year-old on a 65cc again. It takes time to hand over control after years of slipping the clutch manually.

(5) Durability. Make sure to check the bolts on your Slipshot regularly. We had a nut come loose on the clutch arm that wouldn’t allow it to fully release.

WHAT’S THE SQUAWK? Two quibbles. (1) The Slipshot automatically slips the clutch for 40 to 60 feet, and, if you pull the clutch in manually before the clutch arm is fully released, it will start the process over again and bog your bike down in the middle of the straightaway. Not good. (2) A lot of riders would prefer to practice their starting technique before spending $500.

ASK THE MXPERTS: BOUGHT AN AWNING, LOST AN AWNING