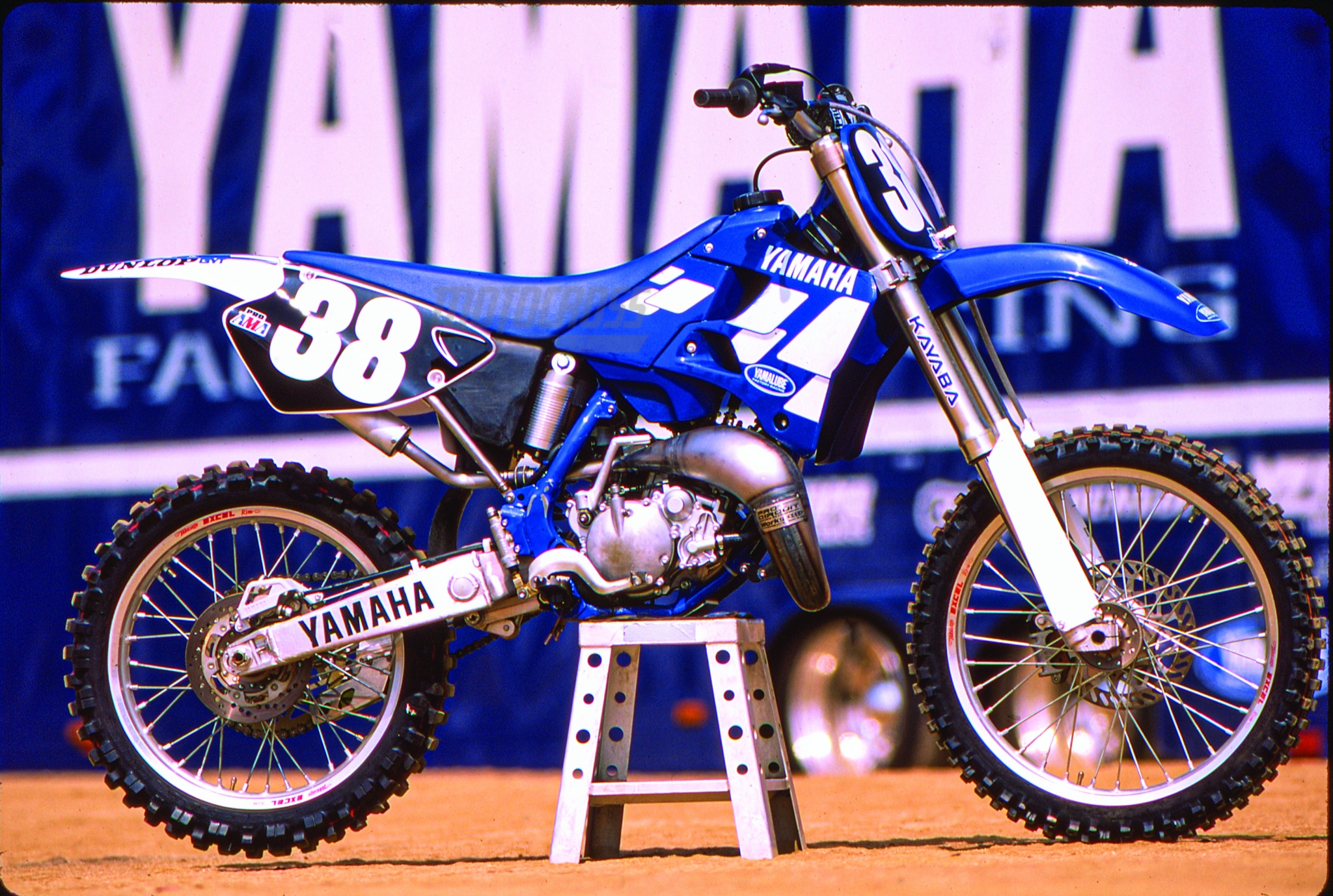 We get misty-eyed sometimes thinking about past bikes we loved and those that should remain forgotten. We take you on a trip down memory lane with bike tests that got filed away and disregarded in the MXA archives. We reminisce on a piece of moto history that has been resurrected. Here is our test of Kevin Windham’s 1997 factory Yamaha YZ125 from the January 1997 issue.

There isn’t a motocrosser on earth who wouldn’t give his right arm to get a chance to ride a works bike—the MXA wrecking crew included. So, when Team Yamaha manager Keith McCarty agreed to let the wrecking crew take Kevin Windham’s Yamaha YZ125—the same bike that “Revvin’ Kevin” won AMA 125 Nationals with—and thrash it, we couldn’t help but feel a little bit lucky. What more could a rider ask for except to have Windham’s talents as well as his bike?

THERE ISN’T A MOTOCROSSER ON EARTH WHO WOULDN’T GIVE HIS RIGHT ARM TO GET A CHANCE TO RIDE A WORKS BIKE—THE MXA WRECKING CREW INCLUDED.

Factory-prepped bikes evoke images of unbelievable power, superb handling, phenomenal suspension and razor-like control. Yet visually, Windham’s YZ125 looked pretty much like the stock YZ125 that the MXA gang brought along for comparison. It is no secret that the stock YZ125 is about as awesome as a production bike can get, but it wouldn’t have been competitive against the likes of Lusk’s, Lamson’s and Huffman’s factory 125s. So, as Larry Brooks, Jody Weisel and Tim Olson wandered through the Yamaha semi (Team Yamaha not only let us have Kevin Windham’s bike but gave us the 18-wheeler, too), they were eager to find out what the factory YZ was like.

HOW ABOUT THAT WORKS ENGINE?

“This thing barks,” announced Larry Brooks, who finished sixth at the Gainesville 125 National on his Chaparral YZl25, after his first lap around Goat Breker’s Perris Raceway. “I thought my race bike hit pretty hard, but this thing hits even harder.”

Yamaha owners know that the best thing about the stock YZ125 is its engine. It pulls right off the bottom and keeps going into the outer limits. Did Yamaha change the powerband for Windham? Nope. Did they drop the low-end for more top-end rev? Nope. Did they make it peaky and pipey in search of high horsepower? Nope. In fact, Windham’s engine didn’t lose any low-end, it just gained a healthy chunk of midrange and kept on pulling for as long as a rider was willing to wring it out. Team Yamaha’s YZ125 is willing to rev, but it does its best work in the same place as the stock YZ125. It’s easy enough to ride that a Novice would love Windham’s engine. Not only is it easy to keep on the pipe, the midrange hit is practically an unfair advantage when drag racing other 125s to the next turn.

However, where Windham’s bike really shined over the stocker was in the shifting department. Yamaha’s typically notchy shifting was eliminated by carefully polishing and prepping the gears, shift forks and cogs.

YAMAHA OWNERS KNOW THAT THE BEST THING ABOUT THE STOCK YZ125 IS ITS ENGINE. HOW ABOUT THAT WORKS SUSPENSION?

“Works” suspension is one of the biggest components of a factory racer. Yamaha has enough confidence in its suspension that Windham’s National-winning bike used stock shock linkages.

“If I only had this suspension on my race bike, I could go twice as fast. I can jump into anything without worrying about the forks bottoming, and the rear shock works so well, you can hardly feel the rear of the bike hitting any bumps.” Maybe this is true for National-caliber riders like Larry Brooks and Kevin Windham, but for mortal men, Yamaha’s works forks are not that mild-mannered. Unless you are going the quasar speed of the fastest Pros, the forks are on the stiff side. On the other hand, Windham’s rear shock was awesome. The Kayaba shock, unlike the forks, felt good to every skill level of rider.

HOW ABOUT THE FEEL OF A FACTORY BIKE?

With a works triple clamp, clutch lever and brakes, one would think Windham’s bike would feel different from a stock YZ. Not so. Windham’s Nissin master cylinder (instead of the stock Akebono unit) powers a stock-size rotor, and in back-to-back comparisons, his braking power wasn’t much better than a well-setup stock YZ’s. Why doesn’t Windham use an over-size rotor like most factory riders? According to his mechanic, Alley Semar, “Kevin’s philosophy regarding the brakes is, if the bike isn’t stopping, then he isn’t squeezing the lever hard enough.”

Windham’s clutch is nonexistent. We don’t mean he doesn’t have one. It’s just that the lever pull is so easy that you can’t use the clutch as an excuse for arm pump.

Windham’s handlebar position is slightly on the unusual side. Unlike every other Pro on the circuit who has gone to the forward-mounted “Bradshaw flop,” Windham’s bars actually slope slightly downward.

Does Kevin Windham’s YZ125 get most of the credit for him winning the 125 West Supercross Championship and four 125 Nationals? Not really. Windham’s naturally fluid style is 90 percent of the story, but his perfectly prepped, well-suspended and potent YZ125 is not a hindrance.