WHAT IS IT? A solution to air pollution, gasoline prices and how to stop the T-nut plates from falling out of your Kawasaki’s rear fender. Okay, maybe just the rear-fender issue.

WHAT STANDS OUT? Here’s a list of things that stand out with the Bolt MX Kawasaki KX250/KX450 Perma-Nuts. (1) Problems. At first glance, the side-mounted 2019–2022 Kawasaki KX airboxes and air filters look like a cool idea—until you start living with them. Problems? We have a few. First, it takes two different-size T-handles to get the Kawasaki airbox cover off. KTM, GasGas and Husqvarna have no bolts. Yamaha has a single Dzus fastener and Honda has one bolt. We aren’t complaining about having to loosen two bolts, but we are complaining about having to loosen two different-size bolts. It shows a lack of understanding about what buyers appreciate. Second, Kawasaki’s filter-cage design is difficult to use, which is odd because Kawasaki redesigned it to make it easier to use. Third, the airbox is so small that there is no room to maneuver the cage, and you can’t see the hook and post when you are installing the filter. Fourth, when you remove the top airbox cover bolt, which doubles as the left seat bolt, the T-nut plate, that the seat bolt threads into, falls out of its recess in the rear fender and lands on the ground.

(2) Solution. There is a solution to the fourth problem. When we told the Kawasaki engineers about our issues with the T-nut plate falling out every time we opened up the airbox, they agreed that it was an issue. Now, three years later, it is still an issue. We tried Super Glue to keep the T-nut in the fender; it cracked. We tried silicone sealant; it spun. We tried Shoe Goo; it lasted for a while. Finally, we reverted to the only solution left; we bent over and picked up the T-nut plate every time it fell off. We were defeated.

(3) Rescue. Luckily, Bolt MX Motorcycle Hardware read our complaint and came up with a true-to-life solution with its Kawasaki rear-fender Perma-Nut kit. 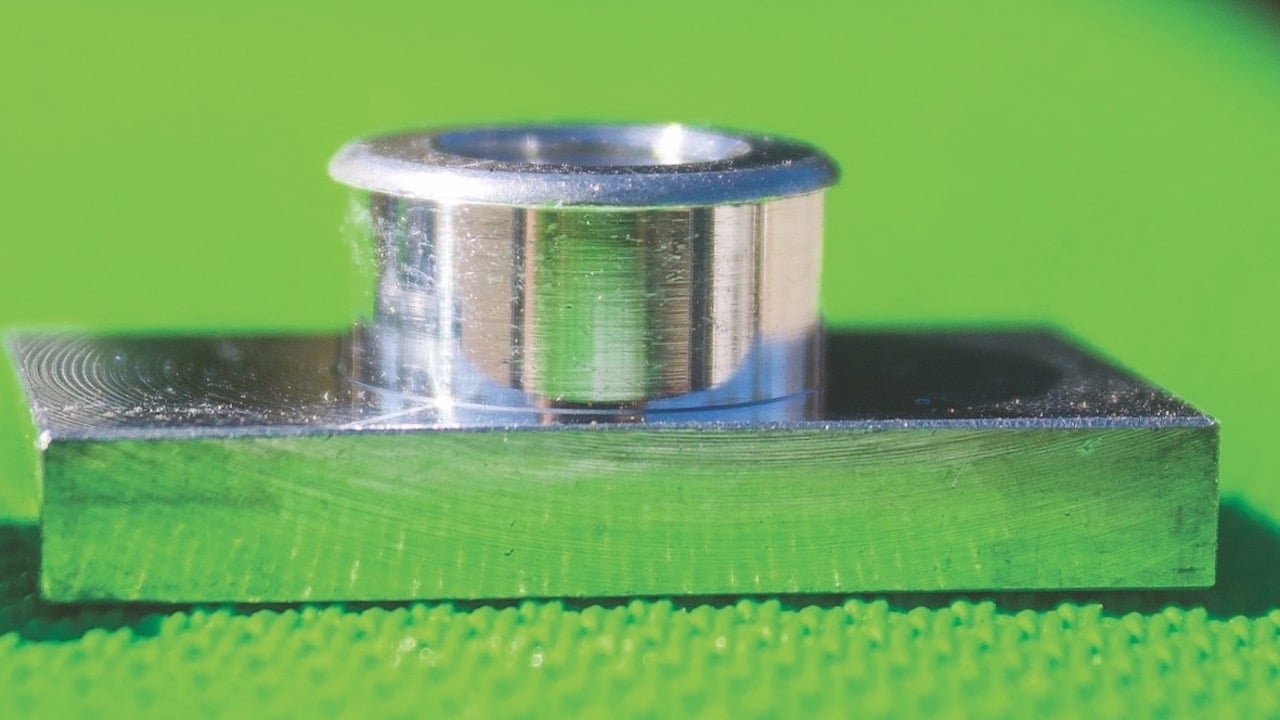 (4) Performance. Bolt MX’s Perma-Nuts differ from the standard Kawasaki T-nut plate in that the threaded tubular extension, that the airbox cover bolt threads into, has a lip at the top of the tube that has a larger diameter than the threaded tube and hole in the plastic fender. So, when you tighten the Bolt’s Perma-Nuts the first time, the large lip is pulled through the Kawasaki fender plastic, which means that it can’t fall out. Problem solved.

(5) Installation. It’s a snap. You use the stock seat bolt to pull the Perma-Nut plate through the plastic fender. It takes about 10 minutes to do both sides of the Kawasaki. Of course, the job of installing them is made easier because the stock T-plates fall out and don’t have to be removed. 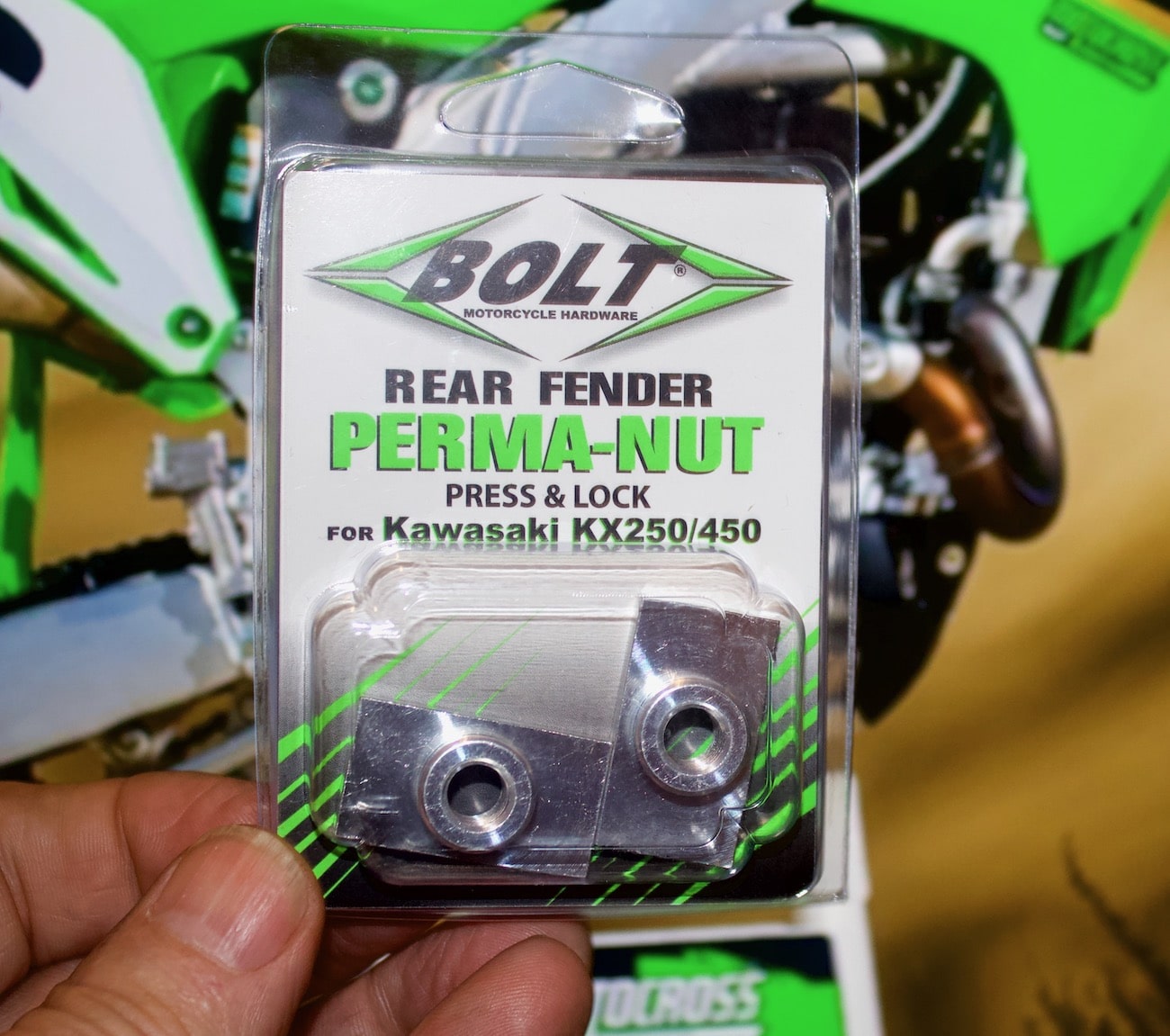 MXA RATING: Bolt MX solved the problem that has stymied Kawasaki since 2019. Well worth the money.