Eli Tomac has been exceptional this year in the Monster Energy Supercross series. With 7 wins and 11 total podium finishes in 16 races, Eli was able to win the 450SX Championship one weekend early at Denver. Right after the big win, Eli explained in his post race interview that he sustained a knee injury at Round 14 in Atlanta (during the Heat race) and later he explained that he had torn his MCL in his left knee, making it difficult to squeeze the bike. This added pressure and anxiety to Eli’s plate for the Atlanta Main Event and the following race in Foxborough. But, after taking a week off, Eli said that he felt confident going into Round 16 at Denver that he’d be able to hold on and finish out the Championship on top.

Now, after a few days to recover and celebrate his Championship, Eli Tomac and the Star Racing Yamaha team have decided that the Champ will opt out of racing the season finale to give his knee more time to heal while he prepares for the season opener of the Pro Motocross series which is coming up May 28th at Fox Raceway. 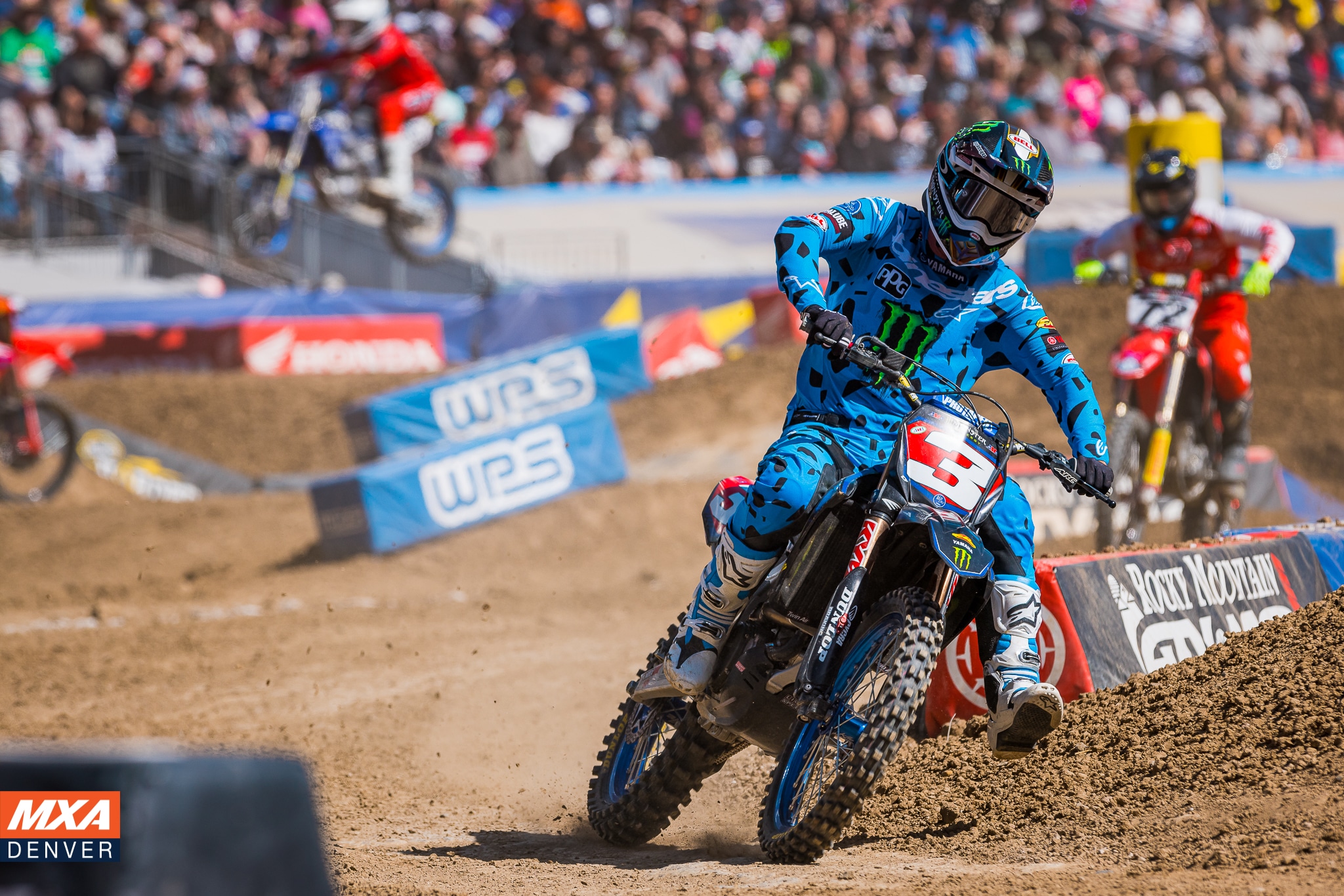 Eli Tomac was up front early in the Denver Main Event, but he eventually settled into a pace that safely took him across the finish line in 5th place, which was more than enough for him to clinch the Championship one Round early.

Star Racing Yamaha posted via instagram: “Monster Energy Yamaha Star Racing’s Eli Tomac to focus on returning to full fitness for the upcoming Pro Motocross season. Although the newly crowned Supercross 450 Champion will not be on track this weekend at the season finale, he looks forward to celebrating the title with the fans in Salt Lake City.” RIDE THE 2021 SPRING CREEK NATIONAL MOTOCROSS TRACK WITH THE…