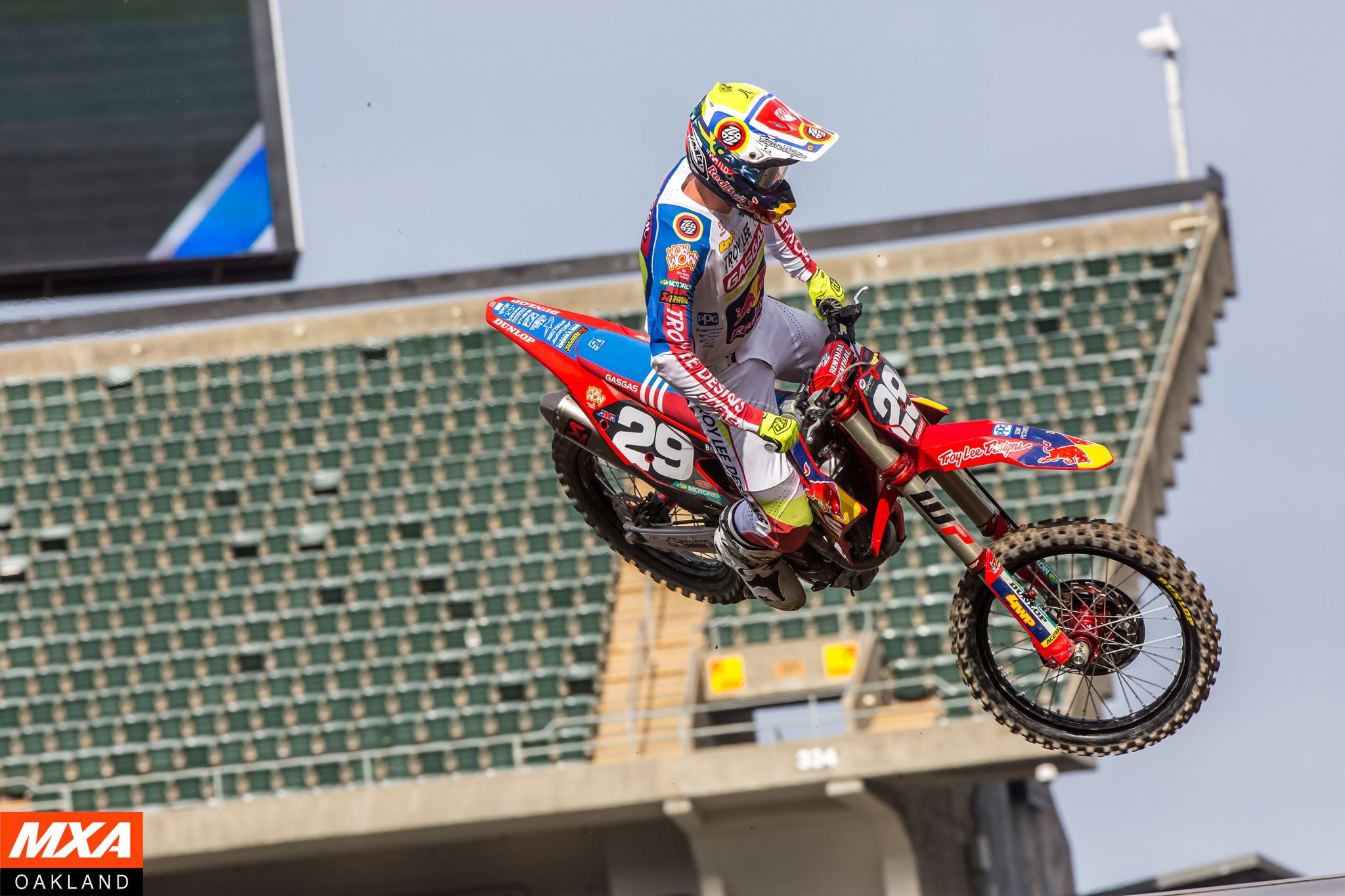 The 250 class is back for another round of racing on the West Coast at Oakland. The sky is cloudy but the dirt is prime as it has held its moisture for the upcoming qualifying rounds. Several riders have already spoken favorably about the track and its conditions. So who do you think will be the fastest qualifier at Oakland? Will we see Christian Craig come out on top of both his Heat race and Main? Scroll down below to find out who’s your fastest 250 qualifier on the West Coast. Christian Craig would be the fastest 250 rider of the day.

Carson Mumford grabbed the holeshot for the second qualifying session with Christian Craig in second. Christian eventually made his way around Carson to get a clear lap in. The track proved to be faster than the previous round, with the top five already setting faster lap times than their previous ones. Michael Mosiman jumped to the top once again for the fastest lap time with Seth Hammaker chasing in second, just .008 of a second behind. Hunter Lawrence raced in fourth place with Jo Shimoda in fifth. Hunter Lawrence was your fifth-fastest qualifier of the day in the 250 class. TLD GasGas’s Michael Mosiman was the first to set a lap time within a minute and two seconds. Seth Hammaker was second to follow with Vince Friese in third place. A lap later, Christian Craig grabbed the fastest lap time, setting a pace of 1:01.33. Jo Shimoda moved past his teammate Seth Hammaker for the third position and Hunter Lawrence moved past Vince Friese for fifth place. Christian Craig’s whoop speed was incredibly fast, dominating both whoop sections.

Eventually, Michael Mosiman made his way past Christian Craig for the top spot in qualifying, jumping to the 1-minute mark. Michael would be your fastest qualifier in the first qualifying session at Oakland.