We’ve made our way up to Oakland, CA for the second round of the 2022 Monster Energy Supercross season. The 250 West class may have suffered some crashes and knockouts at round 1 and prior to the race series starting but we still believe there is some great racing to be had for the rest of the season. Heavy hitters like Christian Craig, Michael Mosiman, Hunter Lawrence, Seth Hammaker, and more will fill out the roster for round 2. So will Christian Craig hold onto the red plate or will we see another points leader heading into San Diego? Find out down below as we report all the action LIVE from Oakland. 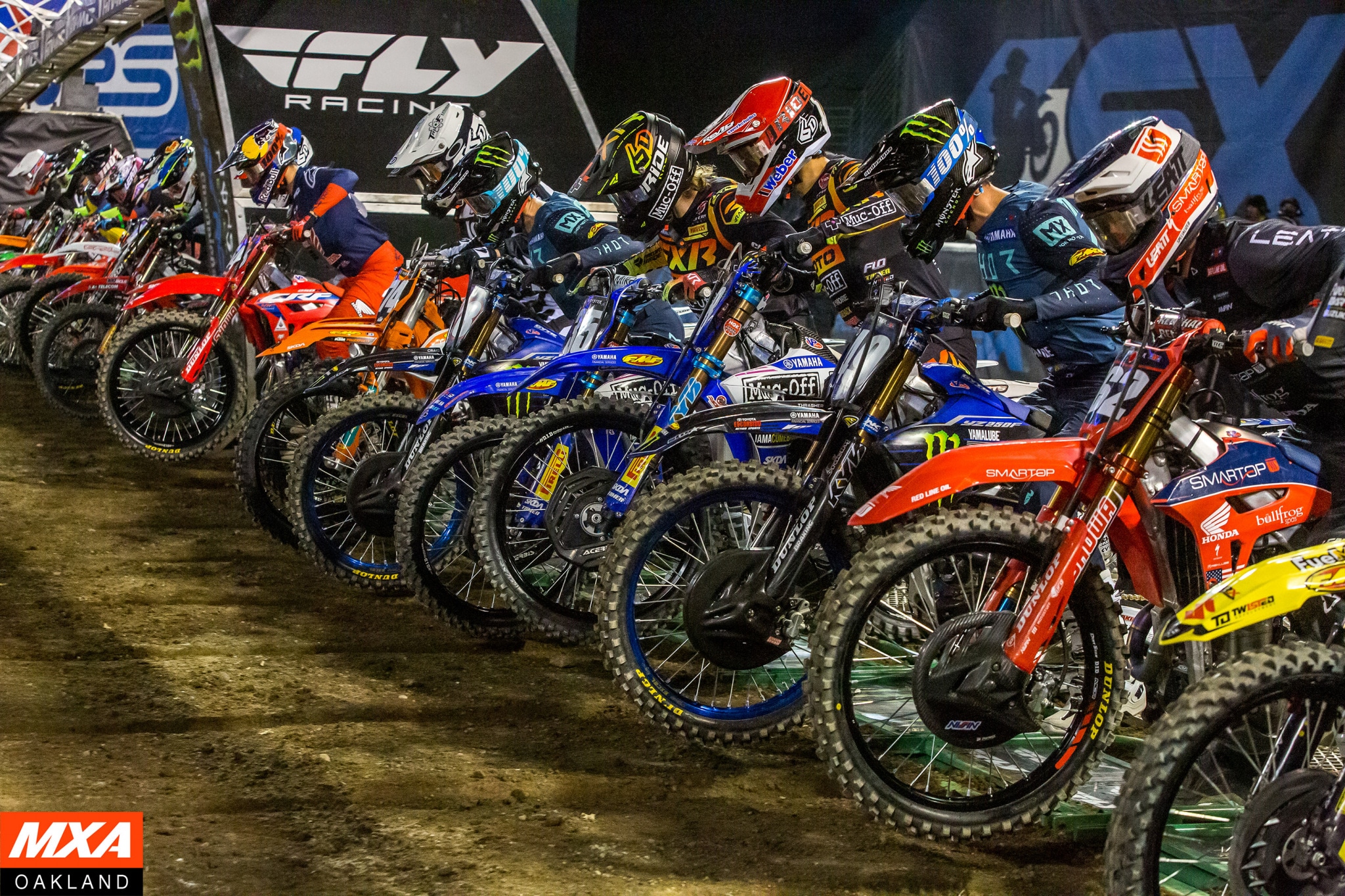 Jo Shimoda crossed the holeshot line first with Vince Friese and Christian Craig nearly tieing to the line. Two turns later, Christian Craig would make his way around Vince Friese for second place. On the third lap, Jo Shimoda stalled his bike allowing the competition to catch up. Vince Friese would make a mistake at this time, allowing Seth Hammaker and Michael Mosiman to make the pass. At 10 minutes remaining, Jo Shimoda would go over the bars through the whoops but thankfully rolled out of the crash getting back on the bike. Just shortly after, Michael Mosiman would tip the bike over, losing two positions to Vince Friese and Nate Thrasher.

With seven minutes remaining, Christian Craig already found himself almost 6 and a half seconds in the lead. Seth Hammaker continued in second place while Hunter Lawrence raced in third place. Michael Mosiman had made his way past Nate Thrasher for fourth place. With two minutes remaining, Seth Hammaker missed a whoop nearly going down but save it. This allowed Hunter Lawrence to make the pass for second. Jo Shimoda would get the holeshot but a series of unfortunate events would land him in the seventh position. After getting the holeshot, Christian Craig said, “see ya later”, and met his opponents at the finish line.

Christian Craig would get the holeshot and what may be one of the most anti-climatic bike pileups would ensue at the first turn. Hunter Lawrence chased in second place with Vince Friese in third place. Garrett Marchbanks had impressive whoop speed, catching all the way up Friese and making the pass. By the halfway point, Christian Craig had a comfortable +4 second lead on Hunter Lawrence. On another note, Garrett Steinke would take his 125 two-stroke into the Main Event. Seth Hammaker would ride an awesome race, making his way up to third place after getting around Chris Blose.

Michael Mosiman and Jo Shimoda would cross the holeshot line at a tie but Jo Shimoda would get the lead within the second turn. Seth Hammaker chased in third place with Chris Blose in fourth place. With two minutes remaining, Michael began to turn up the heat on Jo and Seth Hammaker would also close the gap. Michael would eventually get around Jo after drag racing the PC rider through one of the rhythm sections.

Jo would get the GasGas rider back but half a lap later, Michael would make another pass up the inside or a berm. Michael would go on to win the first Heat race.

MXA INTERVIEW: ERIC PERONNARD WANTS TO CHANGE THE WORLD—AND HE HAS

THIS WEEK IN MXA: ANDERSON VS. TRACK MARKER, BREAKOUT RIDES…