The track was deep and muddy for press day. The defending Champion, Eli Tomac leans into a soft Hangtown rut.

The 2019 Hangtown Press Day was originally scheduled for Thursday afternoon, but Mother Nature had other plans. With the rain that Sacramento experienced this week, the conditions on the track were muddy. Although Press Day was pushed back until Friday, the Amateur racing wasn’t canceled and they continued to race in the mud  on Thursday and Friday. The Dirt Diggers crew got the equipment out and groomed the track before the 450 Pros began their 30-minute session. It started out soft, muddy and flat for the 450s, but within a few laps the whole thing was a rutted mess. The track was even tougher for the 250 session, but the riders pressed on. With lots of great riders, a challenging track and more rain in the forecast, the opening round of the 2019 Pro Motocross series should be interesting. The ruts were deep at the 2019 Hangtown press day. Adam Cianciarulo navigates the famous Hangtown sweeper. 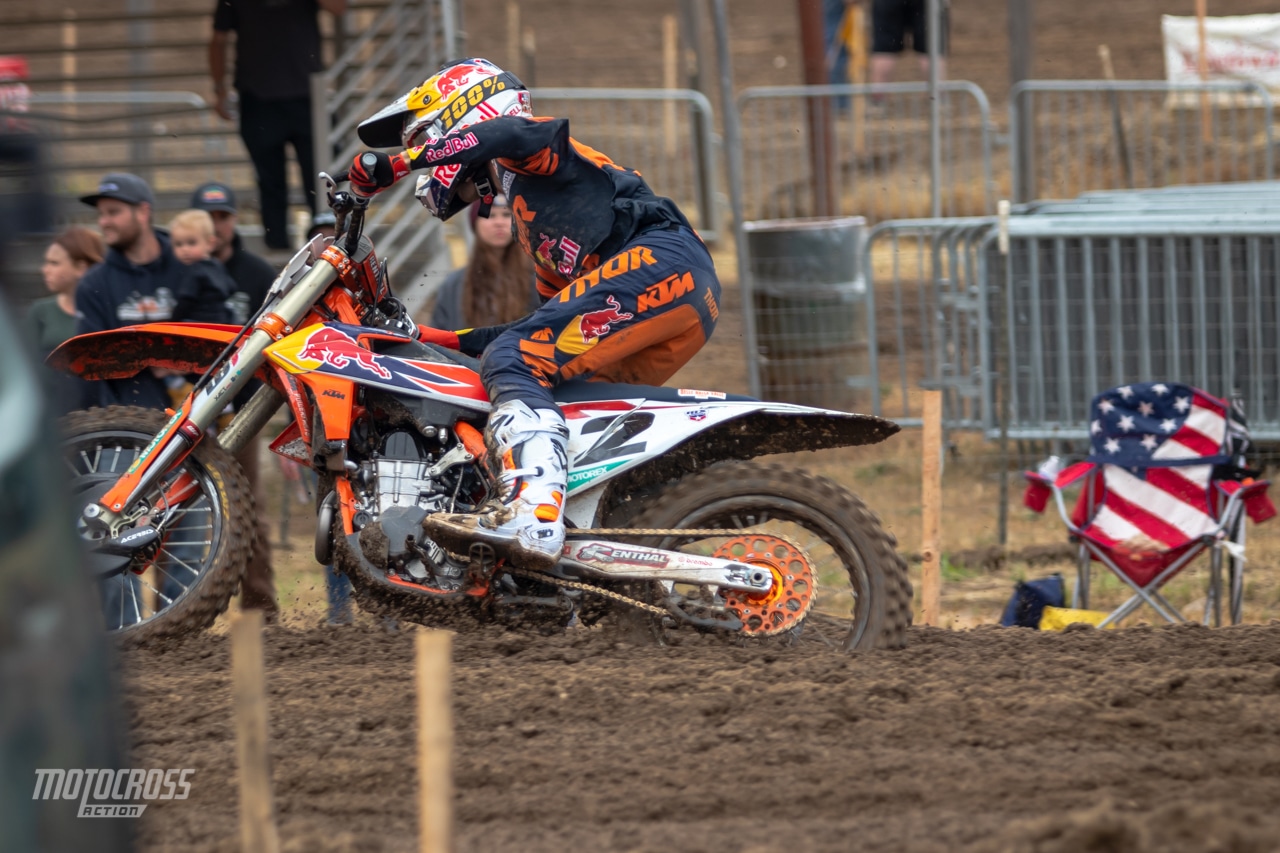 The 2019 450 Supercross Champion was looking good on the outdoor track today. Jason Anderson on the brakes coming down the muddy and rutted downhill. 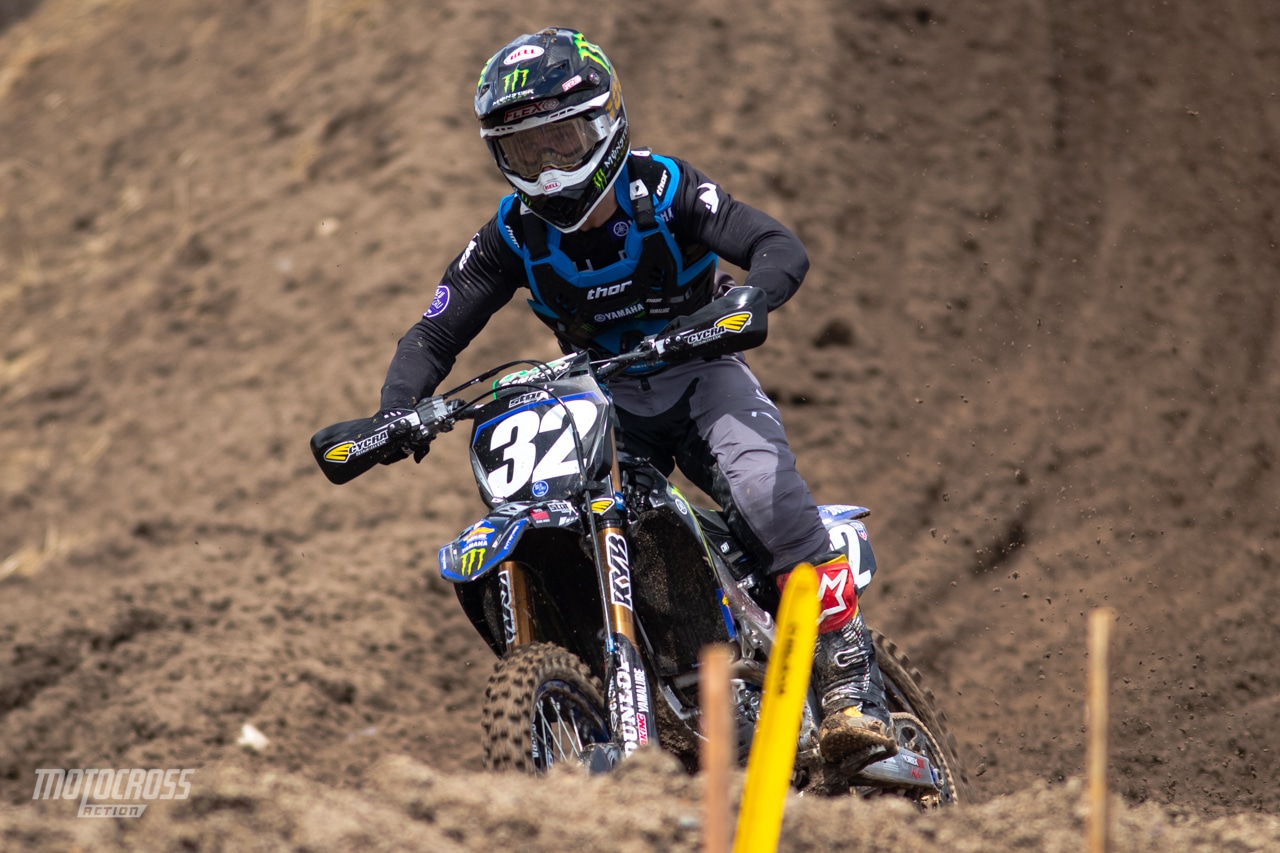 Justin Cooper was very impressive at Hangtown last year. After finishing second in the 250 East Supercross Championship, we expect Justin to be fast this summer. The 250 East Coast Supercross Champion, Chase Sexton on the charge. Cooper Webb holds on coming down the hill. Riders were saying that this was the most challenging part of the track. 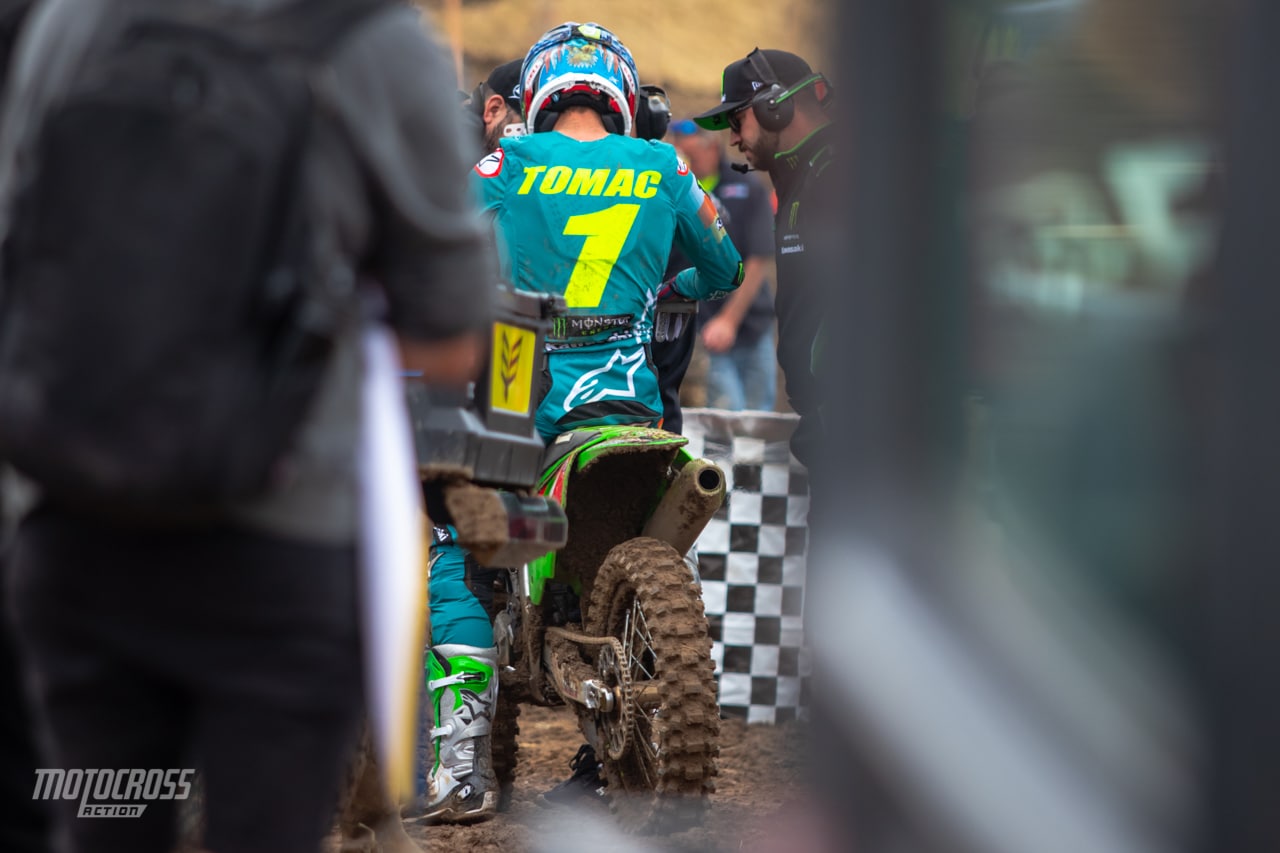 Eli Tomac stops in the mechanics area for a quick adjustment. Rodger Decoster had his game face on. The Australian, Dean Ferris is filling in for Aaron Plessinger on the factory Monster Energy Yamaha team while Aaron is recovering from a heel injury. Michael Mosiman grew up just over two hours from Hangtown. He spun many laps here as a kid. Derek Drake will make his professional debut this weekend at Hangtown. Derek is riding for the Troy Lee Designs Red Bull KTM team. Australian, Hunter Lawrence will make his American Pro debut this weekend with the Geico Honda team. Ty Masterpool is also making his Pro debut this weekend at Hangtown. The 17-year old is the newest member on the Star Racing Yamaha team. Zach Osborne on the gas through another deep Hangtown rut. Jake Masterpool opted to hit a few of the deep ruts with both feet on the pegs. Many of the top riders were doing this, even though the ruts were so deep. 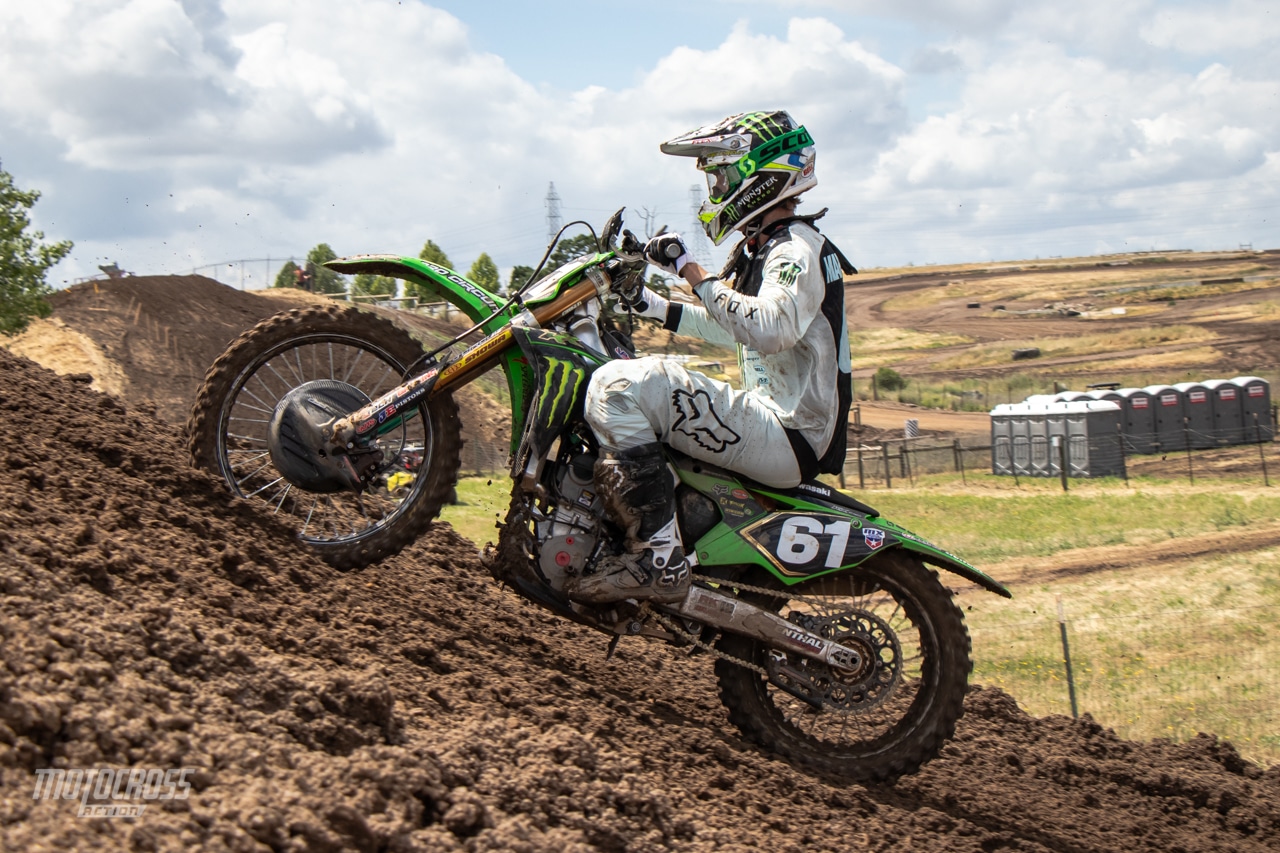 Garrett Marchbanks prepares for lift off. Look closely at Ty Masterpool’s boot, he’s shifting up while he’s taking off. Don’t try this at home. 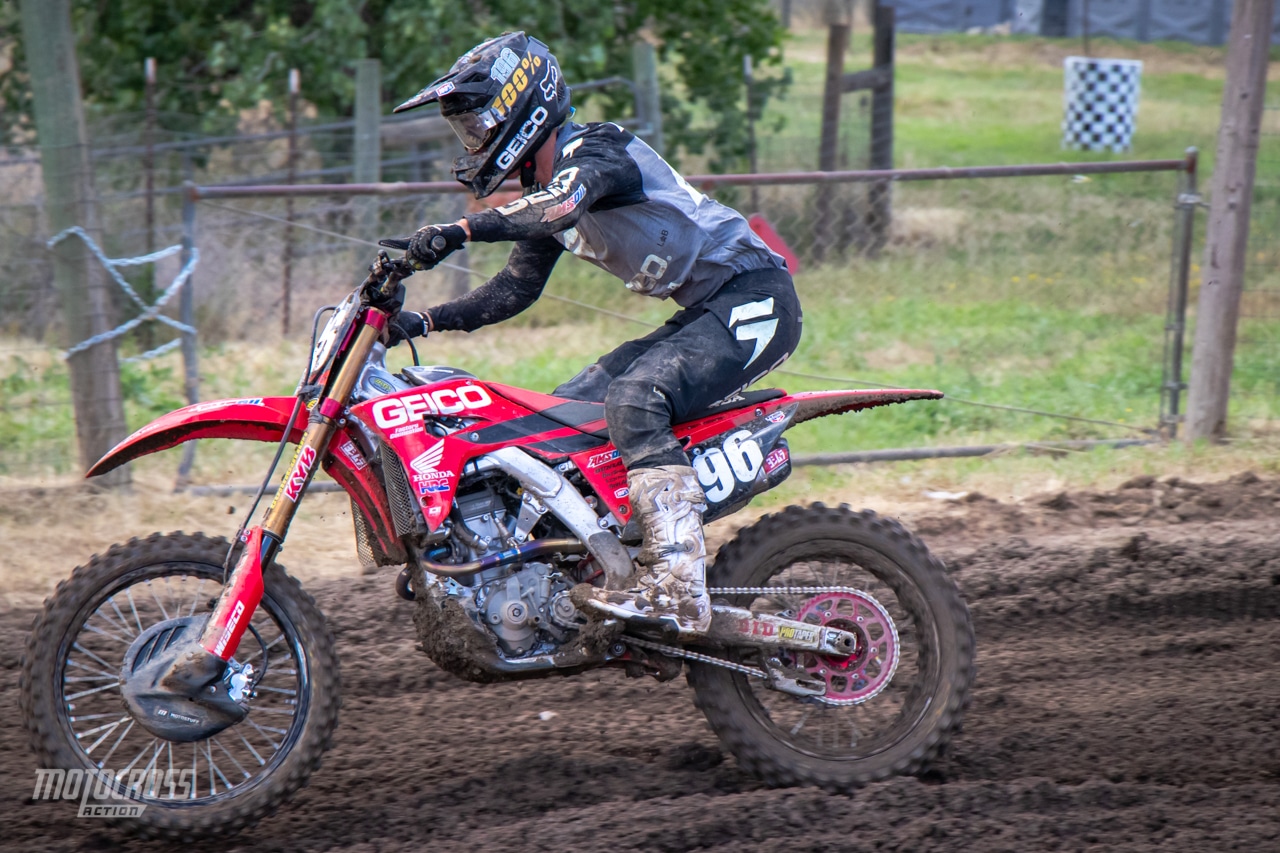 JAMES STEWART OFFICIALLY ANNOUNCES HIS RETIREMENT & TELLS US WHY