Dean Wilson was 7th overall in the combined 250/Open moto. He was 5th in the Open class behind Herlings, Febvre, Lupino and Gibbs. Great Britain now at 1-7-15-38 for fourth—which totals up to 60 points, but after the third moto of the day, they will be able to throw Tommy Searle’s 38th out. 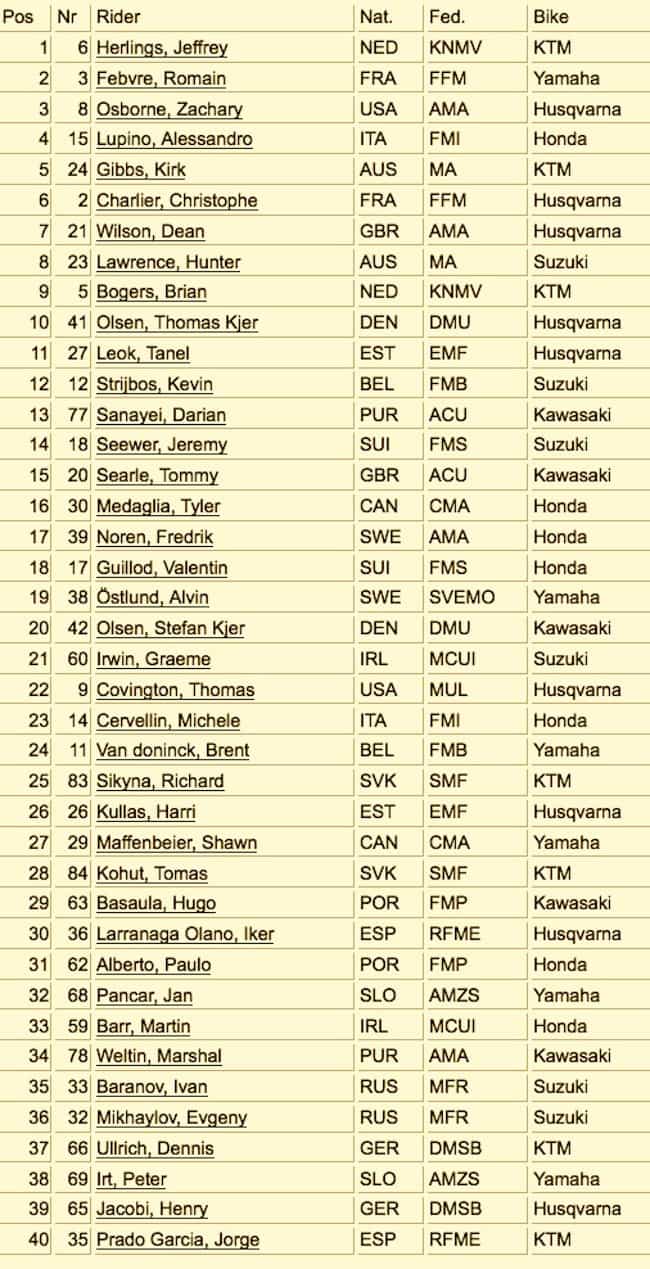 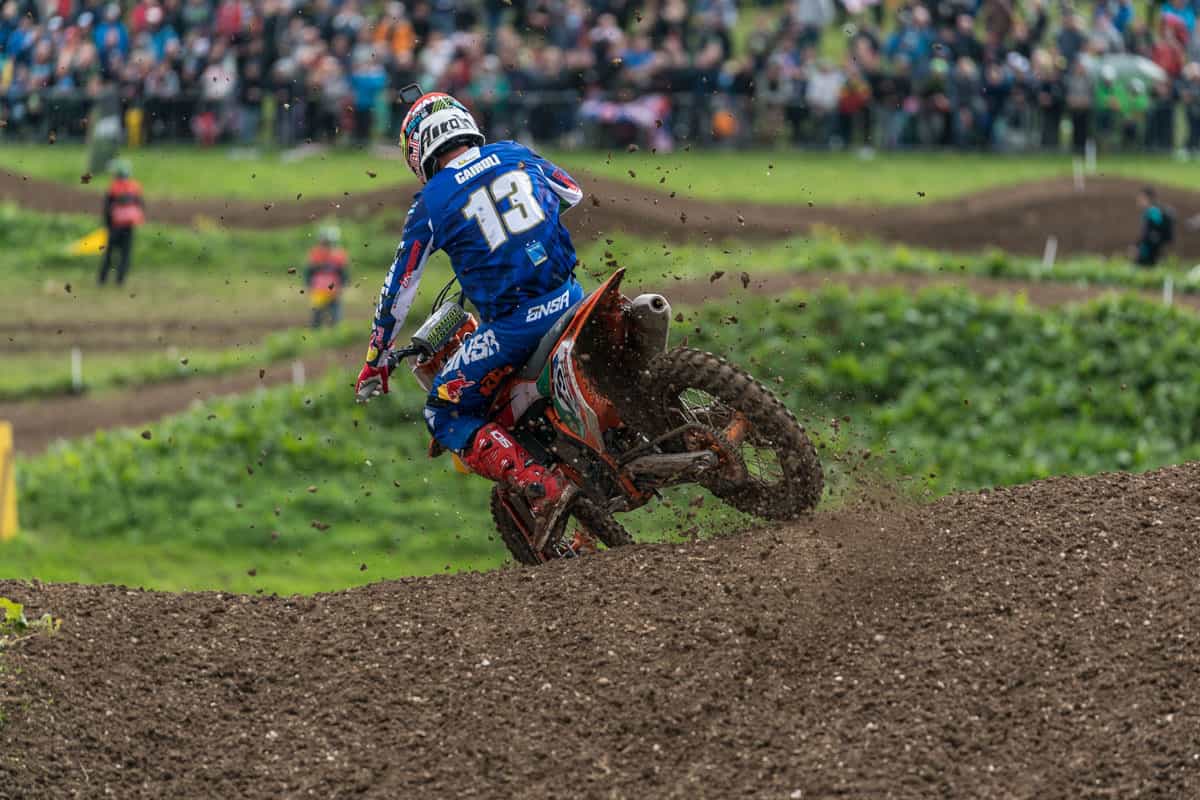 Tony Cairoli (13) got an 11th in the first 450 moto, but with Allesandro Lupino’s 4th in the first Open moto they are still in seventh after four motos.

WHERE THE NATIONS STAND AFTER FOUR OF SIX MOTOS The Irish team is consistently in the 20th positions in the first four motos.  Graeme Irwin (60) is the highest placing Irishman. MXDN: IT’S ALL OVER BUT THE BRAGGING, EXCUSES & FINGER POINTING