REM GLEN HELEN RACE REPORT: TWO-STROKES OUT IN FORCE, BUT IS THE FORCE WITH THEM Andrew Denton whips it. We’re not sure what track he was at. We think it might have been Glen Helen. Photo: Jon Ortner

You didn’t need anyone to tell you that the 2019 Dubya World Two-Stroke Motocross Championship was only a week away at REM Glen Helen. The two-strokes were out in force as their riders wanted to take one last chance to race their smokers one more time before the Saturday, April 20, World Motocross Championship event. 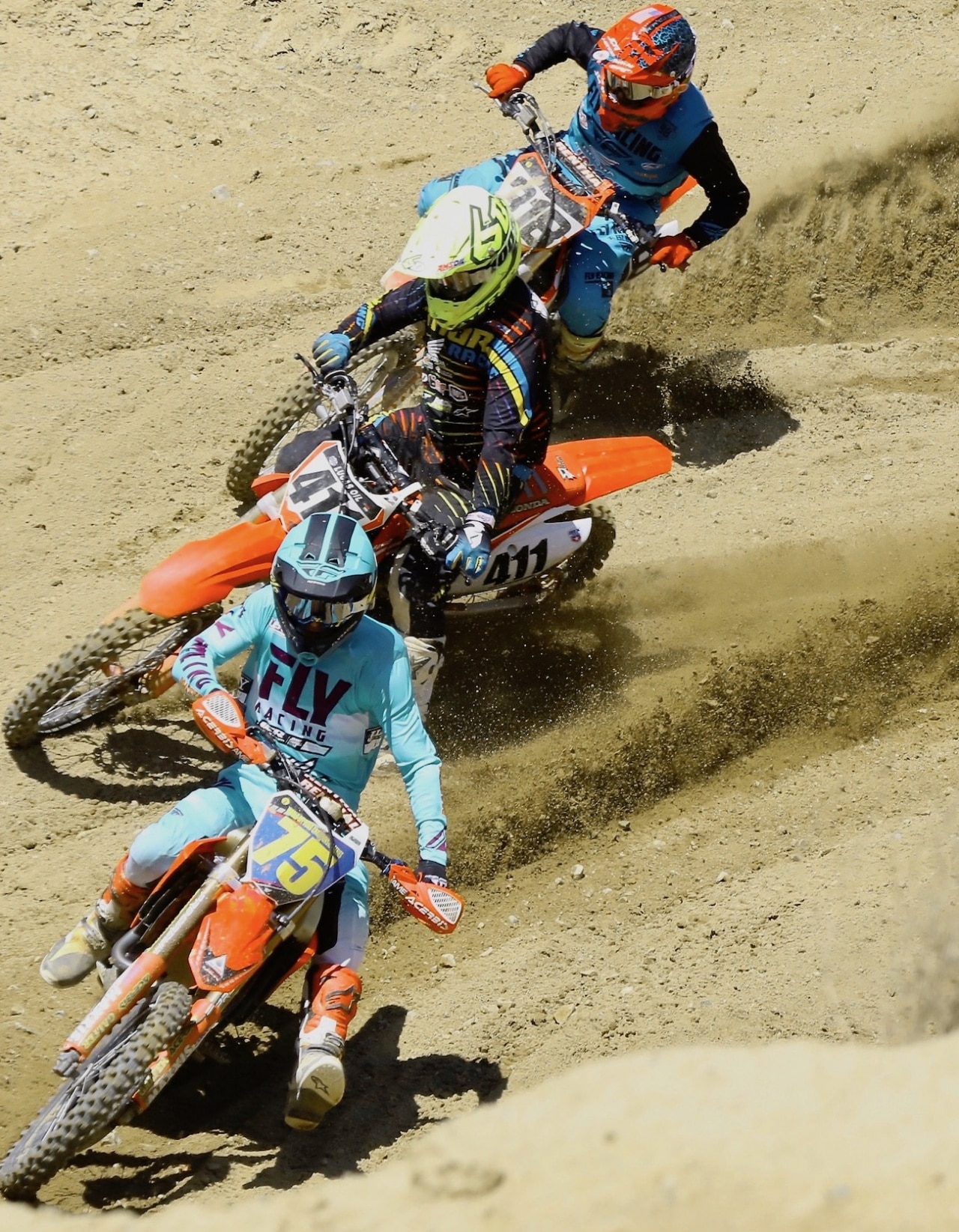 The mixture of sounds ricocheting off  Mt. Whitney was sweet music, as the four-stroke rumbled like bass drums and the two-strokes sounded like the brass section. On thing for sure, you could tell which riders were which by the sound way before they got to you—especially since there was one lone Alta electric bike on the track that nobody heard coming or going. Matthew Hubert steps out on his way to a 3-3 day in the 450 Pro class. Photo: Dan Alamangos Benny Breck tries to move a mountain on his way to the Vet Pro victory. Photo: Jon Ortner

This week’s breakdown by brands was very surprising as the battle between KTM and Yamaha continues, but Kawasaki fell way down the list, as only 1% of the motocross racers at REM this week were on green. What makes Kawasaki’s number more dismal is that the were beaten by TM (5%), Suzuki (3%) and “other” brands, like Ossa, Alta and unlisted (3%) Tyler Nichols runs into some of the mountain that Benny Breck moved. Nichols went 1-2 in the 250 Intermediate class. Photo: Dan Alamangos Chance Fullerton (999) tries to change his line on the inside berm, while Tristian Higgins rails the outside for all it’s worth. Fullerton went 4-4 and Higgins 6-6 in the 450 Pro class. Photo: Debbi Tamietti It wasn’t long ago that Luis Macias was one of a group of hot-shot TM 85MX minicycle  racers. He has sprouted up and fits on a full-size TM two-stroke now. Photo: Debbi Tamietti Since Jody Weisel is struggling with vertigo and has to come in when he gets too dizzy to keep racing, he handed over his fuel-injected, Cone Valve-equipped, full-race, 2019 Husqvarna TE300i two-stroke to Randel Fout. Randel seemed to know exactly what to do with it. Photo: Debbi Tamietti Chris Cole was a welcome sight back at the races after a lay-off for an injury. Photo: Jon Ortner Another long-lost REM racer was Eddie Davis. After almost two years recovering from injuries, Eddie came out and won the first moto of the Over-50 Elite class. His return to racing wasn’t totally successful as he lost the second moto and overall to two-stroke-mounted Jon Ortner. Photo: Debbi Tamietti Although the temperature at Glen Helen was 80 degrees, there was still snow on the top of the nearby peaks. Dan Alamangos had a great day at REM. He holeshot both Over-50 Experts motos on a Husky FC350, won the first moto and came from last, after a crash, back to 4th in the second moto. He ended up third overall. Photo: Debbi Tamietti 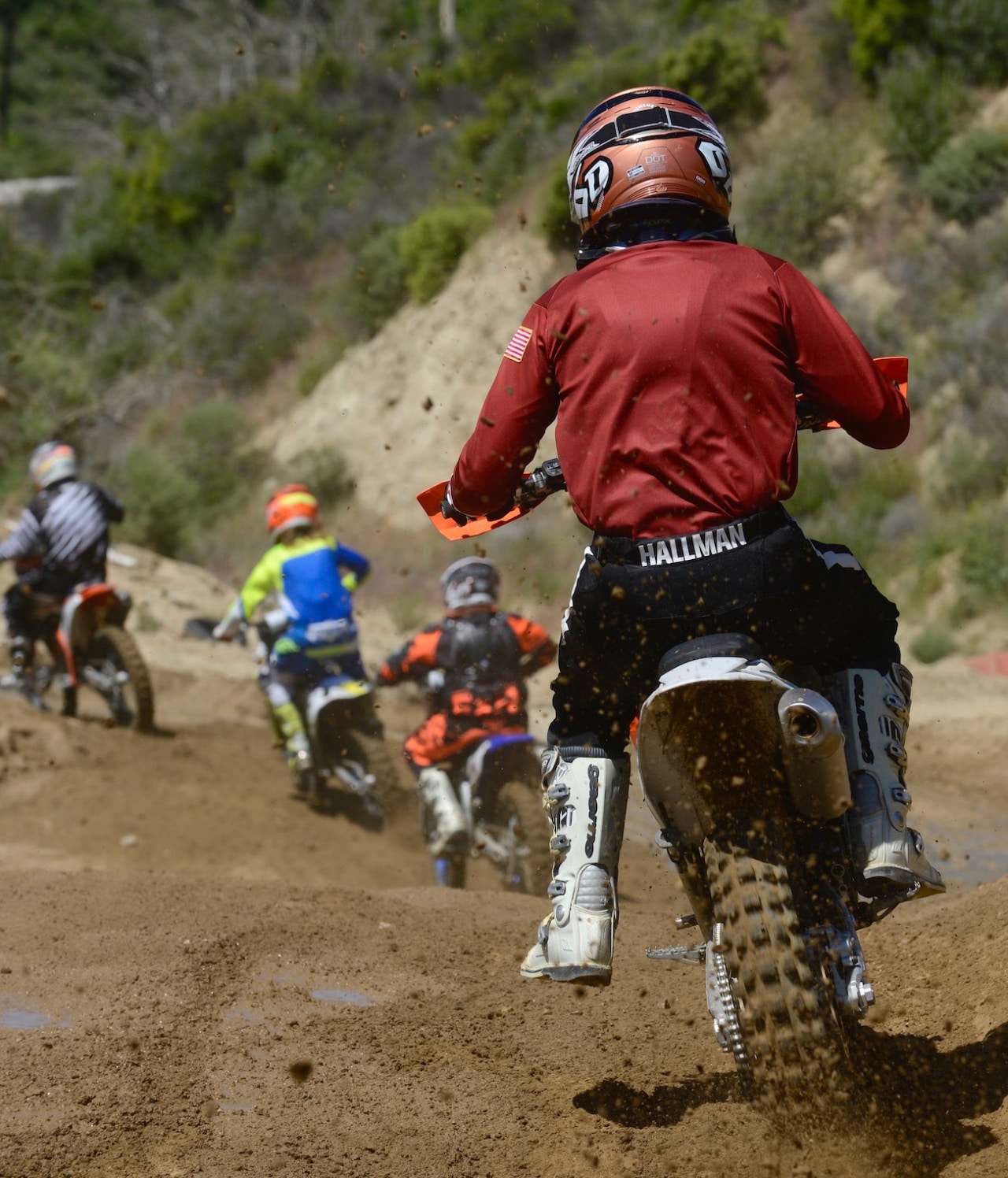 Hollywood stuntman Mark Donaldson (“National Treasure”, “Air Force One,” “Fast and Furious 7,” “Independence Day,” “GI Joe,” “The Road” and “Pirates of the Caribbean”) had a 5th in the first moto of the Over-60 Expert class, but got taken out in the second turn of the second moto. His 5-9 got him sixth. Photo: Debbi Tamietti Jacob Wondolowski (251) leaves a  roost trail for the rider behind him to follow. Photo: Debbi Tamietti Dan Alamangos (right) shows Mike Monaghan how to do a backyard fix on a slipping clutch for Mike’s YZ250. Photo: Debbi Tamietti Val Tamietti (left) adjusts Mike Monaghan’s front brake for him. Val is still recovering from a broken leg, but is an ace at YZ250 prep. Photo: Debbi Tamietti Nobody has to show Mike Monaghan how to ride. The former Pro Circuit Husqvarna rider from the 1980s won both motos of the Over-60 Expert class on a YZ250X (with the kickstand still on it). Okay, he only won the second moto, but first moto winner Randel Fout (192) decided to ride a different class for the second moto. Photo: Debbi Tamietti It is obvious that the track goes left, but don’t tell Jacob Wondolowsk (251) because he’s hooked up and flying to the right. Yes, he is going in the wrong direction, but he’s not shutting off. Photo: Dan Alamangos

Next weekend, Saturday, April 20, is the Dubya USA World Two-Stroke Championship, but REM will return to Glen Helen on August 27.  For more info about REM motocross go to www.remsatmx.com or their Facebook page by Clicking Here.