Ron Lechien (4) has been riding a lot in the last year. Ron looks fit and even in 95-degree heat didn’t let the grind of a 9-to-5 job at Maxima Lubricants slow his passion for racing.

REM’s weekly motocross race was moved to the Glen Helen AMA National track (which was still in the USGP configuration) because the starting line of the REM motocross track was being used as the staging area and pits for a two-day NAHA Pro Hillclimb event. Not that the REM racers were complaining about moving over from their regular racetrack (the REM track was the original Arroyo Cycle Park track from the 1970s), because they got to race on the USGP motocross layout. The only part of the Grand Prix track that the local heroes didn’t get to ride was the second half of the Triple Step-Up that leads to Mt. Whitney?because lap times would have been astronomical in the Novice and Vet classes. Adjustments were made to the steepness of the face on the first camelback after Talladega and on the finish line double, but everything else remained the same. Word in the pits is that this is the last weekend when the Yamaha Fly-Away jump will be used in the regular Glen Helen track layout because constant uses wear down the face of the jump (and Glen Helen wants to save it for special races). Robbie Bell (32) won two classes at REM on Saturday. Bell is best known as a Baja winner, but he races motocross when his schedule permits.

Ron Lechien came out to race at REM and looked very good. He still had good speed and had no trouble jumping everything on the track. In the Open Expert class, Ron kept Pro winner Robbie Bell in sight for the whole moto. 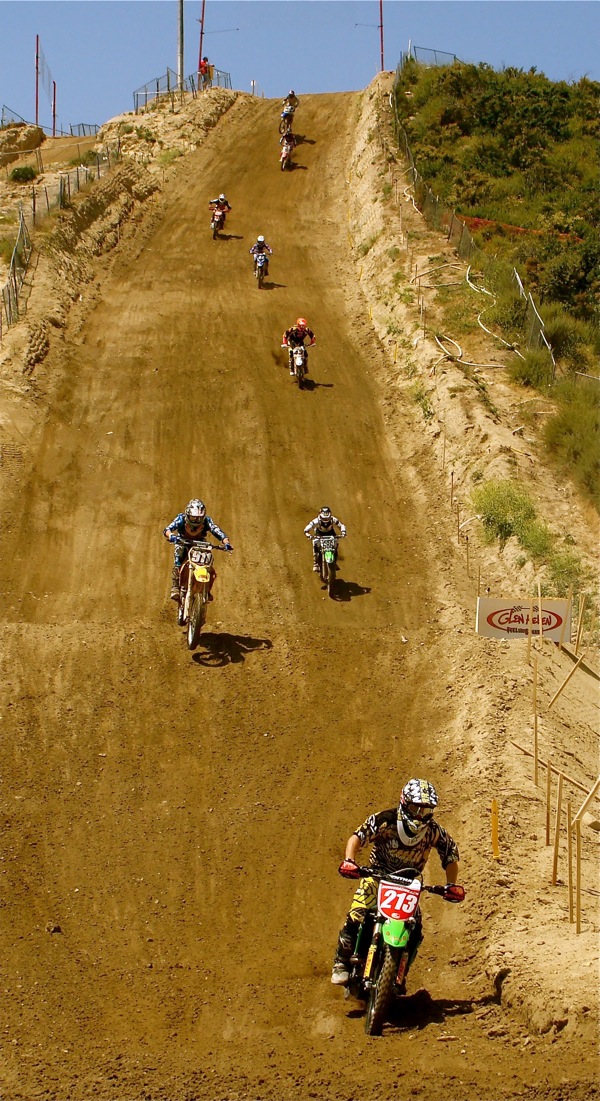 Lyle Sweeter took the Over-60 Expert class win when favorite Bill Maxim (who is the Over-60 World Champion) slipped to third in the second moto. Tom White was second with a 2-2. IN THE OTHER CLASSES It was the first race back for John Basher (41) since being out with a ruptured spleen. He said that he was going to take it easy, but here he grabbed such a big handful of his KX450F that he had to sit on the gas tank to keep the front end down.

The MXA guys: A few MXA guys were missing; Dennis Stapleton was racing at Freestone, Al Olson went to a Loretta Lynn Regional, Ray Pisarki is still injured, Bengt Johansson skipped a weekend, but Willy Musgrave, Jody Weisel, John Minert, Dan Alamangos, Billy Musgrave, George Kohler, Mark Hall, Feets Minert, Tom Hinz and MXA‘s USMC division?Taylor Lacombe and Ian Swett?were spread throughout the field. MXA‘s two Marine’s only have a month of racing left before they go to Afghanistan?both are Iraq veterans. John Basher returned to action for the first time in two months. Next week Willy Musgrave is off to the Canadian F1 Grand Prix (a trip he won from karting).

Pete Murray is the new king of REM’s incredibly contested Over-50 Expert class. It should be noted that every week there is a new king. There were 40 racers in the Over-50 classes at REM this weekend.

REM races again next Saturday, June 12. Practice starts at 9:00 am.

VIDEO! MEET THE 15-YEAR-OLD BOY WONDER OF THE GP’S