Brian Medeiros (934) doesn’t just depend on the fact that he weighs 130 pounds to out-pull his competition—he goes full aerodynamic also. Photo: Debbi Tamietti

Glen Helen, with the aid of Joe Sutter, put a lot of work into widening and changing the REM track this week. Friday morning rain showers left the REM track in perfection condition for Saturday’s REM Motocross. Even with the 2020  Anaheim 2 Supercross later that evening, a lot of motocross racers elected to get a race before going to the stadium. REM runs such an efficient program that they are almost always done by 2:00 p.m. (as all Saturday motocross races should be so that riders can get ready to race on Sunday). Believe it or not, Over-60 racer Kent Reed lent Brian his spare WP Cone Valve forks for the second moto and he gave the 48 N/mm spring off his Traxx shock to Jody Weisel for his Pro Circuit linkage. REM is a very friendly place. Photo: Debbi Tamietti

In lots of ways, REM motocross signals the changing ages of active motocross racers—the two largest classes at REM this weekend were the Over-60 Experts and Over-50 Experts. Most of these old guys are former Saddleback, Indian Dunes and Carlsbad racers—who either never stopped racing or took time off to raise their families and then came back to racing in their 40s. They come to REM because it is a classic motocross track—with rolling hills, steep climbs and lots of technical sections. This is not one of the new breed of flat as a pancake tracks that seem to dominate the motocross landscape. It is a true-to-life motocross track. Although REM is famous for its Vet riders, there are young classes at REM for Beginners, Novices, Intermediates and, of course, Pros. Hawaiian Brian Medeiros grabbed two holeshots and won both 450 Pro motos, while Japanese rider Tatsushi Kawakami took the 250 Pro win. Tyler Eversman won the 250 Beginner class, Chase Young took the 125 Novice victory, Joe Gallegly was first in the Vet Novices, Aaron Damico got the gold in the Over-40 Novices and Carter Dubach raced his YZ125 to the 250 intermediate win. Willy Simons, Jr. won the first 250 Pro moto, but fried his clutch in the second moto and he nursed his RM-Z250 home for a second overall with a 1-2. Photo: Debbi Tamietti

The breakdown by brands is always interesting at REM. 35% of all bikes at REM were KTM’s, 30% were Yamahas, 18% were Husqvarna, 13% were Hondas, 3% Suzuki and 2% TMs. There was not a single Kawasaki at REM this weekend. “Oops! the front wheel is sliding instead of the rear,” was the dialogue inside Carter’s helmet. Photo: Debbi Tamietti And down she went. Photo: Debbi Tamietti MXA’s Jody Weisel (192) out for a Sunday cruise on a Saturday. Photo: Debbi Tamietti

These are the results from a sampling of the classes at REM this past Saturday. 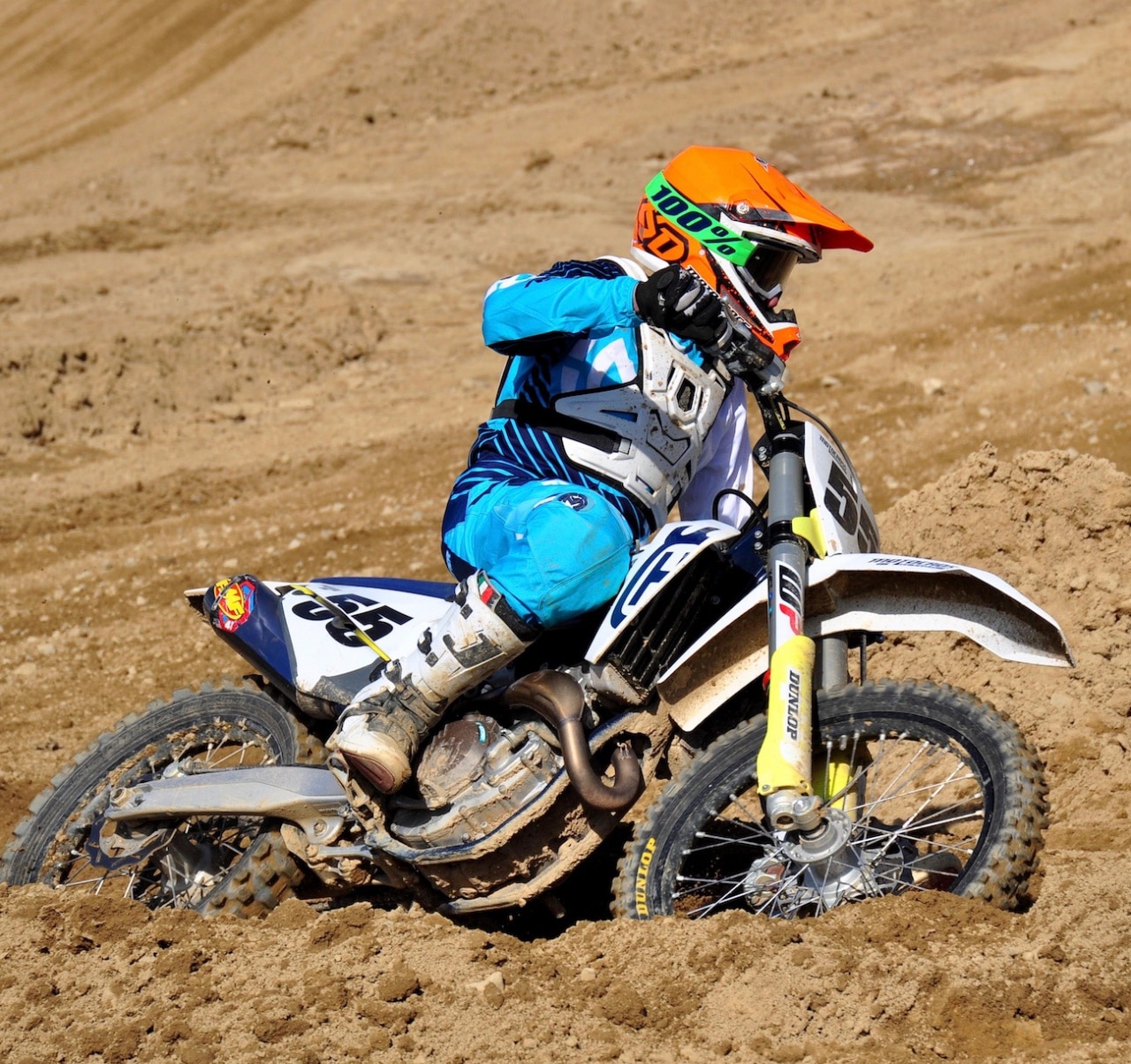 Will Harper won the Over-60 Expert class and was second overall in the Over-50 Experts. Photo: Debbi Tamietti Val Tamietti stopped mid-moto to ask Alan Lane and Mark Chilson if his rear tire was flat. They said, “Come back on the next lap and we’ll tell you.”  Photo: Debbi Tamietti As Val pulled away, he was more confused than when he stopped. It didn’t really matter as he managed to go 2-4 for fourth.  Photo: Debbi Tamietti Early in the Pro motos Willy Simons (246) could keep Brian Medeiros in the sights, but Brian’s all-out attack plan on his Husvqarna FC350 was too much for Simons’ RM-Z250. Photo: Debbi Tamietti When half of the Over-50 Elite riders switched to the Over-40 Expert class, because it started in the second gate behind the Pro race and got a longer 20-minute moto., Jon Ortner left without any serious competition. He won both motos. Photo: Debbi Tamietti Gary Scott has fought back from injuries his whole racing career. Now he’s healthy enough to race—proven by his 1-1 victory in the Over-60 Intermediates. Photo: Debbi Tamietti Rick Grossman (68) smoked his way to a 3-4 day in the Over-50 Intermediates. Photo: Debbi Tamietti If you want to be virtually invisible to a camera lens, this is how you do it. Black helmet, black pants, black jersey, black handguards and black goggles. Pasha Afshar demonstrates how to avoid ever getting a photo of you selected—unless your photo as an example to how not to dress if you want your picture to run. Photo: Jon Ortner REM races this coming weekend on January 25.  For more info about REM motocross go to www.remsatmx.com or their Facebook page by Clicking Here. WHERE MOTOCROSS STARTED BY ROGER DeCOSTER