A late night shower left the Glen Helen dirt in perfect form. And you can say the same thing about Trevor Stewart’s form as he went 1-1 in the 450 Pro class. Photo: Debbi Tametti (Click on images to enlarge)

Although the the weatherman predicted rain and a cold snap for the weekend, the REM motocrossers were greeted by a track that had seen a brief shower at 2:00 a.m. in the morning and pleasant 65 degree temps. Okay, we admit that a 1/10th of an inch of rain and 65 degrees are extreme conditions for So Cal motocross racers—but, all in all, they toughed it out (to the amusement of the Swedish, British, Irish and German motocross riders in attendance who thought it as like a summer day back home). Kurt Nicoll was fast enough to have been third overall in the 450 Pro class, but he signed up as Vet Pro. Photo: Dan Alamangos Irish racer Jim O’Neill flew in to watch the Anaheim Supercross, but had time to squeeze in an REM race before the jet lag kicked in. O’Neill went 5-5 in the 450 Pros. Photo: Debbi Tamietti Hawaiian Brian Medeiros (63) broke his finger last month at a Supercross in Pune, India, but had it plated when he got back to the States. This week’s REM was his first race back. That is Dylan Mroz (62) chasing him. Photo: Dan Alamangos Dennis Stapleton (47) blows by Jeff Stehr (488) in the back corner of the REM track. Photo: Jody Weisel Carter Dubach was third in the 250 Intermediates, but second YZ125. Photo: Debbi Tamietti 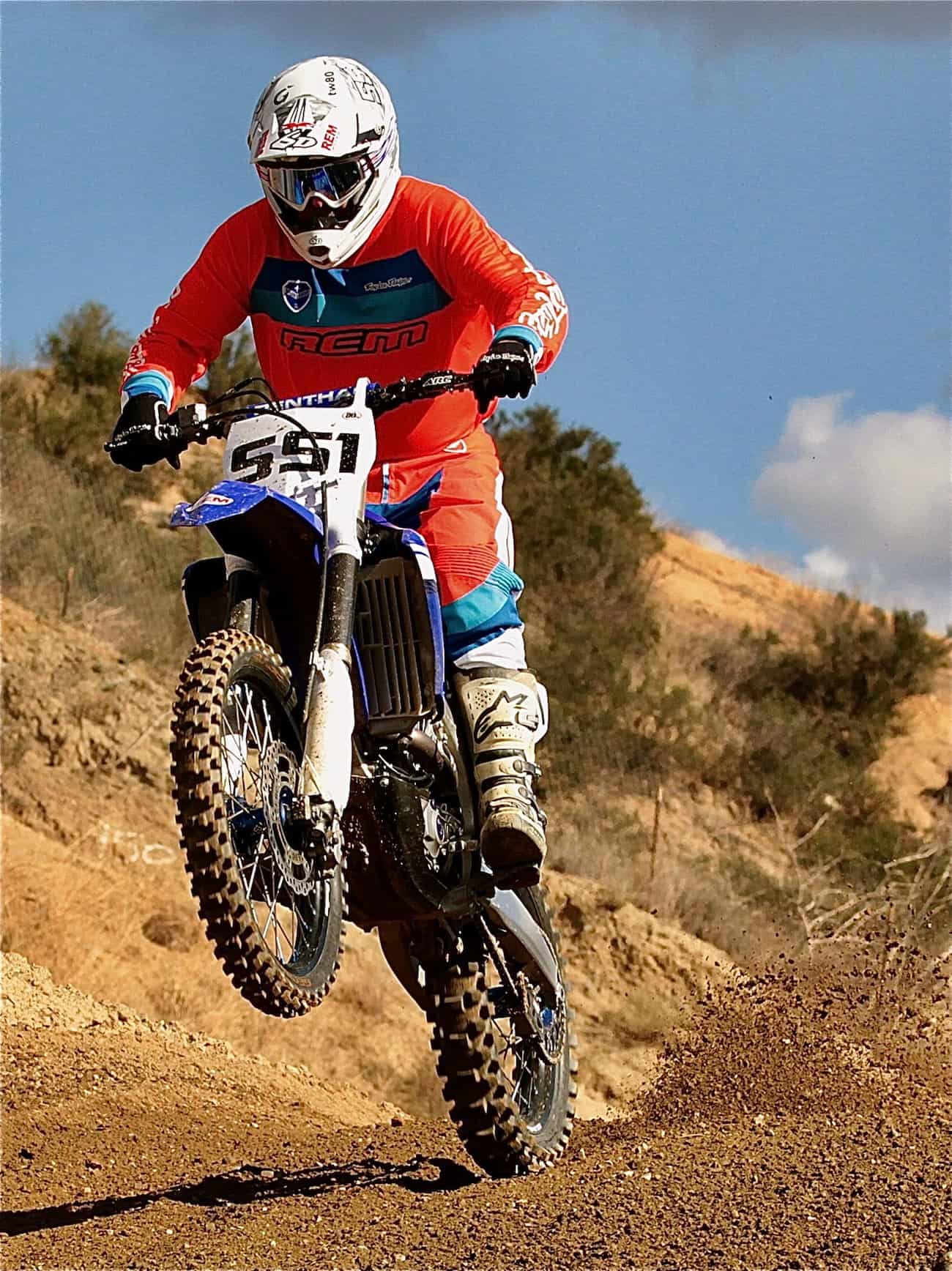 Does your race promoter race? REM’s Frank Thomason gets in a little racetrack recon on his Yamaha YZ450F. Photo: Debbi Tamietti With 31 riders in the Over-50 class, this is a small part of the group climbing Mt. Whitney. Photo: Jody Weisel Val Tamietti (31) won the Over-60 Expert class, but he didn’t seal the deal until the last lap of the second moto. Photo: Debbi Tamietti Former 1970s 125 Pro Dave Eropkin looked like he had Val Tamietti’s number in the Over-60 Expert class, but Val pulled a rabbit out of his hat to take the win with a 2-1 Photo: Debbi Tamietti Josh Fout (78) had a good day on MXA’s 2018 Husqvarna FC450 Rockstar Edition, until he jammed his knee in a tight turn and pulled in to the pits. Photo: Jody Weisel Success at REM comes from working all of the angles. This pack thinks ahead to the right-hand hairpin on the other side of this jump. Photo: Jody Weisel Gary Jones refurbished an old Yamaha YZ426F and decided to go ahead and race it. Gary won the Over-65 Expert class. Photo: Debbi Tamietti Trevor Stewart was dressed in all red and rode the same bike that he won the Adelanto Grand Prix on the week before. Photo: Dan Alamangos

REM races next Saturday, January 27, and again on February 3rd. For more info go to www.remsatmx.com

THE NEXT REM RACE