The last time the Supercross traveling circus came to Tampa was back in 2018. Here is a quick rehash of what happened on thet night. Most notably, the 2018 Supercross series lost Cole Seely to injury in Tampa with a broke hip (that was plated together on Friday). That meant that three of the top five Supercross racers in the 2018 450 series (Barcia, Roczen and Seely) were out of action. Which made life easier for points leader Jason Anderson and chaser Eli Tomac. However, it also means that Anderson didn’t have to face those three injured riders or lose points to them—which made it just that much harder for Tomac to make up any serious points. Things did not go as Jason Anderson had planned in Tampa in 2018. He had a bit of ground to make up after a few mistakes. By the time Jason caught up to the leaders, the checkered flag had waved. Jason finished third and earned valuable points toward his championship hopes. Marvin Musquin certainly did not go down without a fight in Tampa back in 2018. He made a solid pass on Eli Tomac early, but Eli came back and got him for the win. Marvin gave it all he had on his way to second overall. Sadly, Marvin is sitting out the 2020 return to Tampa after ACL knee surgery. It took Eli Tomac 15 minutes to get to the front. It was unfortunate that Eli was so far down in the points at this point in the 2018 series that he would never be able to make them up by series end. 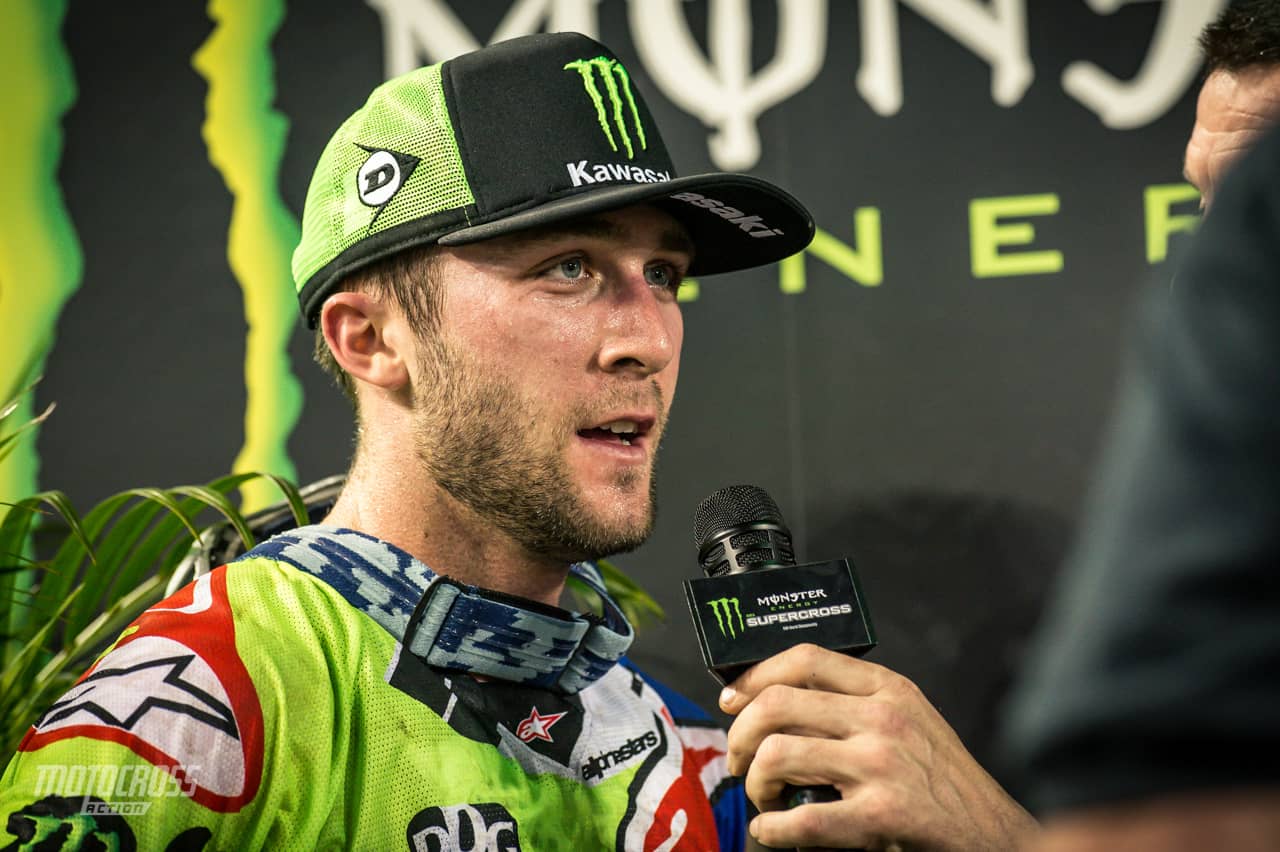