HAVE YOU SEEN THE NEW MXA: HERE’S WHAT YOU’RE MISSING MXA test crew spent some  labor of love with two radical two-strokes for this issue—then we raced both bikes at the 2017 World Two-Stroke Championships (getting a fifth and an 11th in the 250 Pro class with Johnny Jelderda and Dennis Stapleton). Racing them was the icing on the cake, setting them up was the real joy. Our 2017 Husqvarna TC250 looks more Swedish than it really is, but it bristles with Austrian charm. The MXA wrecking crew wanted to Americanize our Italian-built TM 300MX project bike, so we relied on a Dutchman to build it for us and a German to rework the suspension. Yeah, it doesn’t sound strange, but it worked great. 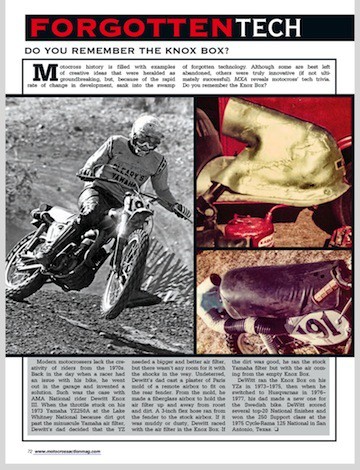 Meet three men who are living the motocross dream and the man who invented the “Knox Box.” We love Josh Grant. We knew him when he was an up-and-comer at the local REM races. We always root for him and now, years into his career, we root for him even more. Learn his story. Are you gambler? Meet ten men that either gambled with their careers or had some brave team manager take a chance on them. You can judge whether or not they made the best bets. Bones tells you why “Stiffer is softer,” while we go deep into the brand-new WP AER air Cone Valve forks in Fork Works. 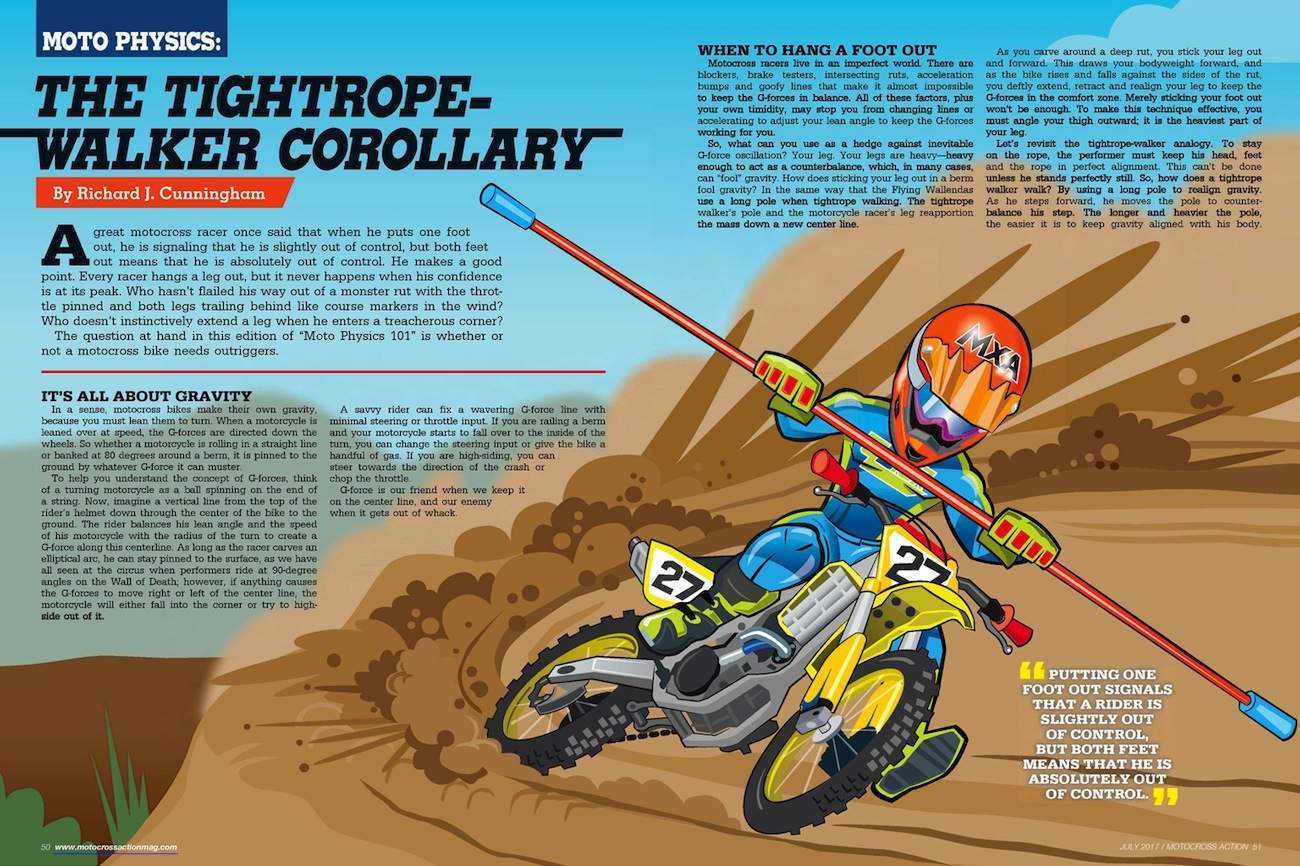 We’re sorry if you are a home-schooled Loretta Lynn wannabe, but we were forced to use big words to describe how to make your bike handle better. Your sister can probably read it to you. There were more 250 Pros at the 2017 MTA World Two-Stroke Championship than at the Hangtown National and the winner made more money, but don’t tell that the the AMA — they heard through the grapevine that two-strokes was dead. What’s this? A yellow and blue Swedish motorcycle with a German engine? Yep! MXA loves to test products. We are always looking for the trick new products that will make us faster, right afte rit makes us more handsome. You don’t need the advice that the MXperts hand out. That guy parked next to you with the 2004 KX250F knows the full skinny on all your pressing questions. However, we are there if you are parked between two guys who disagree. We sent Tom White to the Mecum Motorcycle Auction with ten grand to buy a 1981 Maico 490 Mega-2. He came back empty-handed. We wonder how much a 1987 Yamaha YZM500 would cost. Cycra had a 2017 Suzuki RM-Z450 and no on to test it, Joe Gibbs Racing had the know-how to make it as good as it could be, we had an itch to go to North Carolina — kismet! This is the kind of roost that you can’t avoid, unless you return to the pits before the first lap is down. Dean Wilson (15) and Malcolm Stewart obliterate all forward vision.

SUBSCRIBE NOW BY CLICKING ON THE MAGAZINE STYLE YOU WANT You can get all of MXA on your iPhone, iPad, Kindle or Android by going to the Apple Store, Amazon or Google Play. Better yet get the Digital desktop version at https://hi-torque.com/product/motocross-action-digital-edition/ for $9.99 a year. The MXA test riders prefer the print version and not just because it is delivered by a uniformed employee of the U.S. Government, but because right now you can get 12 issues for $15.95 and a free $25 Gift Card from Rocky Mountain ATV/MC. That means that there is a profit to be made in this deal for you. For the Print magazine go to: https://hi-torque.com/product/motocross-action/