HAVE YOU SEEN THE NEW MXA? THE STUFF YOU NEED TO KNOW Two bikes grace the June 2017 issue of MXA. First, we ran rampant through the KTM warehouse and took every part we could find to build the ultimate aftermarket KTM 450XF. We managed to snag WP AER air Cone Valve forks, orange anodized SFS air triple clamps, a titanium Akrapovic exhaust system and lots more before they caught us. Second, we tell you every trick you need to know about dialing in a 2017 Honda CRF450. We promise you there is stuff that you have never seen or heard before in this 20-page story. The Racer’s Guide to the 2017 Honda CRF450 includes ECU maps, suspension tips, aftermarket parts that work and much more. What could we possibly be doing with the seat on our CRF450?. Find out inside the new MXA. We give some love to the forgotten men of Supercross. No Dungey, no Tomac, no Musquin, no Reed—just the men who make it happen without any fanfare. 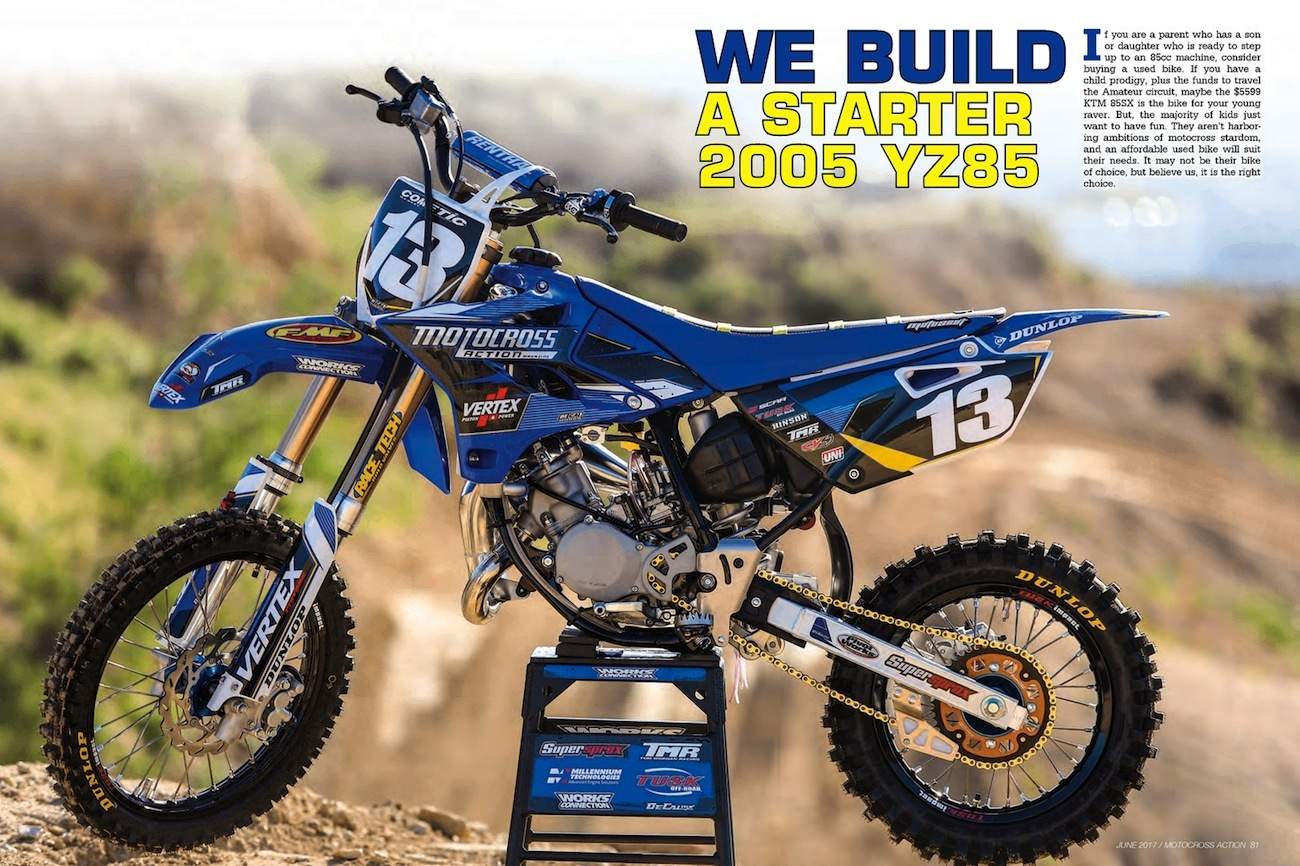 This isn’t a story about Trey Canard’s recent woes at KTM. It is a story about a special man who endured more than ten men should ever have to—yet he keeps an upbeat attitude and perseveres. The MXA wrecking crew knows a few guys old enough to have raced the Phantom. After all these years they still love it. Could it have been that good? When Phil Nicoletti and had to sit out the second half of the Supercross series and maybe the first half of the outdoor series, the MXA wrecking crew showed up in North Carolina to help JGR keep Phil’s Suzuki RM-Z250 from rusting. Physics was a tough course in school to get a good grade in, but it is easy to learn from the seat of a motocross bike. We tell you all the forces, vectors and angles that combine to produce a high side. All you have to do is provide the body. This is not a KTM Factory Edition. It’s better than that. From its Cone Valve forks, which are air suspended, to its Kite wheels, this baby oozes trickness. Where can you get one just like it? At your friendly local KTM dealer. Every part on this bike came from the KTM catalog. Looking for product tests that give you a fighting chance to determinE whether the part is any good or not? We’ve got them by the bundle. Tyler Bowers’ 51Fifty Yamaha YZ250F was just sitting around why he healed up from a broken femur, so the MXA wrecking crew swooped in to ride his bike. With an engine doNE by Jamie Ellis and suspension by Dan Worley, who wouldn’t want to throw a leg over it. This is the newly minted four-time AMA Supercross Champion basking in the warm glow of propane, fireworks and smoke.

PLUS THESE STORIES AND MORE Need racing advice? MXA tells you ten things you need to do to become a winner, while Bone Bacon set you straight on suspension mistakes. Everybody remember the Harley-Davidson with forks on the back, but did you know there were Suzuki and Bultaco version also. Plus, this beat-up 2977 Suzuki RM370 sold for $70,000 at auction. 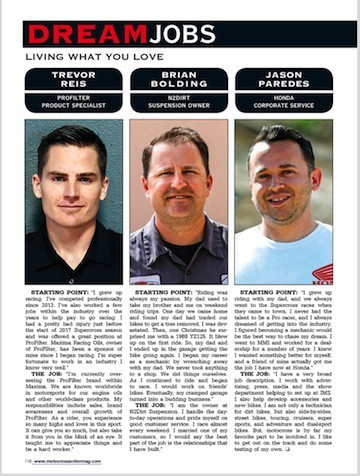 Meet three guys and four products that we need to know about.

SUBSCRIBE NOW BY CLICKING ON THE MAGAZINE STYLE YOU WANT