Rocky Mountain KTM announced last week that Shane McElrath would be joining their team to contest in the 450 class for the 2022 Supercross and Pro Motocross seasons. After a successful 2020 season in the 250 class while riding for Star Racing Yamaha and a long and prosperous tenure with the Troy Lee Designs Red Bull KTM 250 team, Shane’s 2021 Supercross season and his 450 debut with the MotoConcepts Honda team was hindered by a pre-season shoulder injury and a mid-season back injury. This meant Shane only raced three events this year. The picture below shows Shane McElrath leading Eli Tomac at his 450 debut in Orlando earlier this year.

MXA caught up with Shane at the Rocky Mountain KTM shop to hear about his tough 2021 season and learn how this new deal came about with the Rocky Mountain KTM team. Shane explained that he doesn’t know who his teammates will be or how many he will have, he shares that the team is moving it’s headquarters to Florida, talks about his injuries and excitement for 2022 here. 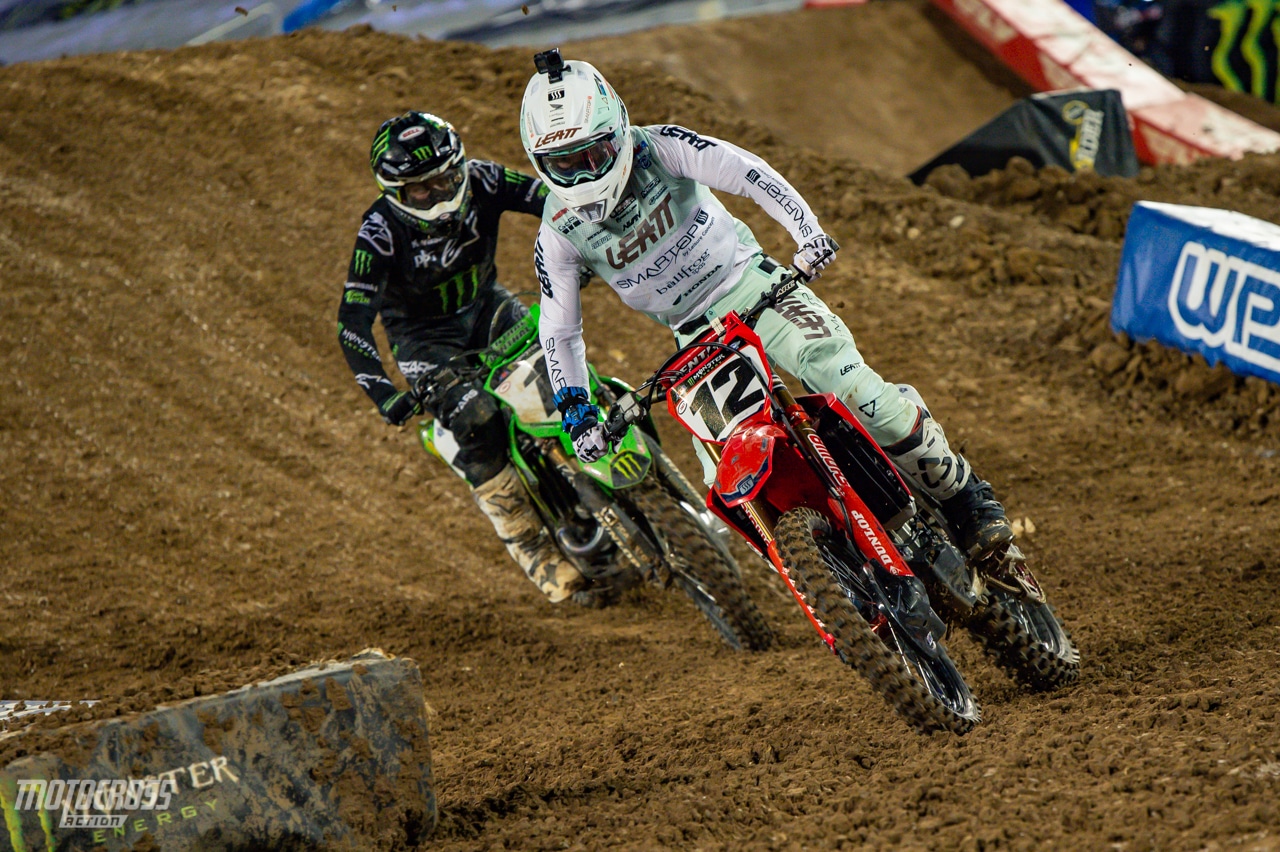 Here Shane McElrath leads Eli Tomac at the first 450 Heat race earlier this year in Orlando. Shane missed the first part of the season due to injury, but joined the series at Round 7, grabbed the holeshot and led Eli Tomac, Cooper Webb and more for five laps. Then, Tomac got by him and Shane finished second. Shane was fast on his Star Racing Yamaha 250. He finished second in the 2020 250 East Coast Supercross Championship behind Chase Sexton.