The AMA National series welcomes Southwick, Massachusetts, back to the schedule. The all-sand track, which doesn’t cover a whole lot of space, gets incredibly rough. This photo was taken before the racers laid knobby to sand. Justin Barcia was the fastest 450 qualifier for the first time this season. The JGR rider laid down an impressive lap in the opening 450 A session, edging out Eli Tomac by .05 of a second. Eli Tomac (shown) and Justin Barcia were the only two 450 riders to break the 2:02 lap time barrier. Tomac got whiskey throttle in the final qualifying session of the morning, blew through the banners, and laid it down. He’s okay and ready for the afternoon motos. Vocal about his qualifying times and how the races are what really matter, Ken Roczen put in the third fastest 450 lap time. And speaking of lap times, four of the top ten qualifiers in the 450 class came out of the B session. Those four? Tim Tremblay, Robert Marshall, Dakota Tedder and Shane Kelleher. There’s nothing quite look a smooth sand track! Blake Baggett logged the eighth fastest lap time in 450 qualifying, but had a big get-off in the final qualifying session of the day. Marvin Musquin only qualified 11th, but he did so in grand style. Christophe Pourcel is usually crafty in qualifying by biding his time and throwing down a heater at the end of the first qualifying session. Guess what? It didn’t work at Southwick, as the track got rougher and slower every lap. Pourcel managed 16th. Adam Cianciarulo jumped out front in both qualifying sessions. The clear track didn’t give him much of an edge. Adam qualified 10th in the 250 class. Looking to keep the number one plate after grabbing it from Joey Savatgy last weekend in Red Bud, things are looking good so far for Cooper Webb. He logged the fourth fastest lap. Two-stroke fans can breathe easy, because Gared Steinke qualified for the Southwick National with the 23rd fastest lap time. The top eight in the 250 class are separated by less than two seconds. Alex Martin (26) qualified sixth. 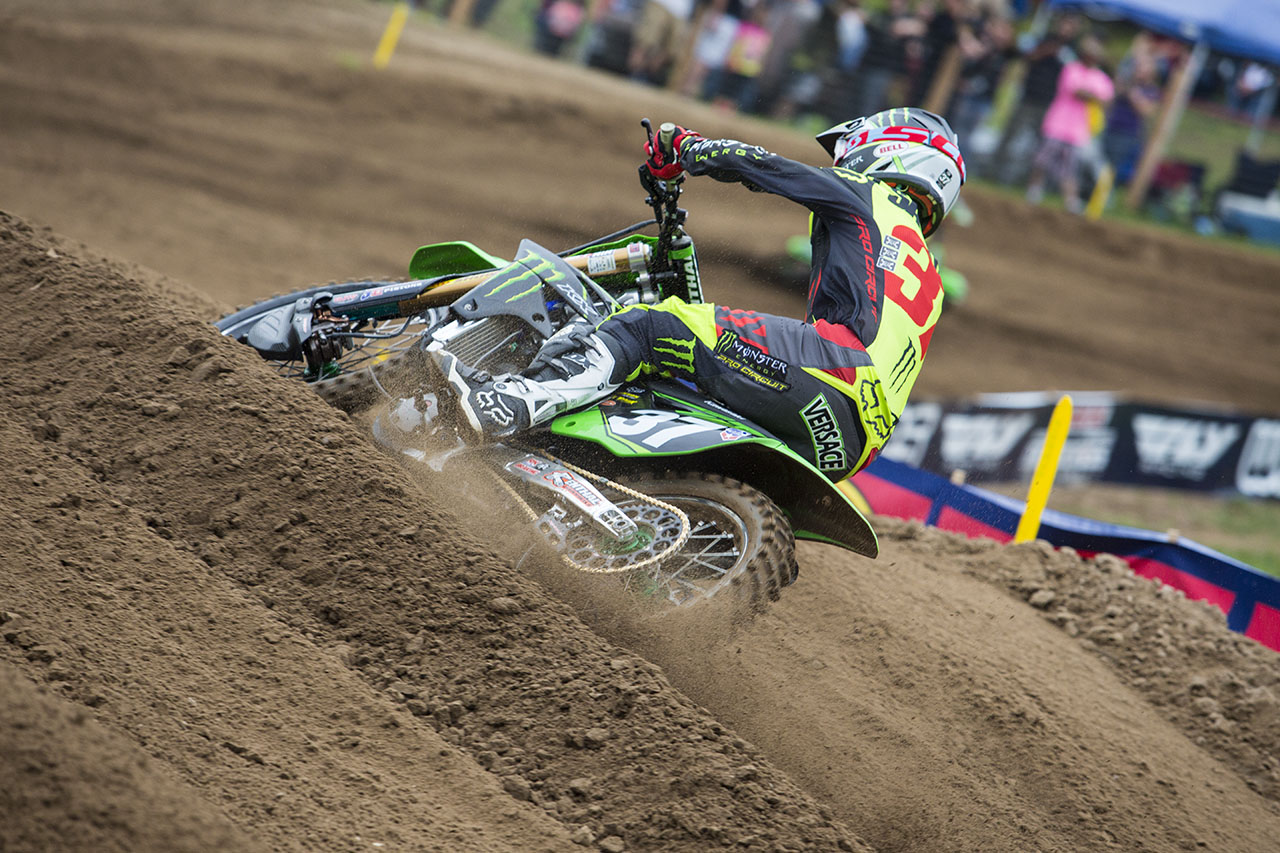 Joey Savatgy didn’t seem comfortable in the Southwick sand. He putted around in both sessions. Only later did the big board show that Savatgy was second fastest. That’s why they call it practice, folks. Zach Osborne had a few tipovers (two in the tree turn) on his way to 16th. Rookie Austin Forkner is obviously comfortable in the sand. The Missouri native was the fastest qualifer in the 250 class, at a 2:04.970. That time would have netted him ninth fastest in the 450 class.

HAVE YOU SEEN THE NEW MXA? JAM-PACKED WITH DREAM BIKES