Bubba is finally back. He would qualify eighth and get 10th in the first moto. He would pull off in the second moto on the fourth lap. 11 points is still something. Rookie Tristan Charboneau was among the returning. Ken Roczen does not like getting second place and to prove it he got the fastest qualifying time. He would later win with a 1-1 finish. Trey Canard was back too. He qualified fifth and would finish sixth overall. Jimmy Decotis qualified 18th in his second national this year. Regardless of his 35-18 finish, Decotis finished the day in 19th place. Weston Peick was poised for a top 10 finish after qualifying 13th. A crash in the race ended his day and possibly his season. Marvin Musquin fooled us when he qualified fourth. He finished the races second place. Alex Martin was hiding his speed during qualifying. While he qualified eighth, he would go on to get the holeshot in both motos and finish third overall on the podium. Home advantage? 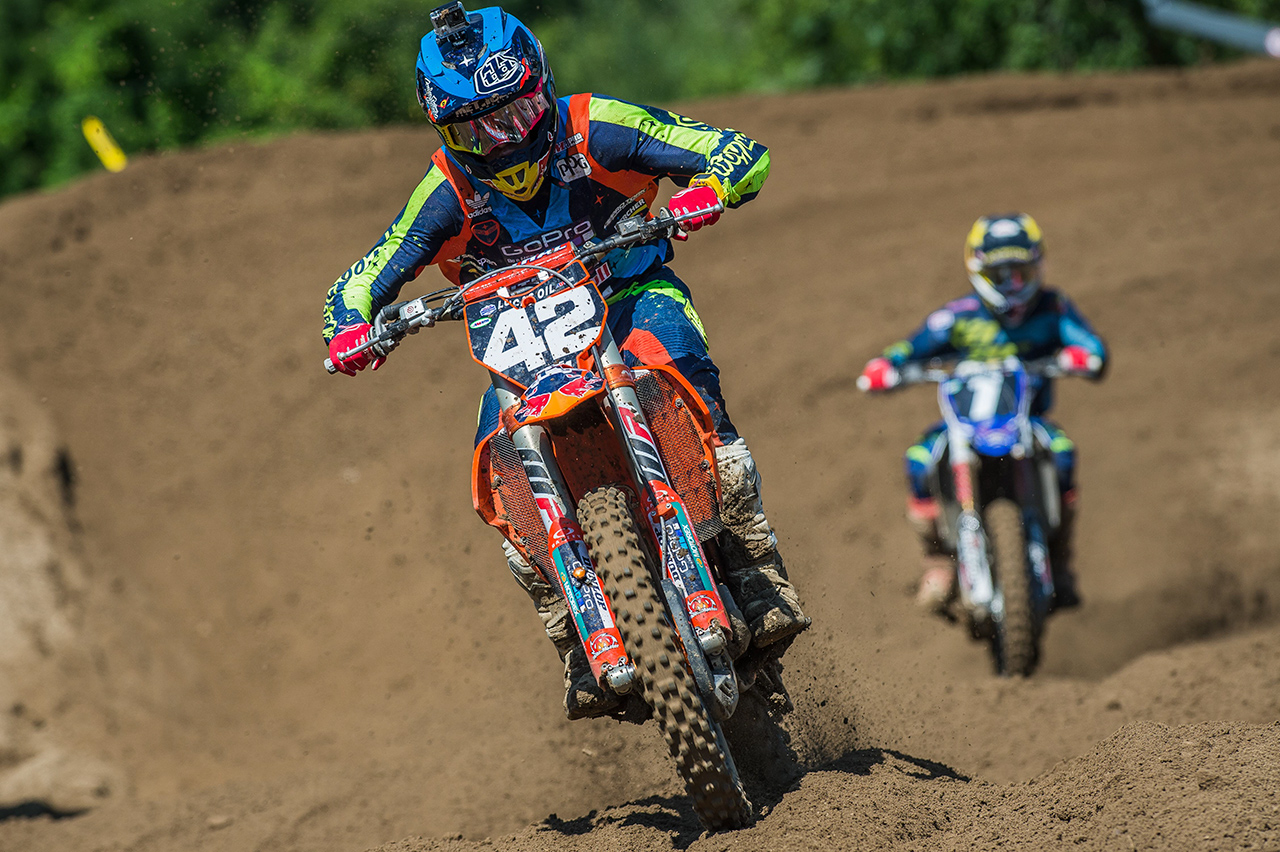 Joey Savatgy qualified first but was unable to make the podium.