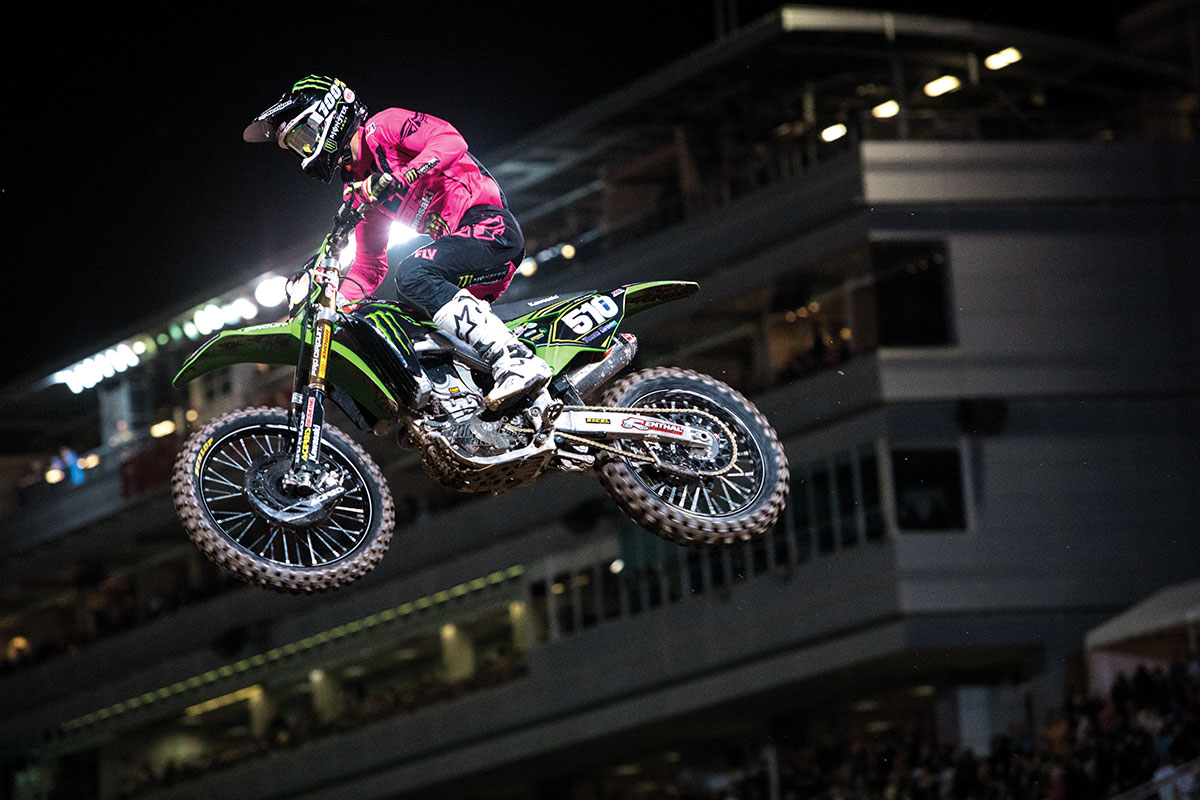 Pink motocross gear is not taboo, but outside of a race track no self-respecting racer would be caught dead in pink.

(1) Left before right. Left before right or right before left, depending on which hemisphere you are located in. Isn’t it weird that some riders have to put their left sock, knee brace and boot on before the other side. We have seen riders get fully dressed and then remember that they started with the right sock when it was supposed to be left. Believe it or not, they get undressed and start over to do it the “right way.”

(2) Leggings. It might be hard to explain to your non-moto friends that you wear Spandex leggings under your gear. These black leggings make even the manliest men look like an extra in the movie Flashdance. If the rider wears knee braces, the leggings are a necessity. We call them “knee-brace sleeves.” They eliminate chafing caused by the carbon fiber braces; however, if you don’t wear knee braces but still wear leggings, that’s weird. The late Jim Pomeroy shows yet another use for duct tape.

(3) Tape.Sports tape is commonly used for rider injuries, new and old. Yama-thumb, blisters, bad wrists, torn ACLs and hamburgered elbows all deserve a little loving care. But, what about the rider’s nipples? Are we even allowed to bring this up? In all seriousness, there is not an under-protector on the market that is soft enough on the skin that it doesn’t rub the tenderest spots raw. What else is a rider to do—wear a bra?

(4) Helmet drop. We have to be the only group of people who would buy a $500 helmet and then throw it on the ground to make sure it is scratched before riding in it. Worse yet, when we actually do crash and the helmet gets scratched again, we cry like babies.

(5) Superstitious. Motocross riders are some of the most superstitious people you will ever meet, but only on the day of a race. They come up with mantras to repeat on the starting line, engage in strange arm-waving exercises, bounce up and down on the seat, shake their heads until they are dizzy, and wear all colors and styles of lucky socks and underwear. Some even throw up before each race, while others get to the line two seconds before the gate drops. Somehow, in their minds, these rituals make a big difference in how well they do.

(6) Gas check. Luckily, most modern motocross bikes don’t have fuel petcocks. Why is this a good thing? Because an outsider looking in would think that a motocrosser has the memory of a goldfish. Is the gas on? Yep. Am I sure? Yep. Hold on, let me check it 10 more times before the gate drops. (7) Gossip. While it is the norm for girls to gossip about boys, co-workers or friends, it isn’t common for men to waste time gossiping about mundane things—unless those mundane things are about motocross. “Hey, Bill, I heard Jimmy big-bored his 250cc to a 290cc. I think that is why he has been beating us lately.” “I heard from a guy who knows a guy at KTM that the 2022 KTM 450SXF will come with cruise control.” “I saw a photo on Instagram of a TM 250 two-stroke with the number seven on it. I bet that James Stewart will be racing one in this year’s Nationals.” “I thought Ron said he was an AMA Pro back in the day. What’s he doing in the Vet Novice class?” If pink gear is too much of a fashion faux pas for you, how about a totally pink motocross bike.

(8) Colors. It is said that real men don’t wear pink. But, not only do motocross riders wear pink, they get away with wearing pink with polka dots or black from head to toe or flo yellow helmets with matching boots or electric blue with green stripes. Motocrossers love wildly colored gear, but they wouldn’t be caught dead walking down the street wearing anything that resembled what they wear at the track. “Excuse me, but I think I see an opening.” (9) War. Is it weird that your best friend off the track can be your sworn enemy on the track? Something happens when a rider puts on a helmet. It is like he is getting ready for battle.