RCH/Yoshimura/Suzuki Factory Racing will field a pair of Suzuki RM-Z450s in 2017 for riders Broc Tickle and Justin Bogle and will once again compete for championship honors in Monster Energy AMA Supercross, an FIM World Championship and the Lucas Oil Pro Motocross Championship with full factory support from Suzuki Motor of America, Inc..

Tickle returns to the seat of the No. 20 Suzuki after spending the previous four seasons with RCH. Last season, the former Cary, N.C., resident was fifth in points and off to his best Pro motocross start since 2012 before being sidelined for the final third of the campaign after suffering an injury at Spring Creek. Bogle, the 2014 Eastern Regional 250 SX class champion, makes the move to RCH from Geico Honda where he will pilot the No. 19 RM-Z450. The Cushing, Oklahoma native notched one top-five and six top-10 finishes during his rookie 450 class Supercross season. 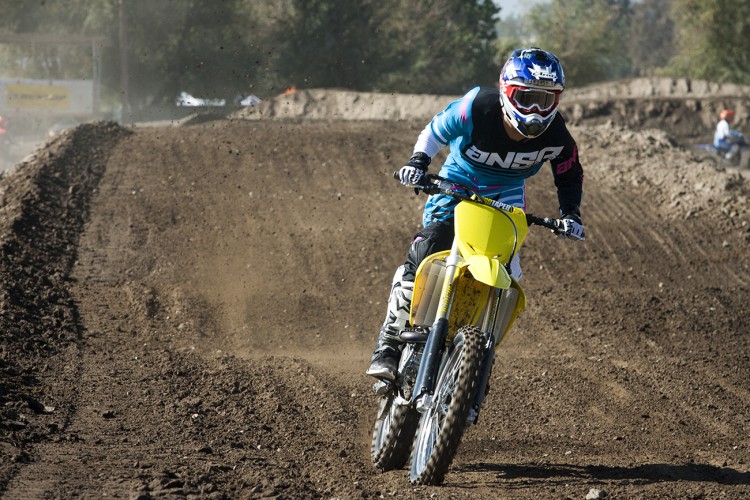 Justin Bogle was spotted more than a month ago at Milestone Raceway putting some laps in on a Suzuki RM-Z450. We put two and two together. The secret is finally confirmed.

“Combining the strengths of RCH, Yoshimura, and Suzuki into a single factory racing effort has been rewarding,” said Kerry Graeber, Vice President, MC/ATV Sales and Marketing for SMAI. “And with Broc returning and Justin joining the Suzuki family, we are eager for the 2017 season to begin.” RCH is coming off its most successful season to date after finishing second in the 2016 Monster Energy Supercross Championship and collecting its first premier class title where Ken Roczen rode the No. 94 Suzuki RM-Z450 to the Lucas Oil Pro Motocross Championship.

“Broc has been with RCH since 2013,” said RCH Racing co-founder Ricky Carmichael. “He’s one of the sport’s most respected veterans and one of those guys who gets better every year. We’re really happy to keep Broc in the mix at RCH and to bring him along with us as part of our Suzuki Factory effort. Justin won a championship in the 250 class and has shown great promise on a 450. We’re excited to see how quickly he meshes with Broc, the team, and our championship-winning Suzuki RM-Z450.”

“After winning the 2016 Lucas Oil Pro Motocross Championship this summer, we’re chomping at the bit to get back racing,” added fellow RCH Racing co-founder Carey Hart. “We have been working alongside Suzuki and Yoshimura to refine this new program for 2017. We are excited to have Broc back and to be able to bring a rider of Justin’s caliber on board.” RCH/Yoshimura/Suzuki Factory Racing will be led by team manager Kyle Bentley and will make its 2017 debut January 7th at the Monster Energy Supercross season opener in Anaheim, Calif.