A beard of mud isn’t how Joey Savatgy wanted to end the season. For as many bad second motos he had, the 2016 season he showed great improvement and promise for the 2017 season. Fox is known for their butt patches, and this weekend they made one to match Ken Roczen’s demeanor. Be prepared to see this a lot next year. Austin Forkner (center) earned his first overall win at Crawfordsville. Aaron Plessinger finished the season strong. That’s his father, Scott, who was a famous off-road racing legend, next to Aaron. Aaron Plessinger put the hammer down off the start. Notice the compressed forks and shock. There is a number one hidden in Cooper Webb’s plate. Alex Martin put in a strong ride for fourth overall. Joey Savatgy had a strong first moto. However, he DNF’ed the second moto for the third week in a row. Since Tennessee his second motos have been dismal. 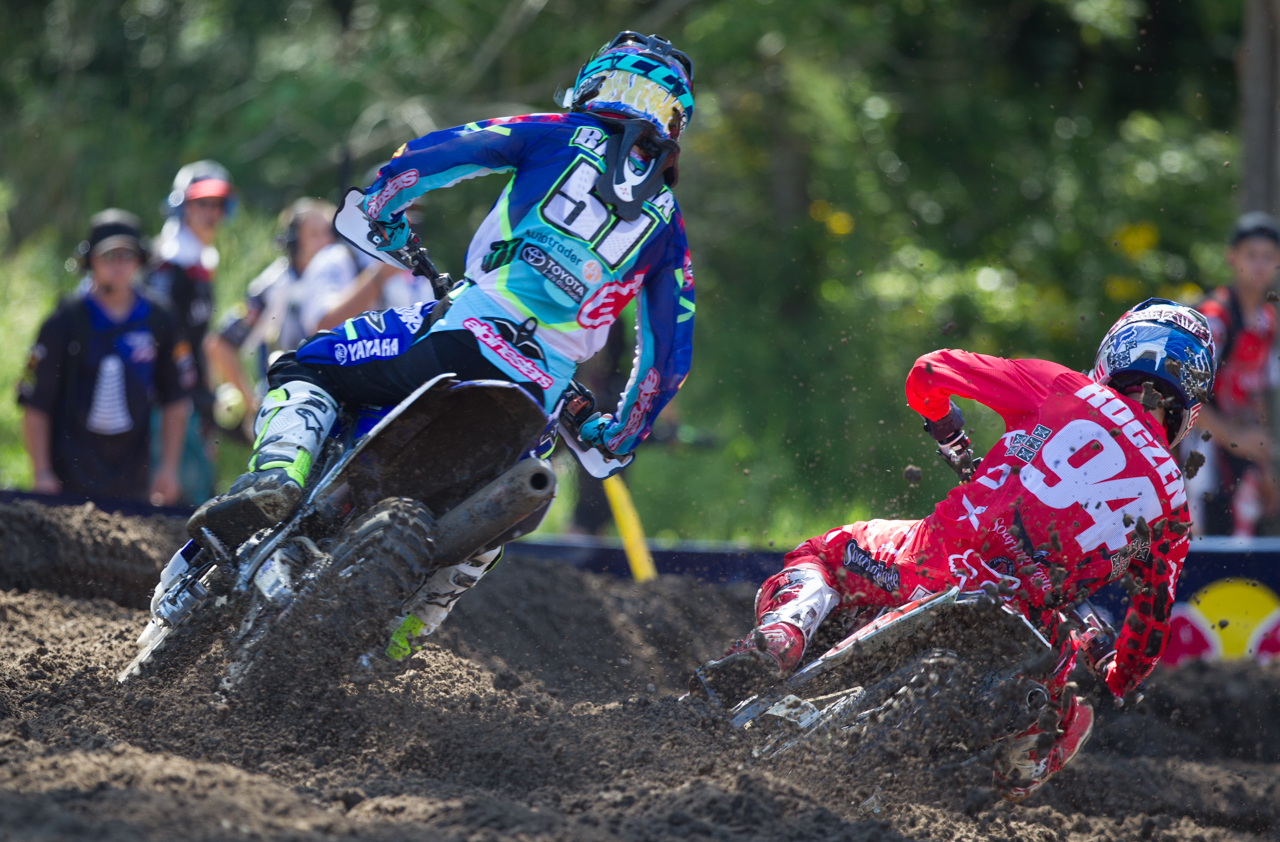 Justin Barcia was finally showing some speed, but still didn’t have the speed to challenge Roczen. “El Hombre” is back. While Jason Anderson has been aggressive and prone to making mistakes, this is his first season he has missed due to injury. The Ironman trophy and bubbly.