Cooper Webb won his second consecutive 250 West championship in a nail biter. Webb had broken his wrist during the 250 West break and had to gut it out in Las Vegas. Trey Canard slipped more than once in the whoops during the main. Joey Savagty fends off Colt Nichols. Savatgy came up one point short of clinching his first 250 Supercross title. He should be back in 2017, and will be considered one of the front-runners for the title. Mud roost is brutal. Alexander Frye got his share of it on Saturday. The 250 East rookie finished 14th in the point standings. Eli Tomac was able to recover from a mediocre start and was gifted third place after a mistake by Ken Roczen. 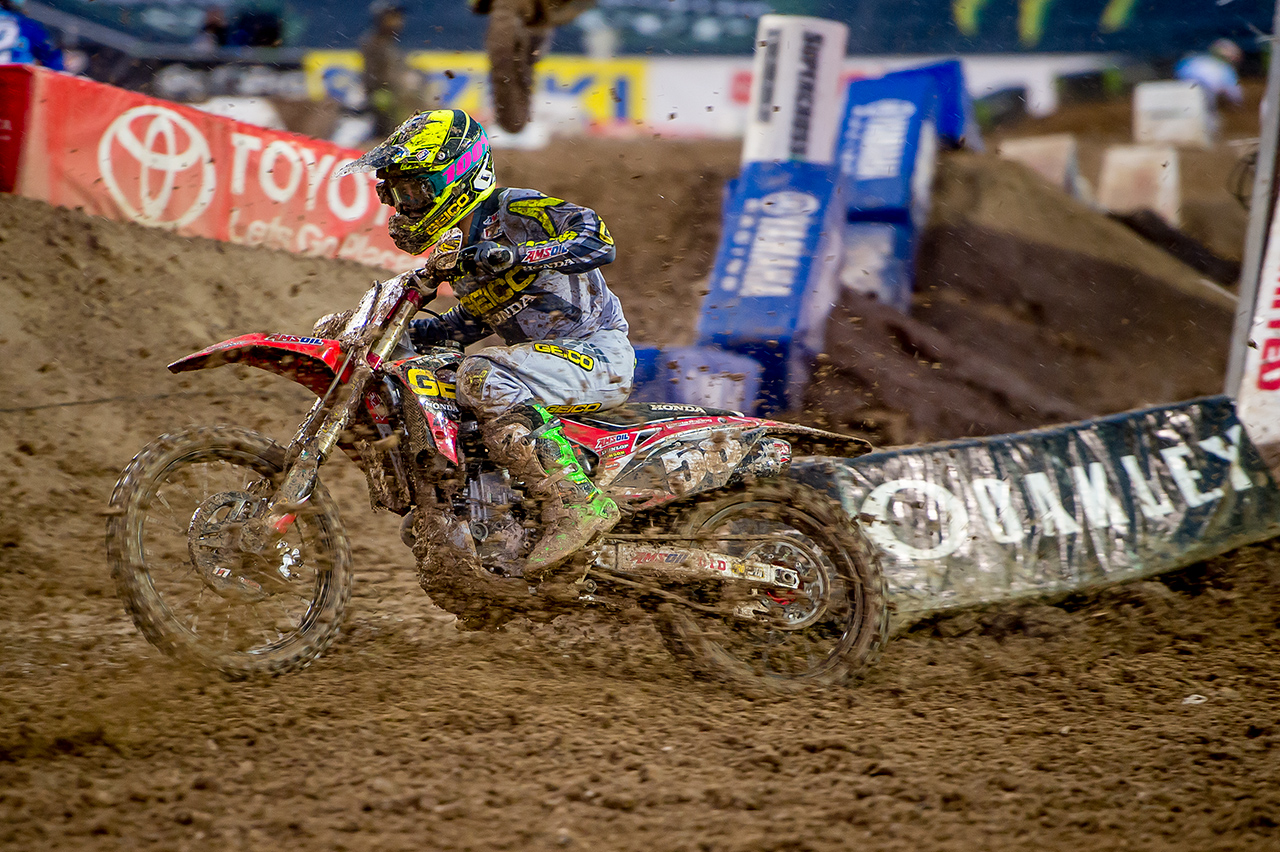 Zach Osborne had the fastest laps of the night (excluding Jeremy Martin and Aaron Plessinger, who were down a lap). Zach started 11th and rode up to second place. All of those years racing the varied conditions on the GP circuit paid off Saturday night. “Captain America” Ryan Dungey put on a great demonstration of his skills in terrible conditions. Dungey won his ninth Supercross of the year in Vegas. 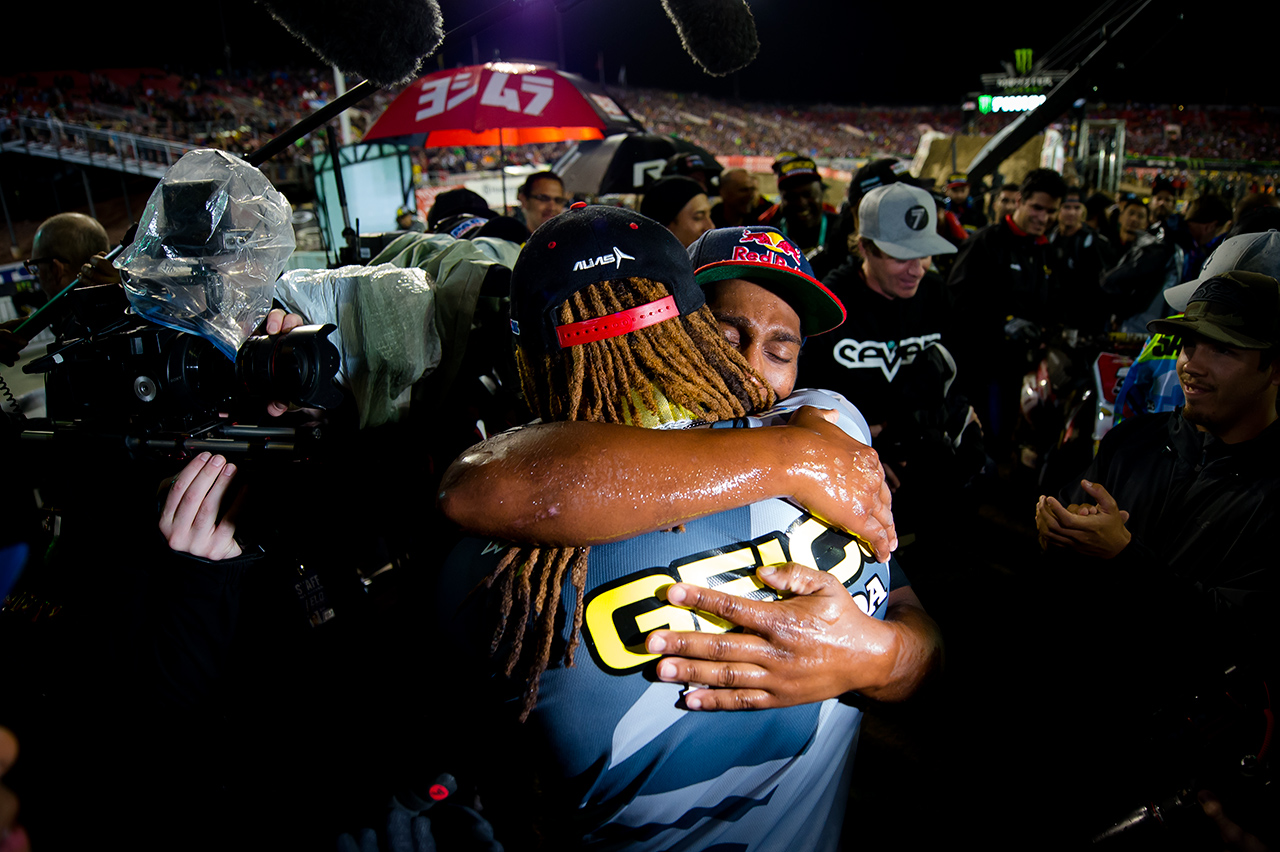 James Stewart hugs his brother, Malcolm, after little brother won the 2016 East Coast Championship. Both brothers have a 250 Supercross Championship. Justin Barcia was able to get tenth place. Frank Latham walks Marvin Musquin’s bike out to the gate. Mike Alessi takes a tumble. When all was said and done on Saturday night, four points separated 10th from 14th. Alessi ended up 12th in the series. Chad Reed didn’t have the best start, but the Australian is no stranger to mud. He moved up to fourth place while jumping the triple that Ryan Dungey wouldn’t even attempt. Weston Peick had a great run in the heat race before blowing out the top of the last turn before the finish. The mistake put him in the semi, where he wasn’t able to recover. 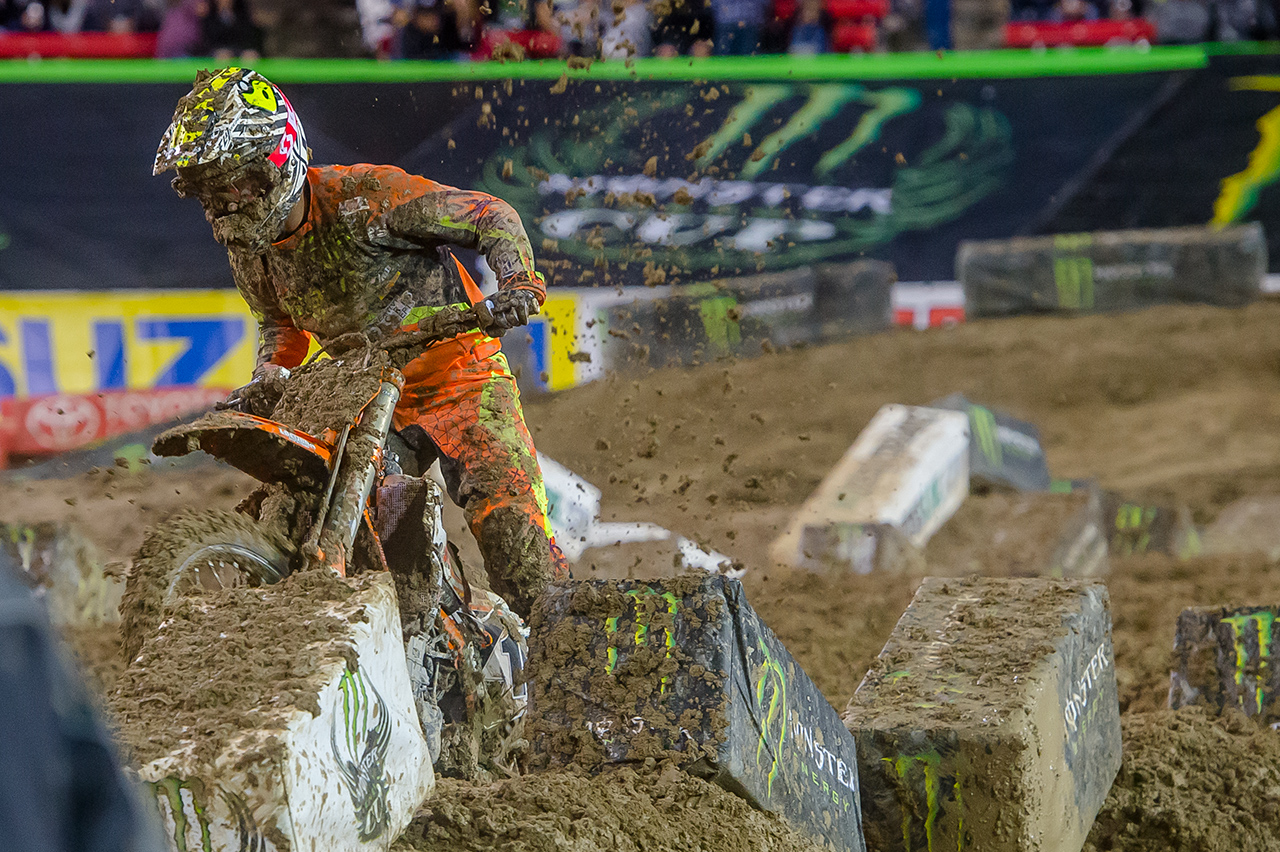 Justin Brayton struggled to get into the main after having raced the LCQ. Once in the main event, he bounced back with a seventh place. 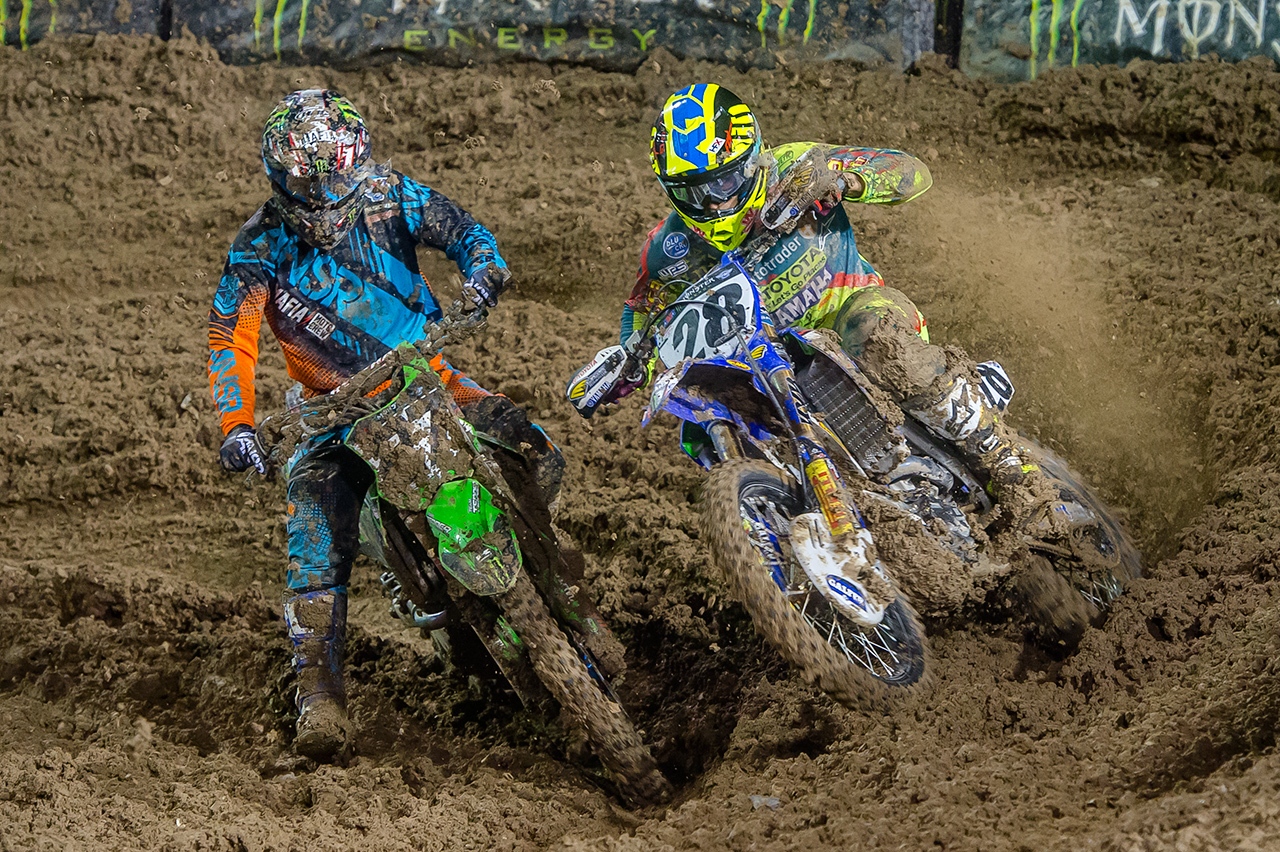 The privilege of dominating a muddy main is that you stay fairly clean until you come upon lappers. Joey Savatgy demonstrates. Martin Davalos was part of the pileup at the start that also involved Jeremy Martin and Shane McElrath. He came back to finish 11th. Yamaha had a banner printed in celebration of Cooper Webb’s second consecutive 250 West Supercross title. Webb will apparently move up and be on Yamaha’s 450 factory effort next year. 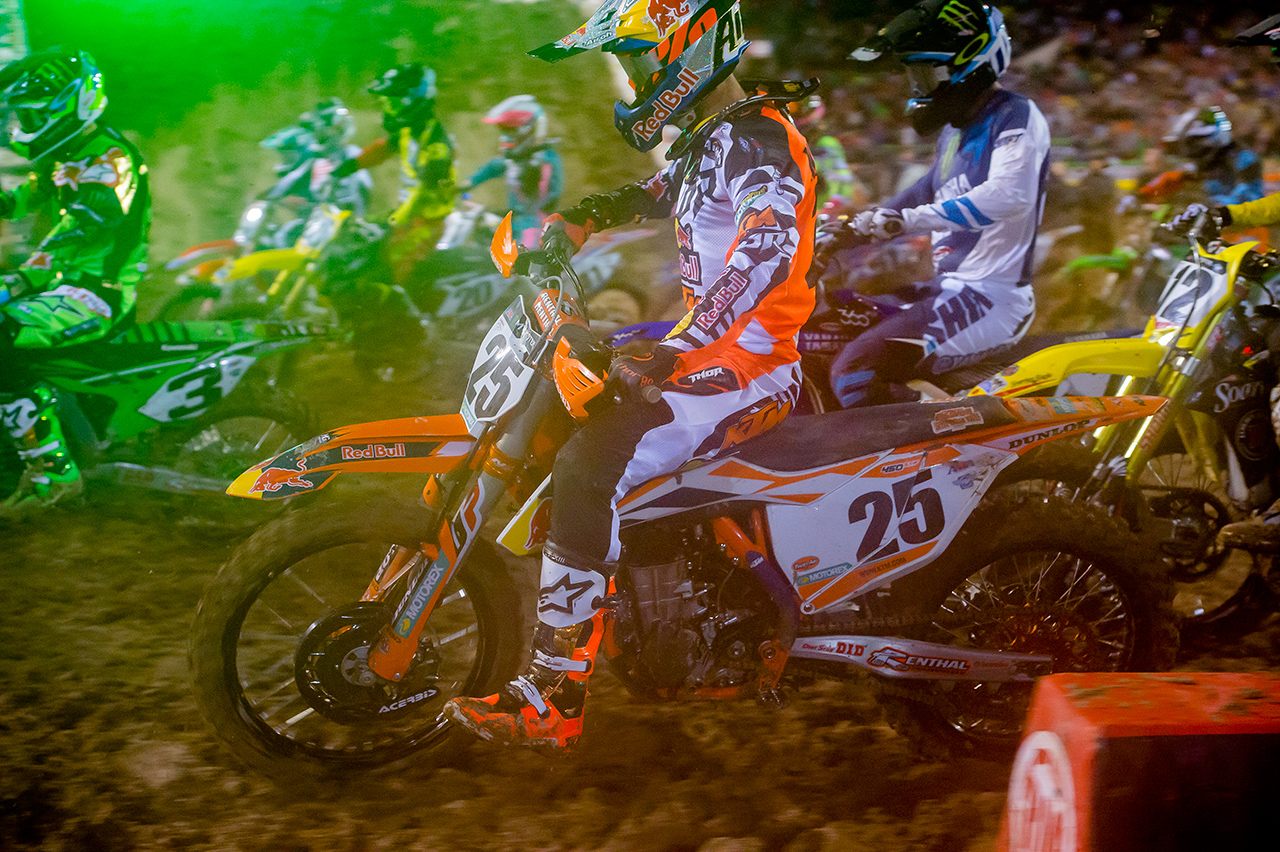 Marvin Musquin navigates the first turn. Bike troubles and a crash forced him out of the main event prematurely.