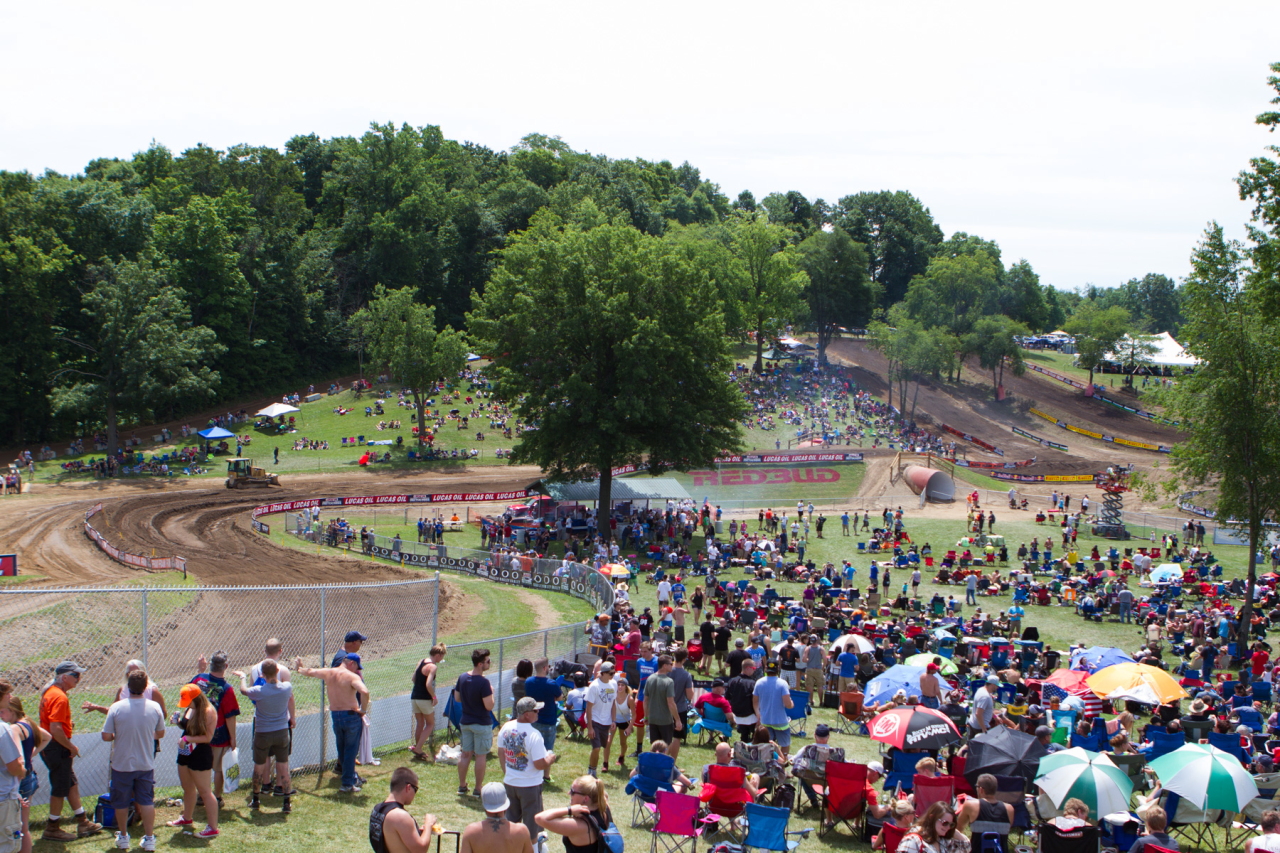 The stage is set for the Americanized sport of motocross at Red Bud. While it didn’t start here, we sure adopted it quickly. Mike LaRocco came out to do some riding for the festivities. Yamahas in a sea of Kawasakis. Finally, Cooper Webb gets the red plate. Those 1st place 100% gogglesare getting a workout on the podium lately. Webb had them during his Supercross championship run. A crowd-surfing fan. The kind of surf photography John Kerr doesn’t dabble in. Team Soaring Eagle Jimmy Johns RCH Suzuki is back with a first (Ken Roczen in Red) and a third (Broc Tickle in White). Adam Cianciarulo ended his day in sixth. It is the first time he has finished ahead of Joey Savatgy this season. Cooper Webb has found his groove. If he keeps it up he just may be the 2016 AMA 250 National Champion. Joey Savatgy shows he is a student of Ricky Carmichael. Only he is grabbing his helmet from the side and not the front. Justin Bogle is poised to get the holeshot. He got it in both motos at Red Bud. Broc Tickle ended third overall for the second week in a row. Bam Bam is looking snazzy in his all-American Alpinestars gear. Cooper Webb is ready for the gate drop. Shane MacElrath gets the holeshot in the second moto. No acts-of-God or race-ending-crashes this week for Alex Martin. He finished second overall. Tyler Bowers (53) is right behind teammate Eli Tomac (3) on the start. Bowers is filling in for Josh Grant. He would finish 20th overall. Blake Baggett ended the day 7-5 sixth overall in the 450s. Zach Osborne finished 5-2 for an 3rd overall on his Husky FC250. INTERVIEW OF THE WEEK: BROC TICKLE