Mitchell Oldenburg has been the most consistent rider on the Troy Lee Designs team. He is 10th in points. Benny Bloss was BTO/KTM’s bright spot in what was a very bad weekend. The BTO trailer caught on fire the night before the race and the team bikes were destroyed. Martin Davalos has shown improvement throughout the season. Everywhere there is a podium there are fans. Ken Roczen blazed to a 1-1 finish at Unadilla. Cooper Webb will look to wrap up the 250 National Championship this upcoming weekend at Budds Creek. 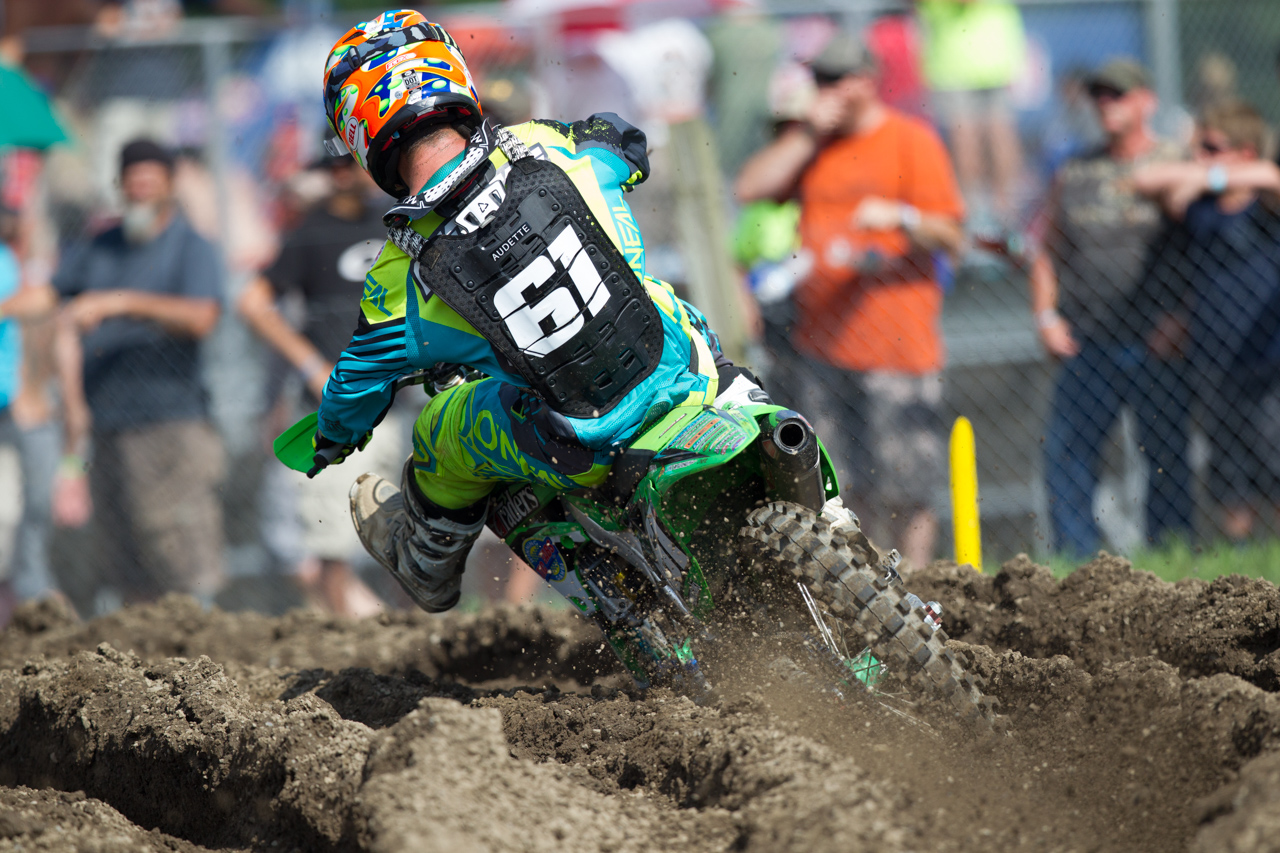 Austin Forkner may be the next big name that Kawasaki is looking for. Forkner has had a remarkably good rookie season. He finished third overall at Unadilla and led for most of the second moto. Justin Barcia is up to fourth in points, but he is not riding at the level we saw him at last year. Cole Martinez tried to fend off Benny Bloss. Benny eventually got around. Alex Martin was hampered by mistakes and a bad stomach. He finished 13-5 for seventh overall. Adam Cianciarulo got the holeshot in the first moto, but a 4-33 finish gave him 11th overall. WATCH THE UNADILLA 250/450 NATIONAL IN UNDER 4 MINUTES