Eli Tomac earned his second 450 overall for the 2016 AMA 450 National with a win at Washougal. Eli also won Southwick. James Stewart returned for a second time and finished one moto for the second time. The blisters story is getting all the play, but that doesn’t account for James barely making the top ten before the blisters kick in. He has some work to do in the off-season. 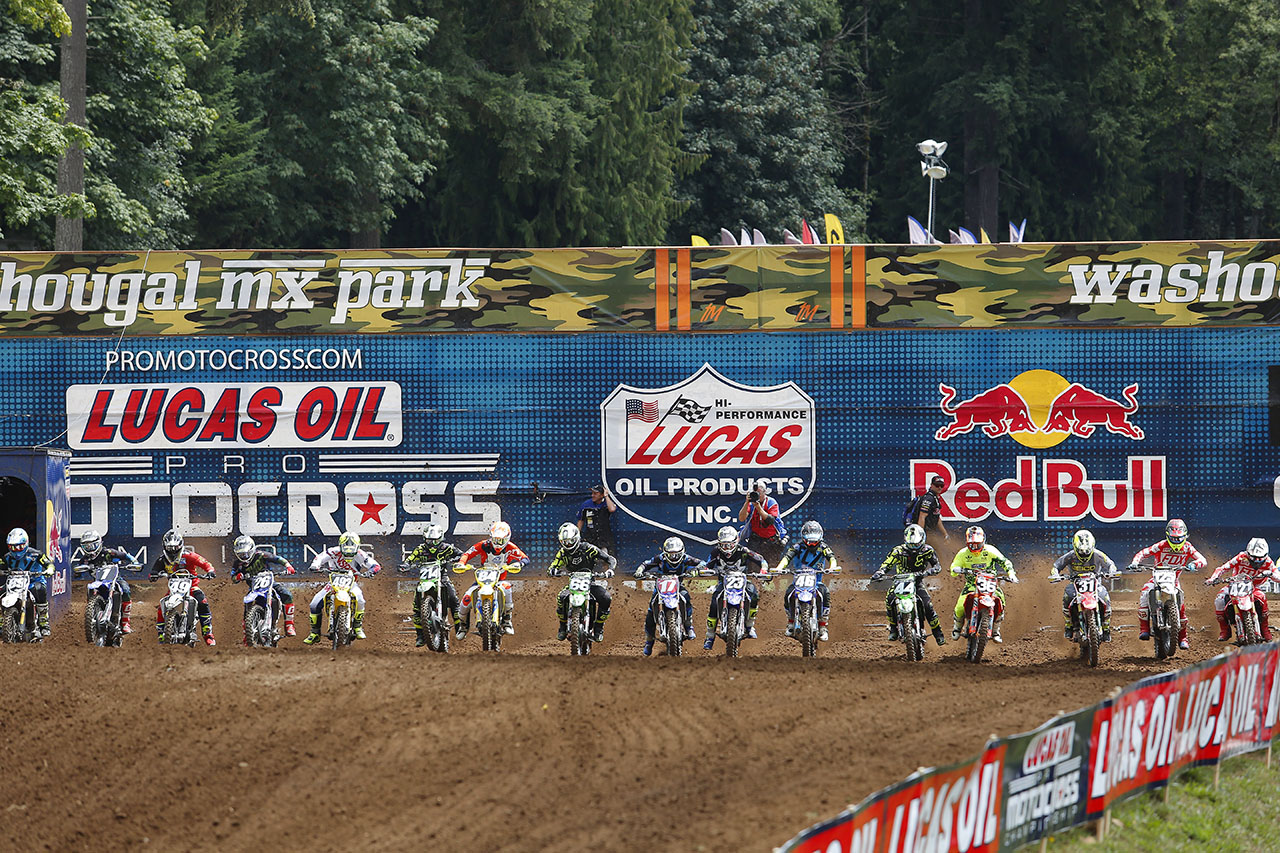 The first 250 gate drop. How many of these riders can you name? Alex Martin got his first-ever moto win at Budds Creek last year, but didn’t win the overall. He got his first overall at Glen Helen this year, but without a moto win. At Washougal, he put the two together a 1-2 for the overall victory. Northwest native Justin Hill returned to action and was flying. He finished 8-4 for fifth overall. Joey Savatgy was out to gain in the points chase that he once led. Bar banging with Cooper Webb hurt Joey and innocent bystander Jeremy Martin. Oddly enough, Webb’s brake check on Savatgy worked to Cooper’s favor. Marvin Musquin has been a solid rider in the 450 class. While still a rookie, he may have the pace of the top dogs when they return from injury…next year. It is easy to miss riders like R.J. Hampshire in the stacked 250 class, but the Geico Honda rider has put up a great fight throughout the season. Unfortunately, 18-14 at Washougal wasn’t a season highlight. Justin Brayton had a good first moto, but a DNF in the second moto forced him to walk away with only eight points. Justin is still eighth in 450 points. 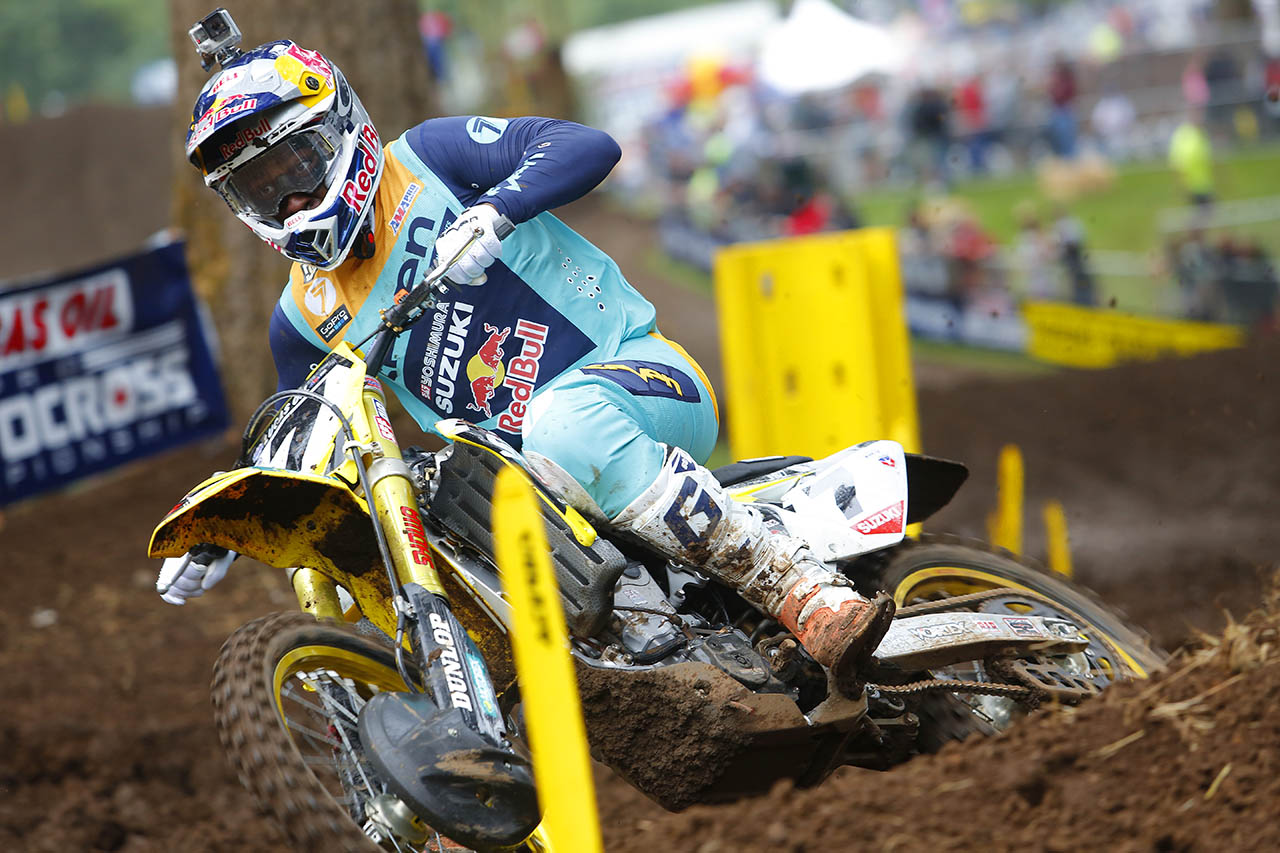 James Stewart is fun to watch when he’s fresh, but you have to watch quickly, because he’s catching the early flight home every weekend. Arnaud Tonus is eighth in the 250 point lineup. He also finished eighth overall at Washougal. Washougal has a loyal following of hardcore fans. This is the Northwest’s only AMA National. 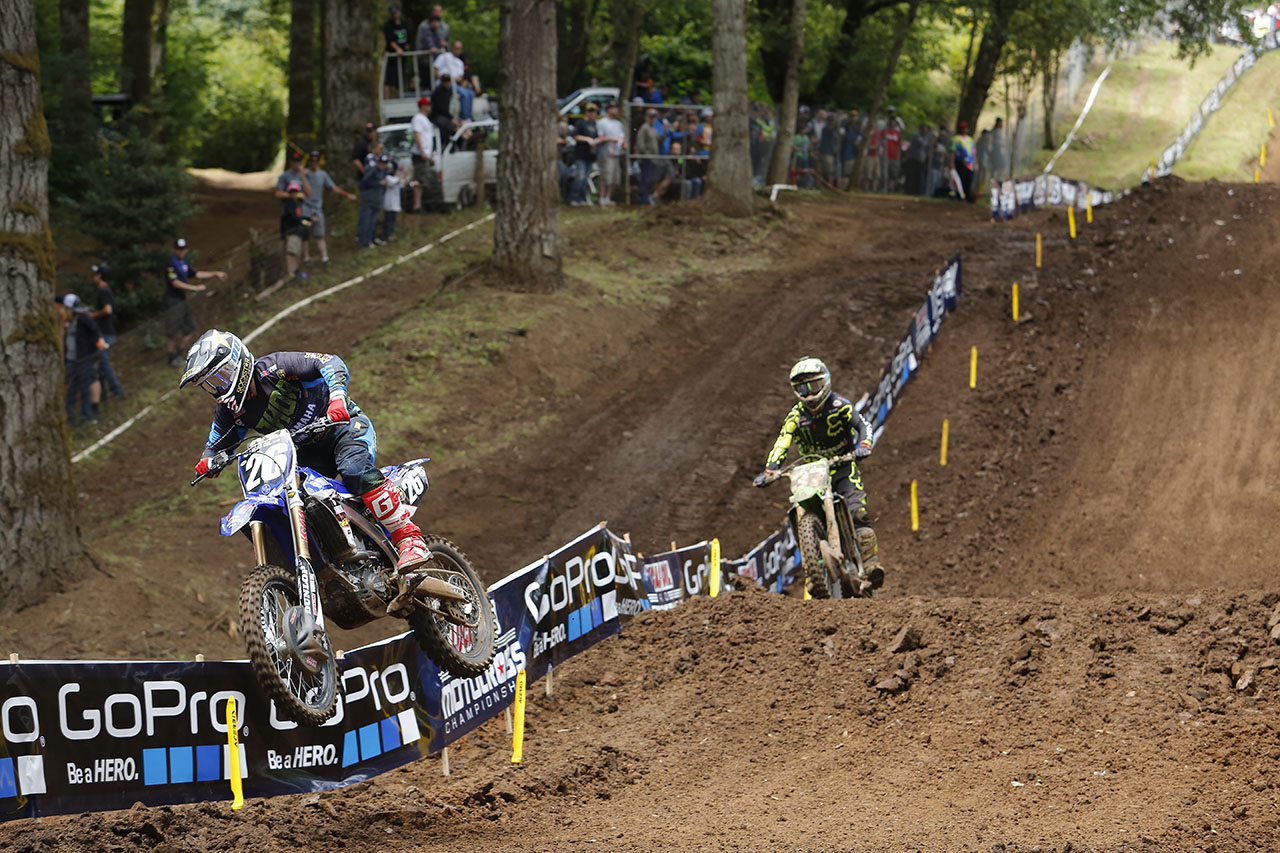 This is the first 450 moto start. While it looks like BTO riders Andrew Short (29) and Justin Brayton (10) have it, Phil Nicoletti (34) swept around them from the outside. Christophe Pourcel  put on a good fight against Eli Tomac in the first moto before the Frenchman’s gnarly flying “W.” 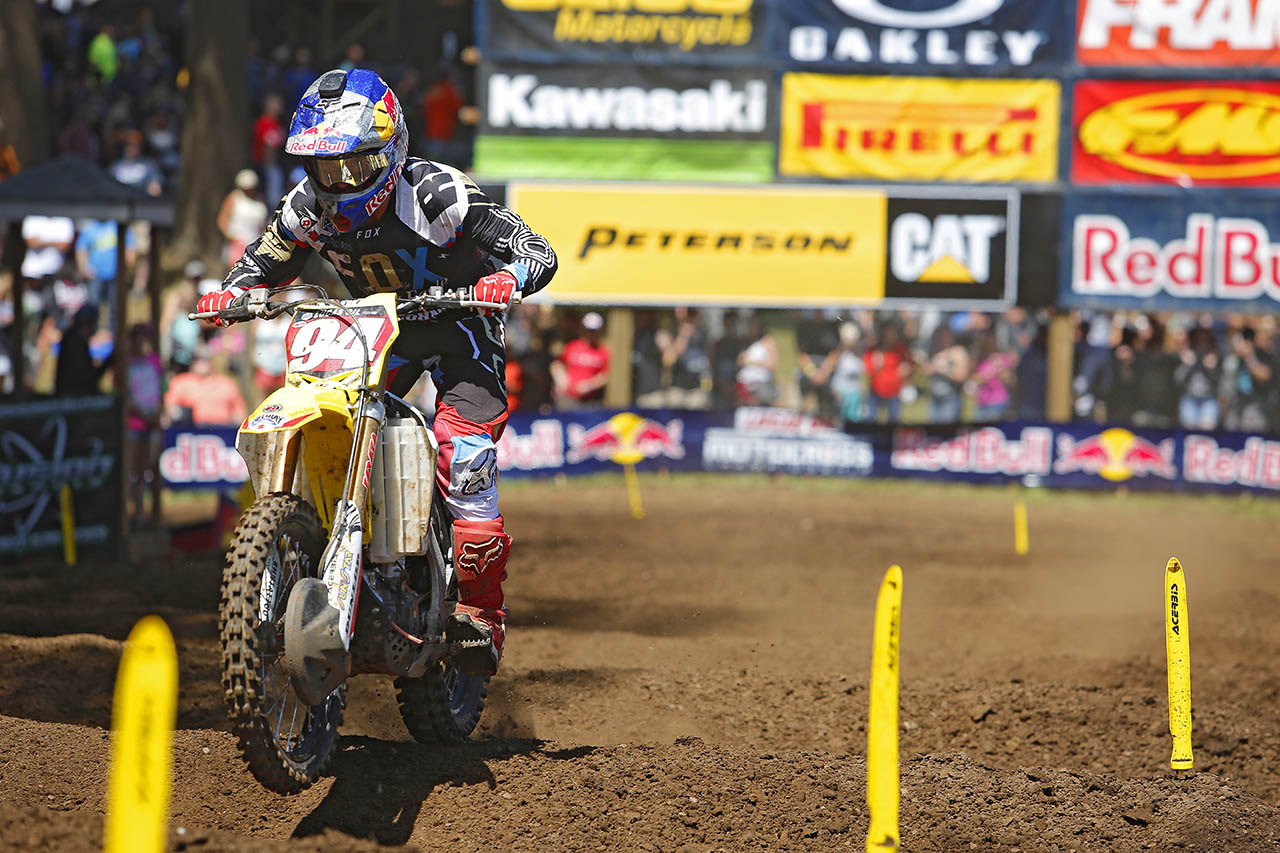 Ken Roczen (94) rarely goes down without a fight, but in the second 450 moto he sat up momentarily to let Eli Tomac by. He said he wanted to see Eli’s lines, but Eli didn’t give him much of chance of that. Ken is obviously going into conservation mode, because the only way he can lose this title is to injury. 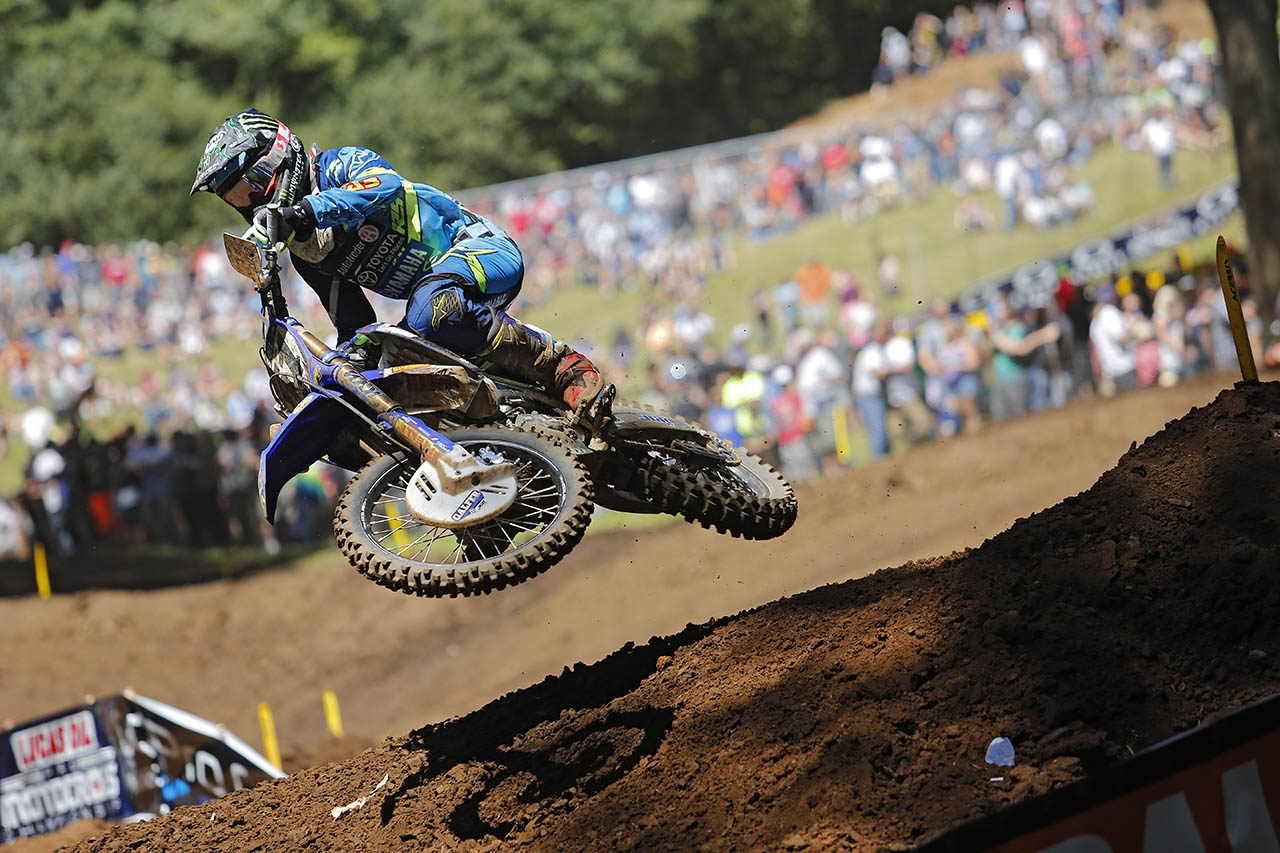 Justin Barcia had a dismal first moto, finishing 10th, but put in a hard charge to placed fourth in the second moto. Justin was 5th overall. Austin Forkner (214) capitalized on the Cooper Webb versus Joey Savatgy feud to win the second moto for a 10-1 day. Jeremy Martin (1) got caught up in the Webb/Savatgy melee—and DNF’ed the moto. Not only was Jessy Nelson back; he placed third overall in the second moto. Cooper Webb only has three races left in the 2016 season. He could come out of the year with a 250West title and the 250 National Championship. 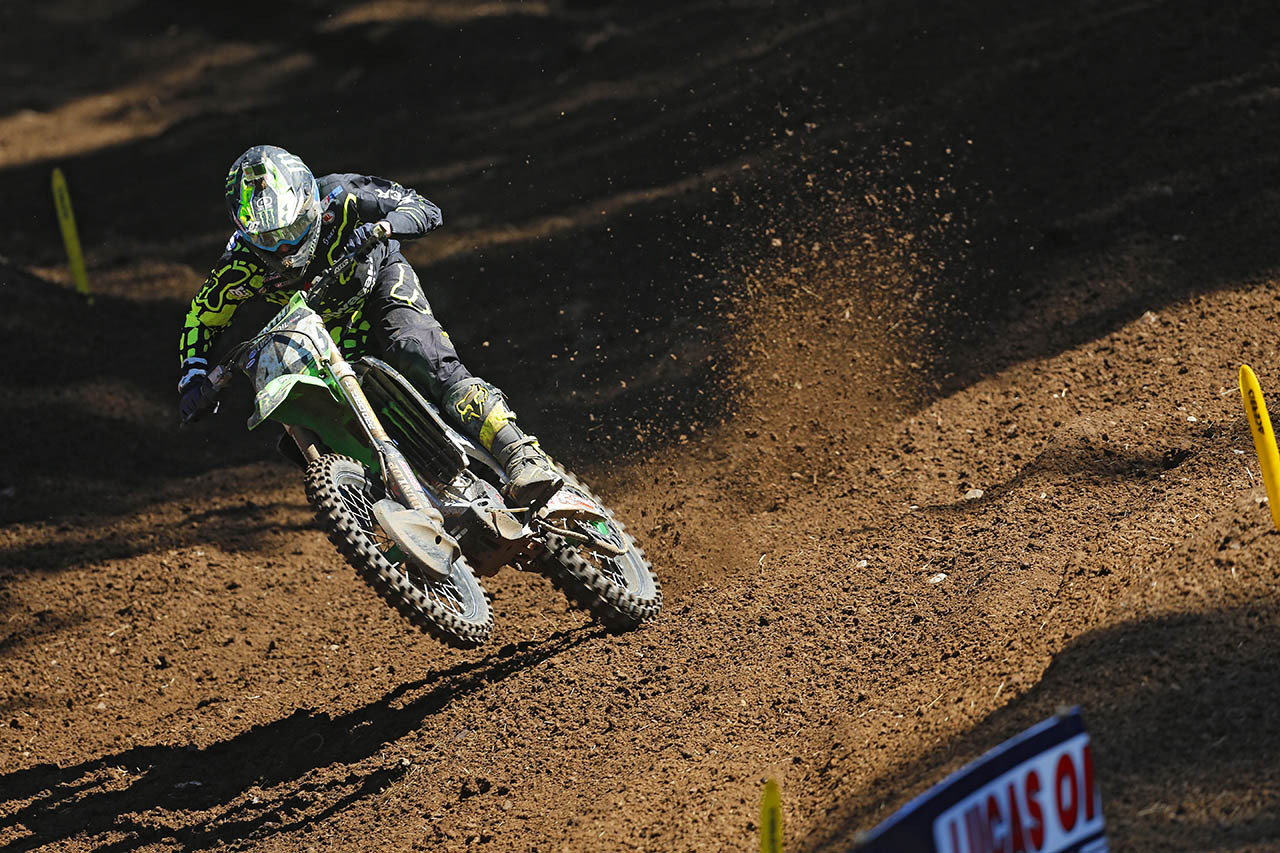 Adam Cianciarulo has been charging hard the last few weeks and went 6-7 at Washougal. This is team KTM (with the notable exception of Ryan Dungey).